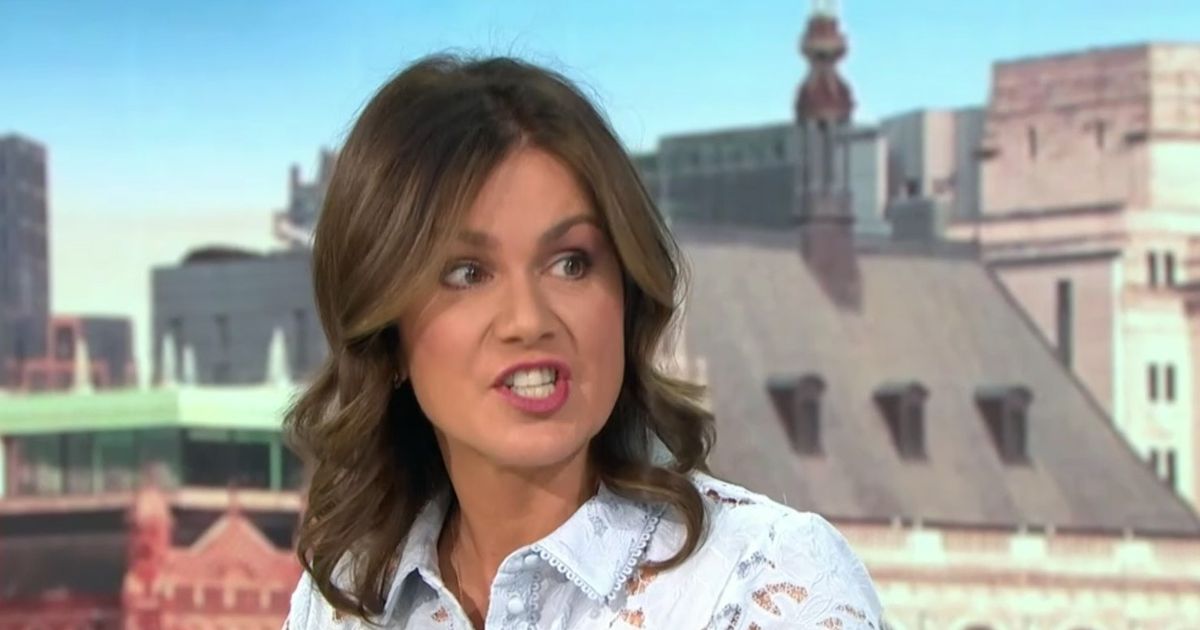 MP Edward Argar appeared on the ITV breakfast show this morning, where she quizzed him over the Prime Minister’s attendance at a drinks party during the first lockdown.

100 people were invited to the party to “make the most of the weather” and asked to bring their own alcohol back in 2020, where other people were being told they could only meet one person outside their household.

Mr Johnson laughed as he refused to deny whether he attended the party during an interview yesterday as he said he couldn’t comment on it as there was an internal investigation into the series of alleged lockdown breaches.

Susanna Reid quizzed the health minister over the party
(

On today’s show, Mr Argar was initially asked if he himself attended the party, to which he denied as he said: “I didn’t attend any parties in Downing Street, I don’t work at Downing Street. At that time in 2020, I was conducting pretty much all my meetings on Zoom and Teams, including with yourselves and other media.”

“I don’t know the answer to your question,” Mr Argar replied.

Richard Madeley then asked: “Come on, you must have your suspicions. If he’s not denying it again, he must have gone.”

Mr Argar insisted: “I don’t know, I wasn’t there and I can’t speak from personal experience.”

However, the hosts refused to let the question go and quizzed Mr Argar on the PM’s attendance at the party.

“It’s the hypocrisy that’s been shown by this news,” Richard added, “It’s in black and white. We can all read the email.”

Boris Johnson refused to answer questions about the event yesterday
(

Mr Argar, later, said he agreed why the Prime Minister couldn’t speak about it due to the internal investigation, but Susanna was shocked by his claims as she said she didn’t understand why Mr Johnson had to ask Ms Gray if he was at the party.

“He didn’t take it seriously yesterday Mr Argar, when he was asked about it, he laughed. If he took it seriously, why didn’t he ask the question, and either say, no I wasn’t there or yes I’m sorry, it was a breach of the rules and I wasn’t there.”

Yesterday, Mr Johnson laughed as he refused to answer questions over the event as he made a visit to a vaccination clinic on Monday.

Asked if he and his wife Carrie attended, Mr Johnson said: “All that, as you know, is the subject of a proper investigation by Sue Gray.”

And pressed on whether he had been interviewed by Ms Gray, he said: “All that is a subject for investigation by Sue Gray.”