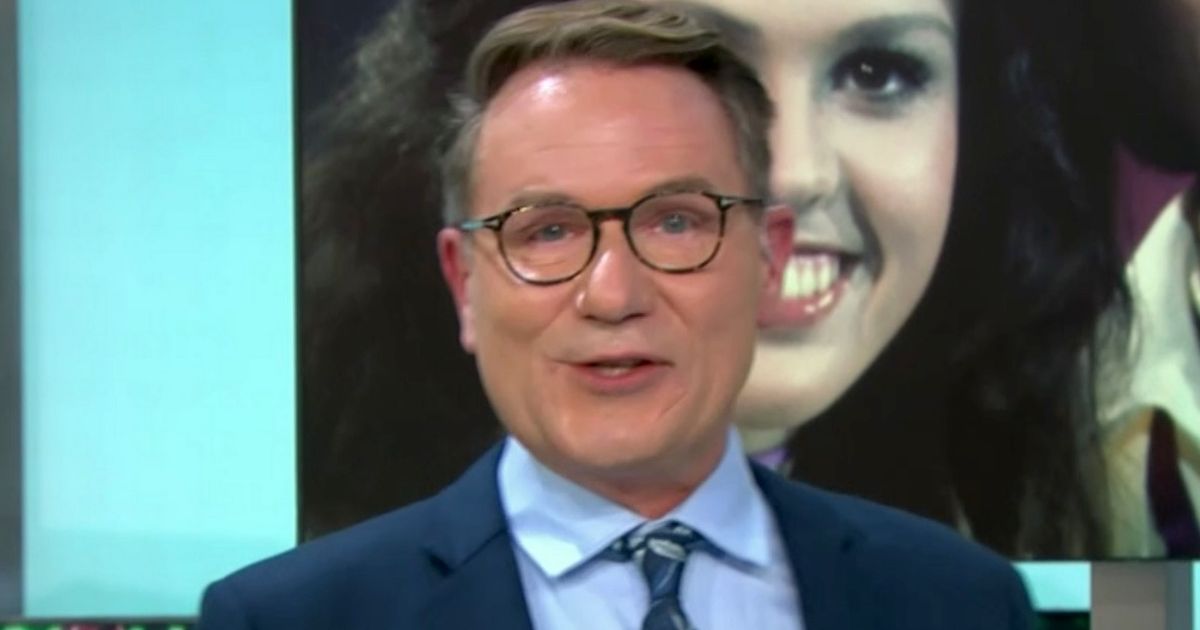 Former Blue Peter presenter Bacon joined Charlotte Hawkins in the ITV studio as the duo worked with a ‘skeleton crew’ in the week leading up to Christmas.

At 7am, the duo crossed over to Arnold, 52, live from his home in London as he spoke about the latest showbiz news.

He was keen to mention the fact that Channel 5 News had accidentally revealed who won the Christmas edition of Celebrity MasterChef an hour before the final aired on Tuesday evening.

Making a rather obvious dig, Richard Bacon said: “I mean, with Channel 5 news, I’m sure they had broken it to too many people!”

“Oooooooh look at you!” Charlotte replied as Richard Arnold added: “Dickie, at Christmas! The shade young man, the shade!

“Honestly, if you weren’t so old I’d have you across my knee sucking on a Werther’s,” he added cheekily.

The innuendo didn’t go unnoticed by Richard Bacon, who replied: “Sounds exciting! Thank you Richard, lovely to come home with you!”

Elsewhere on Wednesday’s show, Richard and Charlotte spoke about whether or not cash is an acceptable present to give at Christmas.

The pair invited Carina White and Anna May Mangan onto the programme to debate the topic – but Richard and Charlotte were left stunned when Anna May revealed that her aunt once gave her knitted nipple warmers as a festive gift.