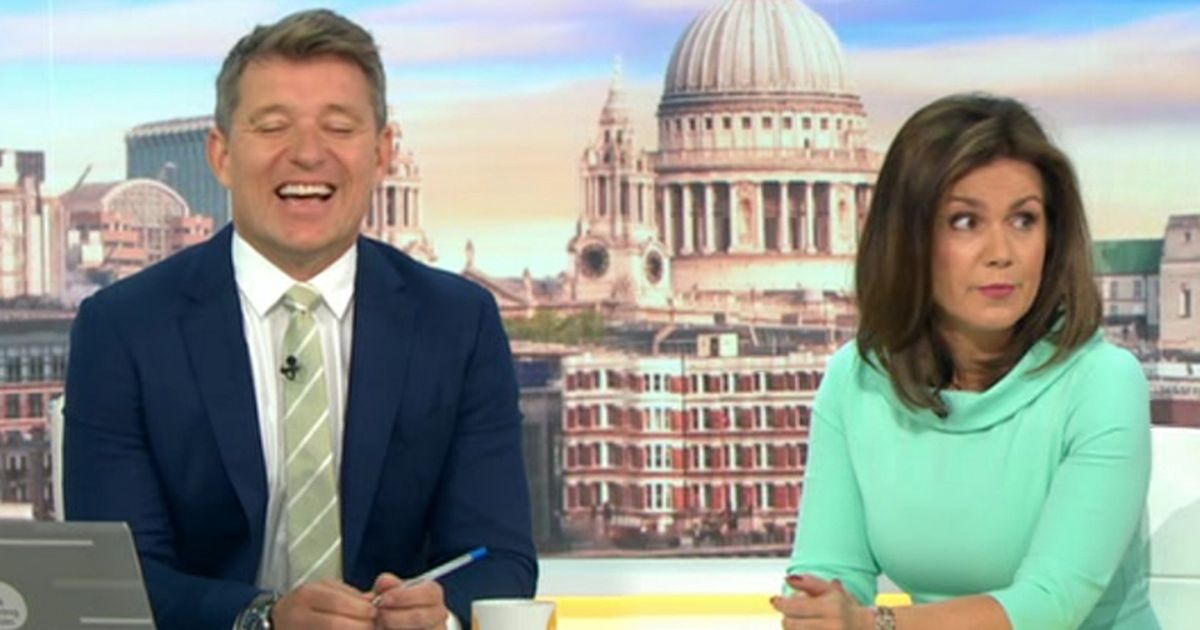 After discussing Boris Johnson’s plans for a national insurance hike, the pair moved on to discuss the latest news in the Covid-19 pandemic with Dr Hilary Jones.

“There was a rise in deaths yesterday, reportedly…”

However, the sound of something crashing down could be heard out of shot, prompting Ben to glance up and Susanna to stare to her left startled.

Ben then joked: “There’s another one there…”

Susanna then asked: “Are we okay there on camera four?”

The presenter then joked: “Moving to get Hilary’s close-up that’s what it is.”

A laughing Hillary agreed: “That’s what it is.”

Later, in the show, the presenters addressed the amusing gaffe again.

Later, Ben and Susanna pointed out the gaffe again
(

Susanna commented: “I’d just like to point out, Catherine on camera four is absolutely fine.”

As Ben could be seen chuckling, Susanna added: “I’m not sure what was dropped.”

Ben explained it was a unit on her camera, which Susanna called “a very technical bit of kit”.

We saw a masked Catherine operating the camera as the presenters spoke about the accident.

We saw camera operator Catherine show off what happened
(

“It was a drama,” joked Ben again, “she didn’t have Hilary in the close-up and she knows that’s a sackable offence. She rushed to get Dr Hilary in place.”

They joked that “no one noticed”.

Newsreader Sean Fletcher then said that she got his shot “perfect” before he was then blurred by Catherine, prompting further laughs.