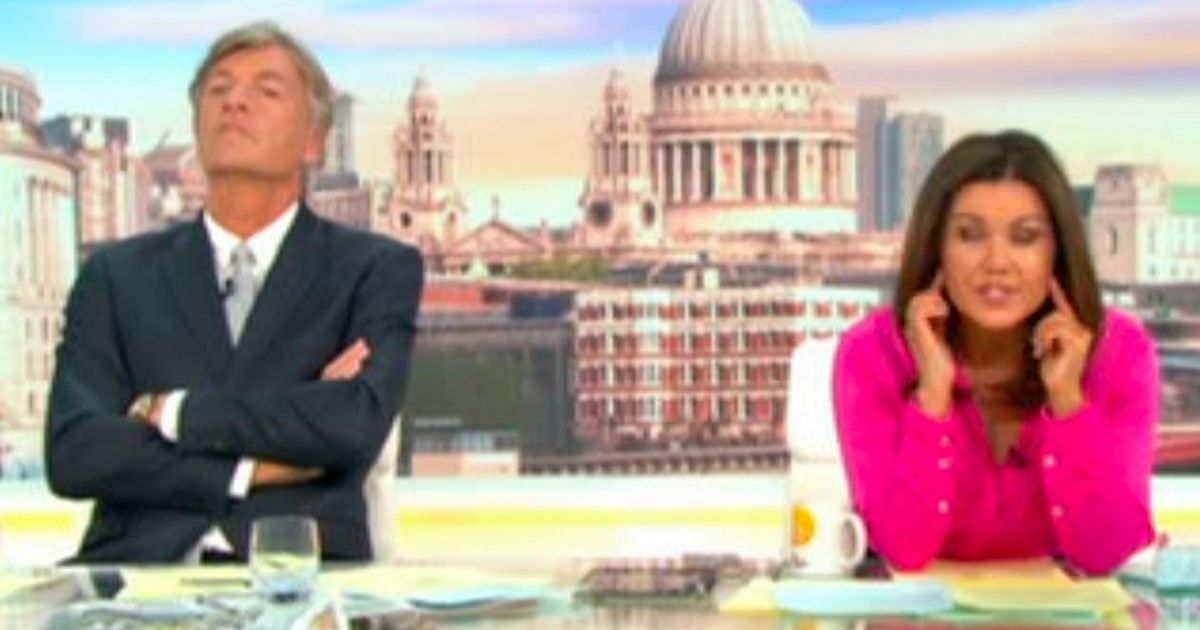 Richard and Susanna interviewed the Transport Secretary today, and discussed the new photo of Boris Johnson at an event, where he can be seen holding up a glass with bottles of alcohol on a nearby table.

During the interview, Richard looked towards his iPad before saying: “Reading what our viewers think on Twitter, quite a large proportion of our viewers say they don’t care about Partygate anymore.

“The bubble of anger burst some weeks ago and reading the room, you can probably tough this out – is that a fair assessment?”

“No they’re mixed, but there are quite a few messages from people saying they don’t care,” he added, defending his comment.

However, it didn’t sit well with viewers and after the comment, fans flooded social media to criticise Richard for what he said.

One wrote: ” @richardm56 being exposed by @susannareid100 for being disingenuous about people not caring about the PM breaking lockdown laws. Madeley pushing misinformation. You can easily check the twitter feed of #GMB and it shows people in the large majority are angry,” as a second added: “Richard Madeley cannot resist, Demonstrating his biased in Favo ur of the government.”

“What planet are you on Richard?! Alan Partridge personified. Leave interviews to susanna. #GMB.”

“Richard Madeley (talking to Grant Shapps ) claims the majority of messages #GMB is receiving from the public say they are tired of hearing about #Partygate Well done to Susanna Reid who immediately contradicts him,” a fourth wrote.