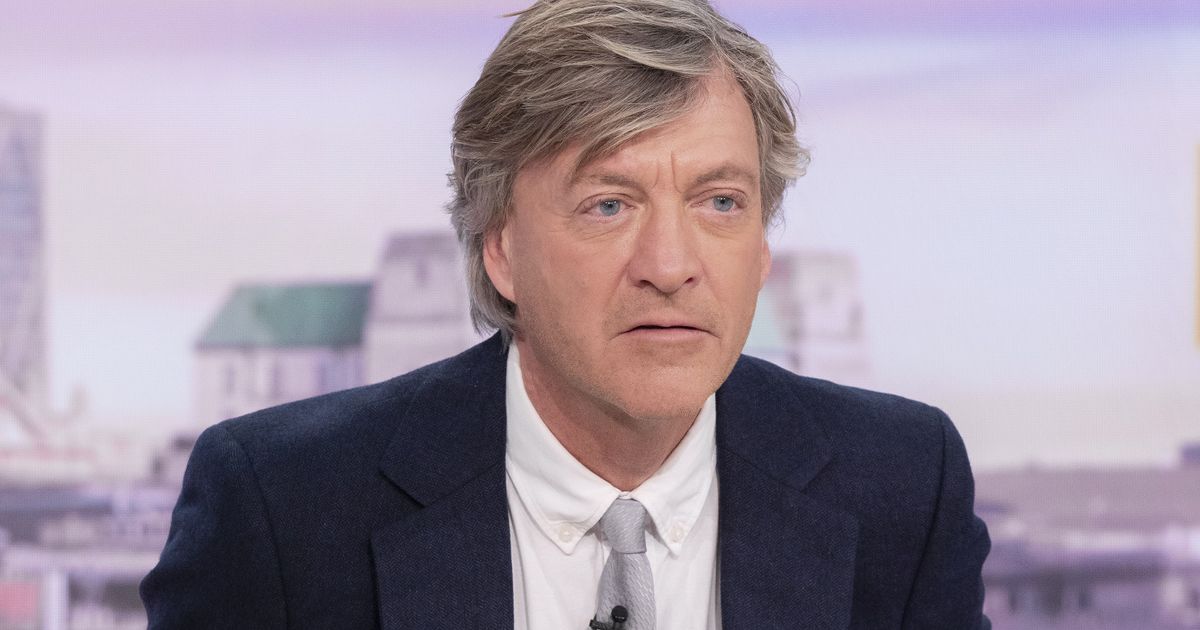 Richard Madeley issued an apology on Wednesday’s edition of Good Morning Britain, after seemingly dismissing death threats made against Sir Keir Starmer. Some viewers of the ITV show are not satisfied with his apology – with some even calling for the presenter to be sacked

On Tuesday, Richard, 65, seemingly questioned whether death threats made towards the leader of the Labour Party were actually a “big deal”.

After a backlash ensured online, the ITV presenter addressed his previous comments during Wednesday edition of the early-morning show.

The I’m a Celebrity… Get Me Out of Here! star stressed that death threats are not “acceptable”, as he apologised for his controversial comments from earlier in the week.

“It was a really busy show yesterday, we had so much to do. I want to say one thing very quickly at the top here,” Richard began on Good Morning Britain on Wednesday.

“I tried to pose a question on one of our early discussions on the programme about how prolific online death threats are. I didn’t actually quite press it properly, I didn’t go into it enough.”

He added: “I just want to reiterate the obvious statement that death threats clearly are never acceptable.”

Despite apologising for his comments during Tuesday’s show – which he made during a discussion with Conservative commentator Andrew Pierce – Good Morning Britain viewers are still enraged.

One fan took to Twitter after to show aired on Wednesday to ask ITV bosses: “WHY do you continue to employ #richardmadeley after his crass and incendiary comments regarding @Keir_Starmer‘s death threats?”

“Please, please get rid of Richard Madeley. His insincere apology this morning illustrates his vanity and self obsession,” another wrote, with a third adding: “This is not an apology or a retraction, it’s a p**s poor excuse.”

One angry viewer even included a hashtag aimed at removing the presenter from his position on the ITV show.

Some GMB viewers want to see Richard removed from the show
(

“#MadeleyOut ‘apology’ was rubbish – Richard Madeley didn’t even start today’s prog with it, he slipped it in quickly after talking about his own family then ‘apologised’ with all the enthusiasm of an 8 yr old boy made to say sorry to his bro for thumping him,” the scathing tweet read.

Another revealed they had reported Richard and Good Morning Britain to broadcast regulator.

“Complained to Ofcom for the first time in my life earlier,” the fuming viewer tweeted on Wednesday.

“Caught up with Richard Madeley’s comments to his Tory-leaning guest yesterday about death threats being sent to Keir Starmer and other MPs not being that big a deal. Sackable offence.”

Richard’s offending comments arose when the star was discussing the death threats the leader of the Labour Party has received in recent weeks with guest Andrew Pierce, consultant editor of the Daily Mail.

Earlier this week, it was reported that Sir Keir Starmer had received threats, after Prime Minister Boris Johnson made the false allegation that the Leader of the Opposition failed to prosecute paedophile Jimmy Savile.

Discussing the threats, journalist Andrew said “politicians get that all the time”, to which the presenter replied: “Well I was going to say, actually, is that that big a deal?”

The Mirror has approached representatives for Good Morning Britain for comment.