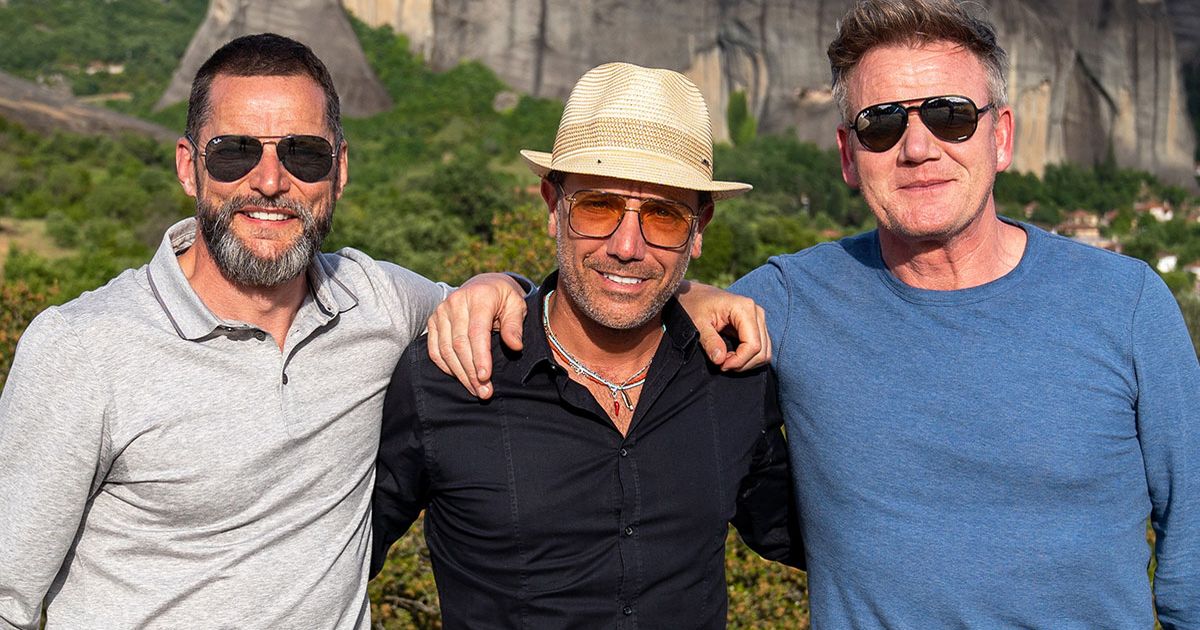 The trio have had many adventures in the US, Greece and Mexico but the plug has been pulled on the ITV show

Gino D’Acampo has told it’s the end of the road for him and his celeb sidekicks – chef Gordon Ramsay and First Dates’ Fred Sirieix as the ITV show has been axed.

The Italian chef shared the news on social media that Gordon, Gino and Fred’s Road Trip was calling time on their culinary food adventures.

Viewers of the show shared their reaction on Facebook with many gutted the trio would not be returning to our screens for another series.

Another said: “Noooooo the 3 of u are the best, gutted but Fred and Gino will still be good, Gordon plz come back.”

A third penned: “Oh no!! excited to see what’s next though!”

“Aww please continue even if it is without Gordon, I love watching you guys & the laughs along the way,” said a fourth.

Gordon, Gino and Fred are parting ways after appearing on the show together

But the celeb chef, 45, couldn’t resist a cheeky quip at his pal Gordon in his departure from the trio, hinting that this may not be the end of him and Fred as a duo.

“Unfortunately we will no longer be filming #GordonGinoandFred mainly because @gordongram is too busy working on his hair highlights in USA.

The Road Trip show first aired in 2018 and has visited the US and Mexico and had three Christmas Specials.

The most recent series was aired in September as the trio decided to “Go Greek.”

But it was when they headed to Egypt as the pandemic broke that they were forced to abandon production.

Meanwhile Gino’s many fans won’t have to wait long for a fix of their favourite chef as he’s fronting his own show where he explores his own culinary roots with his family.

Gino, Gordon Ramsay and Fred enjoy a feast by their vintage VW campervan, as Gino cooks a risotto with the black summer truffles.

The show, which launched last week, sees Gino rediscovering the places and the flavours that shaped him and inspired him to become a chef while sharing them with his family as they immerse themselves in a dynamic Italian adventure.