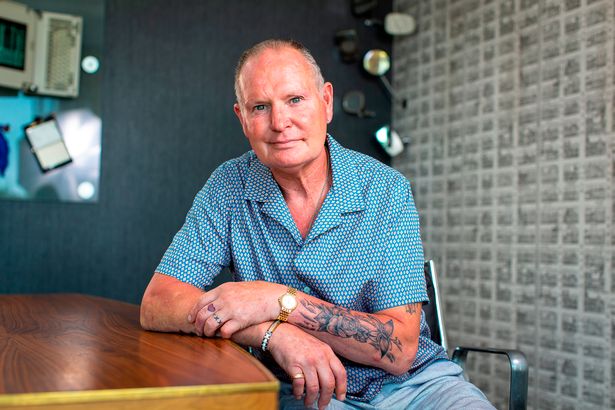 Paul Gascoigne faces going without booze, fags and his mobile for 10 weeks on a gruelling Italian version of I’m A Celebrity.

The England legend, 53, is due to be dropped from a helicopter into waters off the jungle of Honduras on Monday.

Gazza, a cult hero with Lazio fans in Italy, will have already have quarantined for 10 days in central America before joining Island of the Famous.

Contestants are only allowed to take two pairs swimming trunks, two pairs of underwear, a toothbrush, a comb or hairbrush and a pillow.

A source said: “Gazza knew it was going to be tough before he went in there.

How do you think Gazza will get on? Let us know in the comments section

A spokesman for the show said that Gazza “really wants to leave his mark on the island”.

Gazza still drinks despite having pellets sewn into his stomach to curb his desire for alcohol.

He said: “The pellets make you feel sick.

“You can have a beer or a glass of wine, but you cannot have any more.”