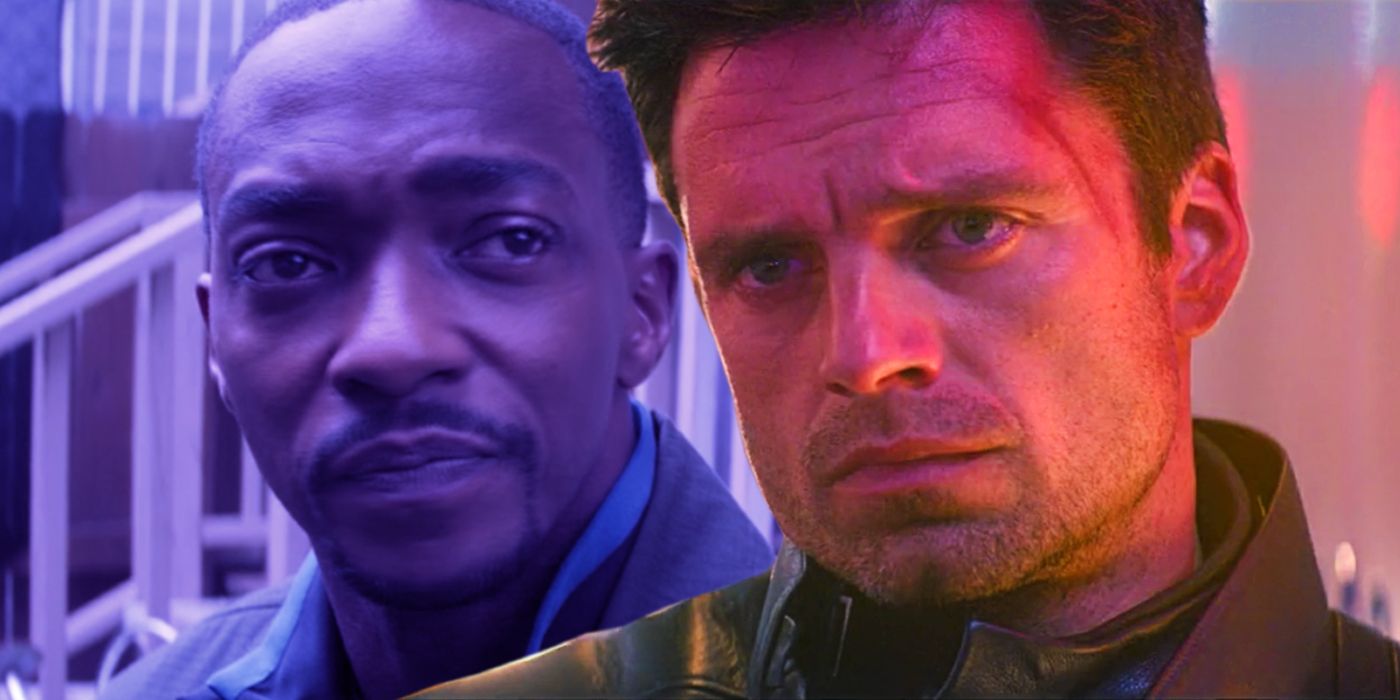 The Falcon and The Winter Soldier star Anthony Mackie has shared a funny photo — revealing that he’s actually missing co-star Sebastian Stan. The popular actors have become staples of the Marvel Cinematic Universe since debuting in Captain America: The First Avenger and Captain America: The Winter Soldier, respectively. Both served as good friends and stalwart allies of the original and now retired Captain America: Steve Rogers (Chris Evans). Regardless the pair often found themselves amusingly at loggerheads even when fighting together for the same cause. Noting the evident chemistry as much as fans, Marvel Studios opted to draw upon their buddy-cop potential when deciding to expand into televison.

The Falcon and The Winter Soldier premiered via Disney+ on March 19, 2021 and aired weekly for a total of six episodes. Picking up in the aftermath of Avengers: Endgame, the show explored Sam’s journey to finally accepting the mantle of Captain America. Equally, the episodes dealt with Bucky’s attempt to officially move past his time as Hydra’s premier assassin. For the most part, the show was well-received by fans and critics alike. It even received their first pieces of awards recognition at the MTV Movie and TV Awards 2021 — where Mackie’s new Captain America won “Best Hero” and both were named “Best Duo”.

While seemingly en-route to the ceremony, Mackie took to Instagram. The actor is known to frequently mock his castmates – especially Spider-Man actor Tom Holland. Tonight, however, he amusingly expressed sadness that he was “riding solo” to the event. Pouting sadly for the camera, the image focused on the empty car seat next to him — revealing that, for the first time in a while, he had nobody on his left. Check out the full image below:

As noted by Mackie in his comment about “being a rockstar“, Stan has been busy filming the upcoming Hulu miniseries: Pam & Tommy. Depicting an entirely different partnership, Stan will play Mötley Crüe drummer, Tommy Lee, alongside Lily James as Pamela Anderson. Photos recently emerged of them in their roles — emphasizing the dramatic transformation both have undergone. The series will also star the similarly transformed Seth Rogen as Rand Gauthier. The series has yet to receive an official release date.

As well as in Netflix’s The Woman in the Window, Mackie can next be seen playing dual roles in Amazon’s upcoming sci-fi anthology series: Solos. Even more excitingly, however, it was confirmed that Captain America 4 was in the works. Given the early days of the project, details have been understandably scarce. Regardless, many expect that the previously-established pattern will be maintained with Stan reprising the role of Bucky Barnes in one form or another. As such, the pair will no doubt be back at each other’s sides as prominently as they were throughout the filming and press tour for The Falcon and The Winter Soldier. In the meantime, however, the night wasn’t all sadness and longing. An MCU reunion/team-up took place between Mackie and Scarlet Witch actress (and fellow MTV Award winner) Elizabeth Olsen — potentially giving Stan something to jokily get jealous over in return.