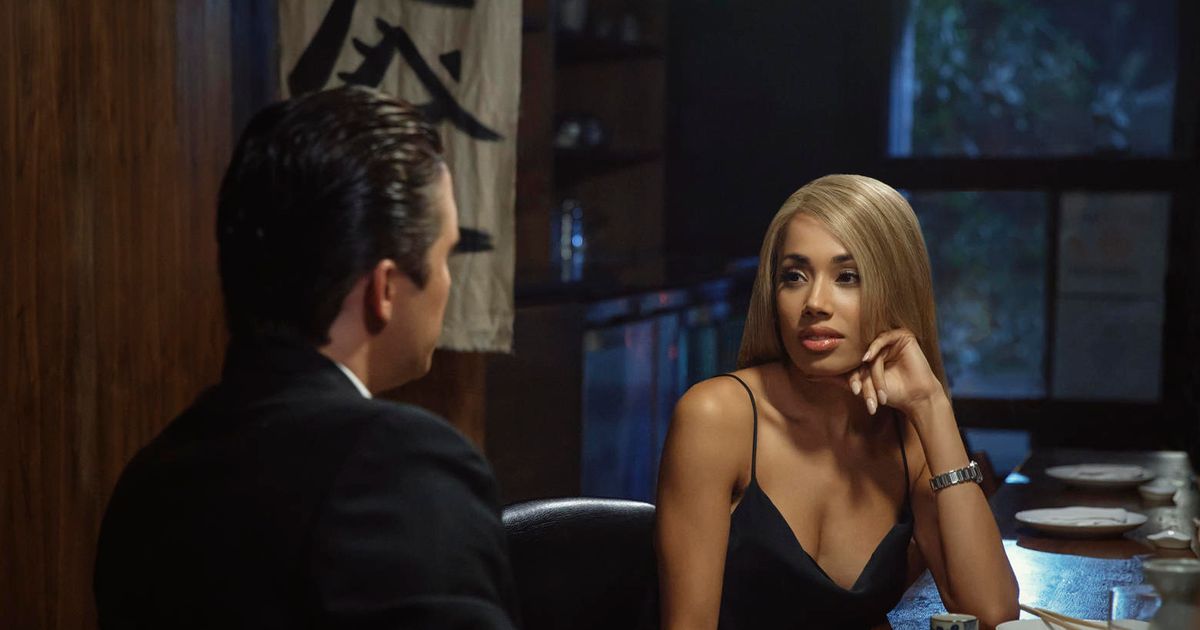 Jade Ewen stars in raunchy sex scenes for Netflix hit Luis Miguel, as his former girlfriend Mariah Carey from 1999 to 2001

The 33-year-old singer portrays the award-winning songstress in the third – and final – series.

It focuses on her romance with Mexican singer Luis between 1999 and 2001.

The scenes show Jade getting intimate with Luis, as they share a passionate moment between the sheets.

Jade previously talked about how excited she was to take on the role of the Obsessed singer, and believes she can relate to Mariah the most due to their mixed race heritage.

She said: “In hindsight, I really feel like my life experiences were in preparation for this role.”

“When I really got into the research, I realised she’s a mixed race woman and she came from very humble beginnings and had a very difficult early life, similar to myself,” Jade added to Hello magazine.

“I even sang My All at a show and tell at school, so to be asked to sing a verse of that for my audition… I just really feel like everything’s kind of lead up to this moment.”

Jade rose to fame in 2009 while representing Britain at the Eurovision.

She gets intimate with the actor in the show
(

She sang Andrew Lloyd Webber’s It’s My Time, and ended up coming fifth place, making her the most successful contestant in recent history.

The songstress then went on to join Sugababes as their sixth and final member after original member Keisha Buchanan left.

It’s been 11 years since the final original member of Sugababes was replaced – in what many called the end of the group.

They get very close between the sheets
(

But Mutya Buena, Keisha Buchanan and Siobhan Donaghy are making a comeback and will headline Mighty Hoopla festival next summer in London.

Formed in the late 90s, the band has gone through four incarnations, resulting in new band members replacing the original voices.

Across the six singers, Sugababes had five Top 10 albums and 18 Top 10 singles, which included six number ones.

The band has had several different members over the years.