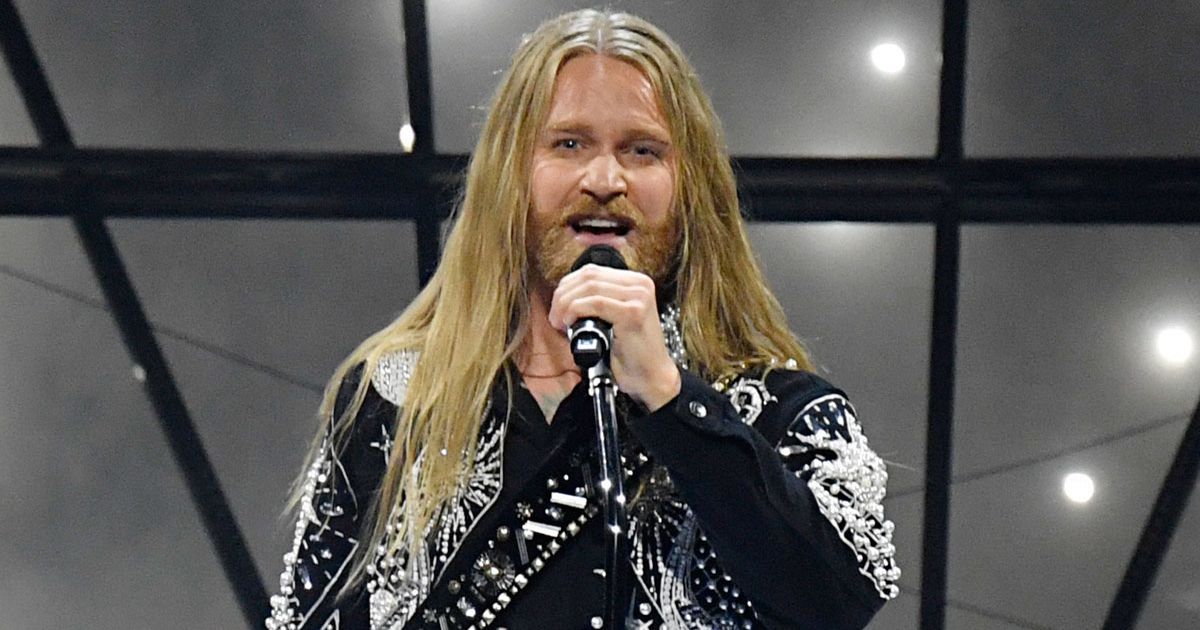 Essex lad Sam Ryder, 32, has gone from being “the Black Death” for bands to the shining light for the UK in Eurovision Song Contest after coming second on Saturday night

Eurovision: Sam Ryder gives an electric performance for the UK

He’s the singer that has turned around England’s Eurovision fortunes after 25 years.

For the first time since 1998 the UK placed in the top five, with his track Space Man light years ahead of the competition in the jury votes.

And while the huge public vote for Ukraine may have knocked him into second place, Sam is coming home from Turin, Italy, having won the UK something much more valuable than a trophy: he’s given us back some Eurovision pride.

But how did it come to be that a long-haired 32-year-old Essex lad would turn out to be the knight in shining armour? The one who could finally rescue us from Eurovision derision?

It’s certainly been quite the quest for the former Catholic school boy.

Born Sam Robinson, he grew up in Maldon, Essex.

While at John Payne Catholic School in nearby Chelmsford, he found an old Iron Maiden album while on a school trip to a nunnery.

Aged 11, he and his schoolfriends went to their first rock concert.

That night, he realised he no longer wanted to be an astronaut. He knew exactly what he wanted to do with his life: be a rockstar.

He says: “Me and my friends went to see Sum 41 when we were in Year 7, and that really fired us up. We wrote a ‘10 step plan to get signed’ in the back of our science books and everything’”

Former teacher Jemma Coleman saw him hone his ambition at the school talent shows. She said: “He was a likeable, cheeky young man. Even then, he was developing into a great showman.”

By 19, Sam co-founded the band The Morning After, as a guitarist and singer, having been inspired to learn guitar after watching the bizarrely-masked rock band Lordi on 2006’s Eurovision.

Sam with Rylan and Scott Mills
(

The band became big in their corner of Essex, but life got in the way and they disbanded.

It was the start of a depressing pattern for the musician.

He joined Canadian band Blessed by a Broken Heart – only for that band to also split a year later.

Then he joined US group Close Your Eyes – and the same happened again. And those weren’t the only times.

Sam explained: “As soon as a member of a band left and someone needed someone, it was me that hopped in. I’d be in the band for like, a year or something…then the band would finish, I was like the Black Death. Once I turned up, you knew the days were numbered.”

After going it alone, he soon fell into a “cycle of overthinking things”, spending weeks on songs before binning them and starting again, so packed it in to launch an organic juice bar in the Essex market town of Coggeshall with his girlfriend, Lois Gaskin-Barbe.

Sam struggled for years to get his big break
(

When lockdown hit however, Sam saw it as a chance for a do-over, to “clean the slate” as he puts it.

“To get over that procrastination, I just pulled my phone out and sang straight into it,” he said.

He began doing covers of Britney Spears and Queen and posting them on the booming social media platform TikTok.

He became a social media star overnight, amassing millions of followers and having his videos reposted by artists like Alicia Keys, Sia and Justin Bieber.

Sam on the This Morning sofa
(

He recalled: “Justin Bieber DM’d me to say that he texted my video singing Elastic Heart by Sia to Sia,” Ryder recalls. “And then Sia posted it on her Instagram with this amazing, encouraging caption. That was a huge milestone.”

The buzz helped him score the Grammy-winning songwriting talents Amy Wadge to help write Space Man, which was produced by KOZ – who had worked with the likes of Dua Lipa and, more vitally, was managed by the TaP group, who just so happened to be in charge of finding a credible, exciting new artist for UK’s Eurovision entry.

Now the vegan Essex lad who’s more likely to be found surfing and snowboarding than preening on Towie, has gone from the Black Death for bands to the shining light for the UK in Eurovision.

Not that he’ll forget his roots, as he prepares to tour with Paloma Faith. He’s heading home to celebrate with curry with his family and see his beloved granddad to “fill him in with everything”.

There will be plenty more to tell him soon.

Space Man is now the new no.4 on The Sky VIP Official Big Top 40 chart.