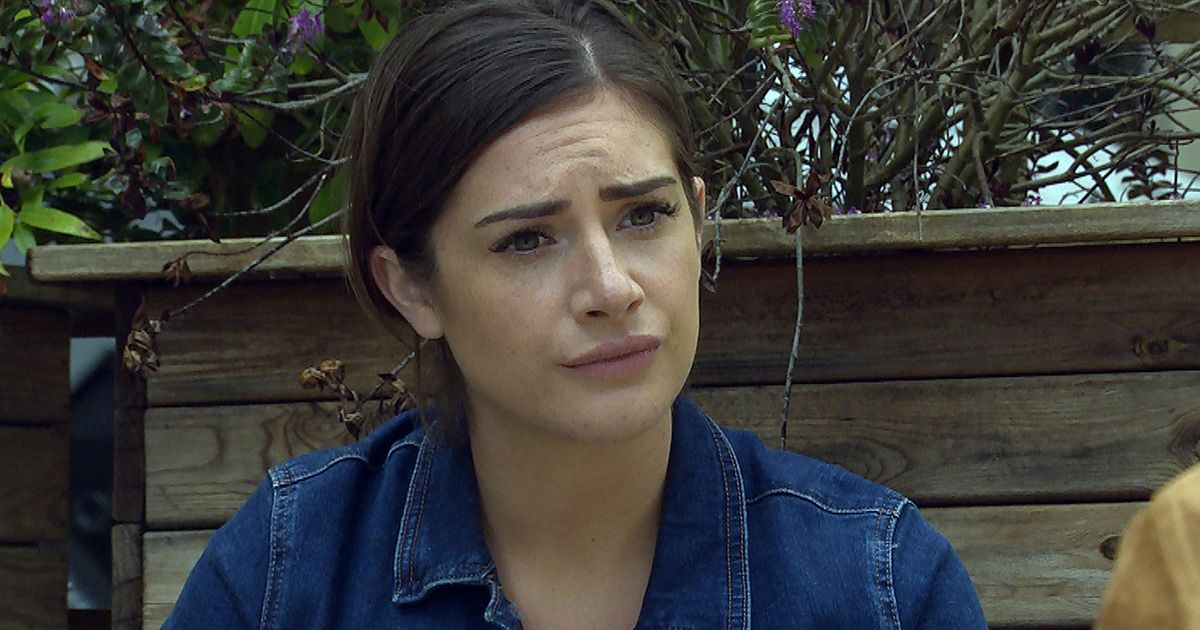 Emmerdale spoilers have teased more than one village resident will face grave danger in upcoming episodes, with actress Isabel Hodgins spilling the beans

Emmerdale favourites Victoria Sugden and Wendy Posner find themselves in danger next week as the latter’s ex Russ holds them hostage – before a gunshot rings out.

Wendy’s abusive ex-husband Russ has terrified her in recent weeks as he turned up in the village with the goal of getting his late mother’s money – which she left to his grandson, Victoria’s baby son Harry.

Next week, Russ reveals that the reason he is on the run is that he gunned down a police officer in an armed robbery of a jewellery shop, terrifying Wendy.

But his attempts to get the money, and Wendy’s decision to tell Victoria the truth, end up in an armed siege at The Hide.

Now, speaking to The Mirror, Victoria actress Isabel Hodgins has teased death could be on the cards for one character as it seems someone may get shot.

Teasing it could mean an end to her time on the soap, Isabel revealed her character would be fearing for her life.

She said: “You hear a gunshot, there’s a mad man at large. They should fear the worst.”

Isabel added: “Victoria has got so much to live for and for that to possibly be taken away from her is awful.

“If it was one’s time [to leave] it would be bittersweet, because you’d be gutted to be leaving but also thinking this is so juicy and it’s going to be great.”

She called the scenes and what could happen next “terrifying and awful”, and revealed Victoria fears for her life, adding: “They should be very, very worried.”

Wendy actress Susan Cookson also had her say, revealing: “There’s that element of if it’s gonna go wrong, it’s gonna go really wrong and not just for him, but for us two as well.

“So it is a really scary situation and he is terrifying, and there’s no pleading to his better nature because he’s like a cornered animal, and at any point it feels like it’s a case of, if he’s’ gonna go down, he is taking us with him.”

It seems Victoria will live to tell the tale though, while Russ could be the least of her problems.

Victoria and teased love interest David Metcalfe find themselves in danger in the coming weeks, amid a huge water stunt – according to new pictures from filming on location.

Isabel was spotted filming at a Teeside location for water sports which is not currently allowing visitors due to the Covid-19 pandemic.

David actor Matthew Wolfenden was also present for the scenes and appeared to be trying to rescue Victoria from the furious waters.

A source told Metro.co.uk : “The scenes being filmed are clearly very big and from what I gathered they are for ITV’s Super Soap Week.

“Matthew and Isabel were all there with cast and I could see there was a stunt being filmed.”

Fans are well aware that Victoria is currently caught in a love triangle with David and his girlfriend Meena Jutla.

However, unbeknownst to all of the characters in the soap, nurse Meena is actually a murderer, having killed her best friend Nadine years prior, before murdering teen Leanna Cavanagh earlier this year.

Emmerdale airs every night at 7pm on ITV, with an extra episode at 8pm on Thursdays.