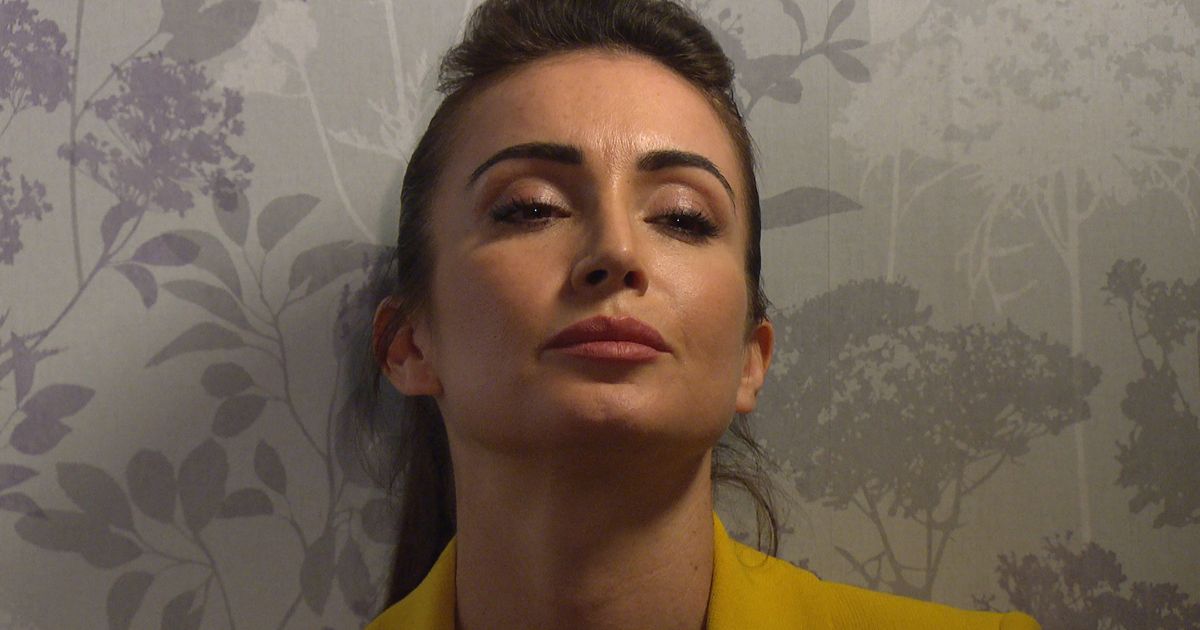 Emmerdale aired upsetting scenes on Friday night, as pregnant Leyla Harding experienced bleeding but did not tell her husband Liam

Emmerdale’s Leyla Harding broke down during Friday’s episode of the ITV soap, as she feared she was suffering a miscarriage.

Pregnant Leyla only discovered her pregnancy a few weeks ago, but decided to keep it from husband Liam Cavanagh amid his grief.

Liam tragically lost his young daughter, 18, in what police described as an accident – while viewers know she was murdered by evil Meena Jutla.

Leyla decided it was too soon to tell Liam about the baby in fear it would push him away, as he was struggling to cope with his loss.

But on Friday, Leyla decided it was time to share her news, only to feel pains in her stomach.

As she went into the toilet she was left panicked when she realised it could be the baby, but she hadn’t told Liam the truth.

Not wanting to upset Liam in case it was bad news, she instead ordered pal Priya Sharma to tell him that she had to rush off because of a work emergency.

Liam was waiting for her in the pub, but Leyla raced home where she discovered she was bleeding.

Emmerdale’s Leyla Harding broke down during Friday’s episode of the ITV soap, as she feared she was suffering a miscarriage
(

Priya urged her to get checked over, but Leyla tearfully told her friend she wanted to wait until the morning.

She didn’t want to worry Liam in case it was a miscarriage, and she also couldn’t face the idea of possibly losing her baby.

Having just gotten round to processing her baby news, and liking the idea of becoming a mum again, she said she wasn’t ready for it to be over.

What’s wrong with Curtis on Corrie? Health condition explained as he collapses

Priya begged her friend to seek help and speak to Liam, but Leyla wasn’t ready to learn the fate of her unborn child.

She instead promised she would tell Liam the next day and go to see a doctor with him, praying the baby was going to be okay.

Sadly, spoilers for next week have confirmed Leyla has suffered a miscarriage like she feared.

While Leyla is at the surgery, being checked over by Wendy, she is determined to protect Liam by coping alone.

Sadly, spoilers for next week have confirmed Leyla has suffered a miscarriage

She manages to persuade Wendy to bypass Liam and arrange a scan for her directly.

However, when Priya acts oddly when he mentions Leyla’s name, he suspects that something might be wrong.

Liam confronts Priya and Leyla eventually reveals that she had a miscarriage and has lost their baby.

Will Liam be able to put his feelings of grief aside so that he can be there for his wife?