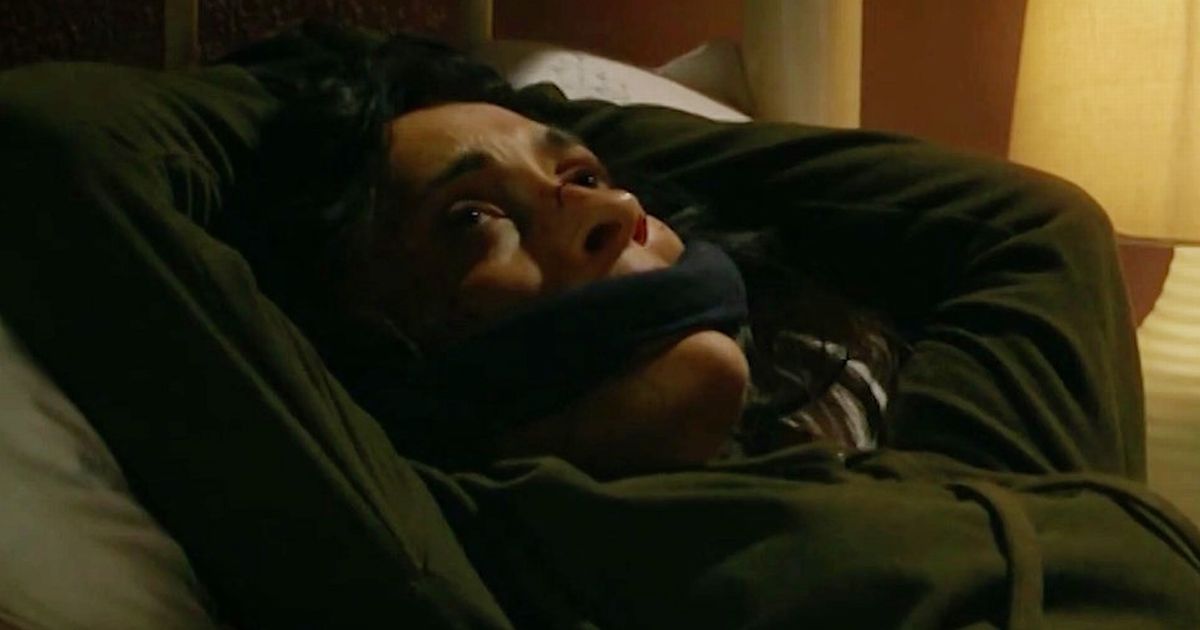 Emmerdale serial killer Meena Jutla chillingly told her sister Manpreet she had ‘little time’ left to live, and had decided to murder her

Emmerdale’s Manpreet Sharma learned the horrifying news that her sister was preparing to murder her, in the latest episode of the ITV soap.

Serial killer Meena Jutla kidnapped her sibling, drugging her before tying her up, to keep her killer secret under wraps.

Manpreet found out her sister had murdered someone named Nadine years ago, before her evil sibling confessed to other murders including Leanna Cavanagh, Andrea Tate and Ben Tucker.

Meena was hiding her sister until she could figure out how to solve her mess, and stop her spilling to the police.

With Manpreet being the only person she truly cares about, she said she couldn’t kill her sister – despite drugging her and attacking her.

This all changed on New Year’s Eve though, after Meena wrongly believed she would convince her ex Billy Fletcher to reunite with her.

When Billy rejected her and shared his romance with Dawn, a furious Meena headed back to Wendy’s house where she was keeping Manpreet tied up in the bedroom.

Just as she entered she realised Manpreet was trying to escape or raise the alarm of her whereabouts, leading to her brutally attacking her and knocking her out once again.

It’s then that Meena told her she was to blame for her making a fool of herself with Billy, and that she would be punished.

Meena then confessed that she had come to realise she was wrong all along, and that she could in fact go as far as to murder her sister.

She chillingly told her how she only had a little amount of time left to live, as she hinted she was planning out how she would kill her.

Manpreet sobbed as Meena smirked over her murder confession, before leaving her in the room.

Manpreet sobbed as Meena smirked over her murder confession
(

Meena said: “As it’s New Year I need to make a few resolutions about where my life is going, and when I say my life of course I mean yours… what little you have left of it.

“Now I have realised I can kill you after all.”

Whether Meena will really add her sister to her list of murders remains to be seen, as the plot continues into 2022.