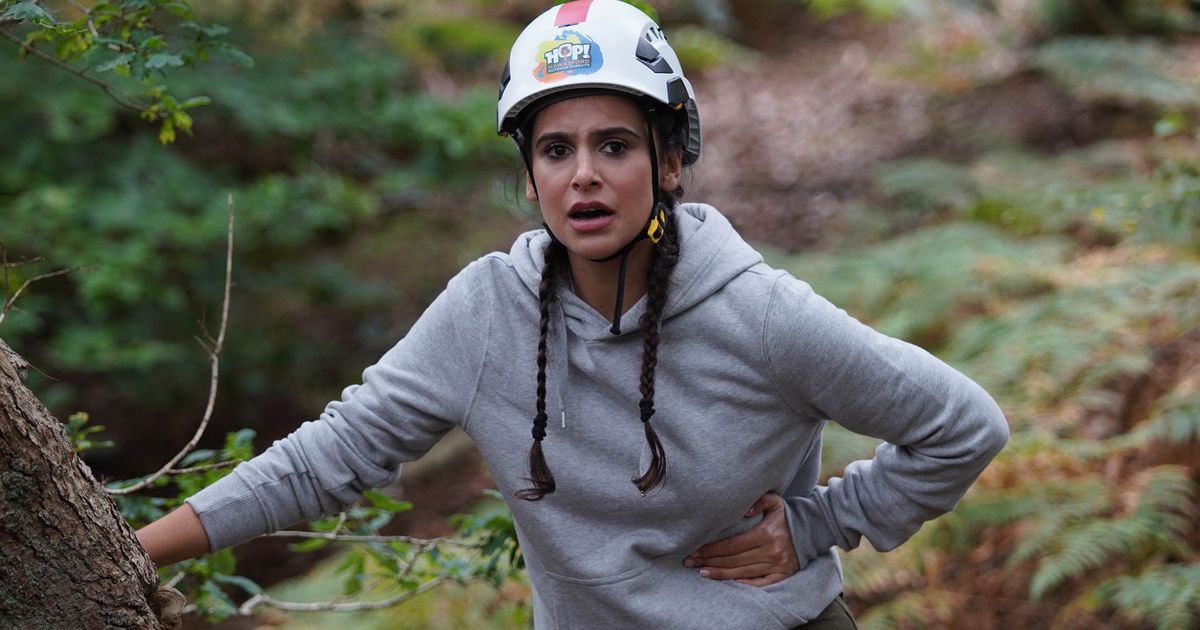 Emmerdale actress Paige Sandhu, who plays killer Meena Jutla on the ITV soap, has teased big scenes ahead on the show.

The actress also hinted at the character’s fate ahead of stunt week, as she discussed her hopes for the villain to face comeuppance.

Speaking on Lorraine on Monday, Paige discussed the fiery scenes that will air this week, as a series of stunts leave lives on the line.

Meena’s thirst for revenge against love rival Victoria Sugden leaves others in danger, including her own sister Manpreet Sharma.

Her actions lead to catastrophic events unfolding, while details are being kept under wraps, and at least one character will be killed off.

Emmerdale actress Paige Sandhu, who plays killer Meena Jutla on the ITV soap, has teased big scenes ahead on the show
(

It appears Meena herself could face being killed in the scenes, as she becomes trapped in a fire in the maze – according to a new teaser released on the soap’s Twitter.

It has also been teased that she could claim her next victim though, after murdering Leanna Cavanagh in the summer and a friend named Nadine years ago.

Perhaps Paige’s hopes for the character to face her comeuppance reveal she will survive the stunt week after all – then again she could be talking about this week’s episodes.

Meena herself could face being killed in the scenes
(

The actress admitted she wants her character to face justice, and she has even planned out who she wants to bring down the villain.

Speaking to host Lorraine Kelly, Paige admitted she had no idea what was next for Meena – but she had a theory on exactly how she should face her downfall.

Lorraine suggested all villains meet their comeuppance in soap land eventually, and she believed the same would happen with the latest Emmerdale serial killer.

Paige told the host: “So I actually don’t know what is going to happen with Meena. I believe she has to have a comeuppance, because that is what will be most satisfying for the audience.

“But I hope… I would really love Meena to be killed by Manpreet, because Manpreet is trying to save someone and stop Meena from being evil again, and they have this like beautifully sisterly moment where Meena is dying in Manpreet’s arms. That is my dream.”