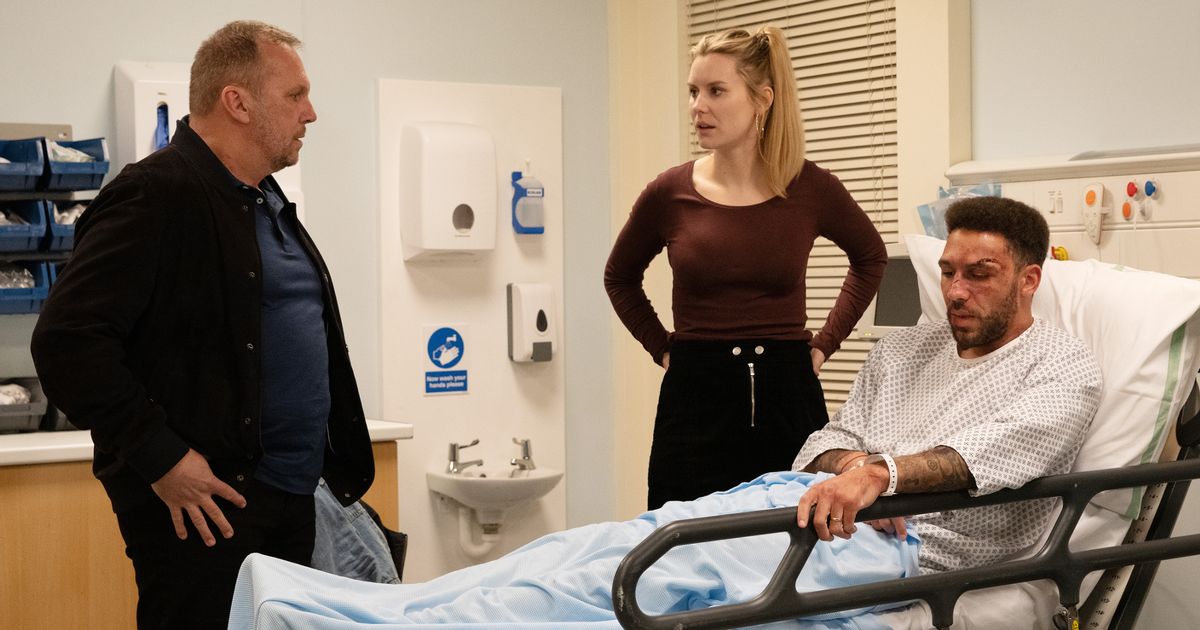 Change is imminent for residents on Emmerdale – for the better for some, worse for others.

One much-loved villager will return home, but it will be tough for the family to adjust to their new life together.

Will a disastrous incident have devastating consequences for all those involved?

Meanwhile, another will be forced to choose between his career or his morals as he takes on a case that will leave the village in uproar.

What will he choose to do? Here’s what’s coming up on the ITV soap next week…

Marlon Dingle will finally return home – but it won’t be smooth sailing as daughter April struggles to adjust.

Since then, it has been a long uphill battle for Marlon as he struggles with the new challenges he faces, including his difficulty in forming simple words.

Next week, Marlon gears up to finally return home and an excited April prepares decorations to welcome him back.

At the hospital, Marlon prepares to leave and thanks Gail for helping him before heading back home for an emotional reunion with his daughter.

But as he settles in, everyone finds it chaotic as they attempt to find a way of going forward that works for everyone.

April is happy to spend time with her dad, but when she helps him drink a glass of water, she is horrified when he begins choking.

Terrified he might be having another stroke, April frantically calls for Rhona.

April gets a fright when she helps her dad

Later, the pair are distraught and April decides to spend time at a friend’s house instead of being at home as Marlon despairs at the stress his condition is placing on his family.

Marlon is determined to return to hospital and Rhona is forced to play mediator between him and his daughter.

Keen to make the situation right, April has an emotional conversation with Marlon – but will she be able to convince him to stay with them at home?

As the family start to navigate their new future, Marlon continues to struggle to communicate.

Ethan Anderson will find himself in a difficult situation as he is set to defend the racist who attacks Billy Fletcher.

Will he be able to go against his conscience for his new job?

Initially, however, it all seems to be smooth sailing as he and Marcus (Darcy Grey) continue to get closer as Ethan (Emile John) moves into Tall Trees.

Soon, Ethan also hears good news about his job future and the pair toast to a successful day, but they’re both left frustrated after Ethan is urgently called into work.

Ethan is forced into a difficult position

At the police station he meets Jordan, who has been arrested on suspicion of assault.

Determined to make a good impression, Ethan takes on the case – but is left startled when he recognises the victim on the CCTV image – Billy.

Meanwhile, Billy (Jay Kontzle) is in hospital after sustaining horrendous injuries from the attack and is left feeling broken as he tells Dawn that it was racially motivated.

Billy is left with horrible injuries after the beating

Will and Dawn are convinced that justice will prevail, but Billy just isn’t so sure.

Back at the police station, Ethan says that although he knows Billy, there is no conflict of interest but suggests to Jordan that he might prefer to seek alternative representation.

However, Jordan is adamant that he wants Ethan as his legal counsel and Ethan is left in an awkward position.

Harriet later bumps into Ethan at the station and tries to encourage him from withdrawing from the case as it could negatively impact his personal relationships.

Will Ethan decide to stick with the case or follow his loyalties?

Noah Dingle has left mum Charity and others concerned in recent months after his strange behaviour with girls.

Unfortunately, Noah has been unable to accept his break-up with Chloe and is continuing to obsess over her.

This week, Noah (Jack Downham) goes to great lengths to buy Chloe (Jessie Elland) gig tickets, but she is uninterested and is off with Nate at the first opportunity she gets.

Noah is left feeling vengeful as he sees the pair together as Chloe cheers up Nate, who is upset after hearing that Tracy is dating someone new.

Next week, Noah’s behaviour escalates when he spots Chloe in the pub.

When she’s distracted, Noah seizes the opportunity to steal Chloe’s phone… what is he up to?

Jai Sharma’s week is set to go from bad to worse after Kim Tate seeks revenge.

New ITV spoilers reveal Kim (Claire King) is left exasperated with Jai in upcoming episodes when she sees her staff on the picket line outside the HOP and immediately demotes him until he resolves the situation.

With the picket line deterring customers, Kim demands Jai (Chris Bisson) gets her staff back inside but she’s left stunned by his reaction.

The next day Kim’s furious when she’s forced to waitress when a wealthy friend turns up for a coffee.

Later on, Jai and Laurel Thomas (Charlotte Bellamy) meet with a stubborn Kim and present a case study against zero-hour contracts.

Hopeful that they’ve made a difference, that evening Laurel arrives at Holdgate to tell Jai she wants to get properly back together after seeing the way he acted during the strike.

Jai is set up after someone leaves drugs in his wallet
(

The two are elated to be finally reunited and Jai’s on top of the world – but it’s clear Kim is still bitter about his recent actions.

When Jai realises his wallet is missing, he and Laurel return to Take A Vow to search but when they find it down the back of a chair, they’re shocked to discover a tiny bag of drugs with it.

Both Laurel and Jai’s sister Priya accuse him of owning the drugs, and a confused Jai struggles to find an explanation.

Assuming this is an admittance of guilt, Laurel explodes with rage – and Jai is convinced that Kim planted the drugs to set him up.

The next day, Jai’s determined to win Laurel round and when she finally entertains his story, he almost collapses in relief.

But things take a turn when later that evening, Rishi tells a shocked Laurel about how the kids nearly caught Jai with the drugs when he came close to relapsing a few weeks ago.

Laurel’s anger comes to a boil, shocked at what the kids could have got mixed up with and Jai fights back tears as he realises he’s just lost everything.

With Jai having managed to stay on at work, his bickering with Laurel behind the counter causes Kim to put both of their jobs on the line.

*Emmerdale airs weekdays at 7pm on ITV, with an hour-long episode on Thursdays