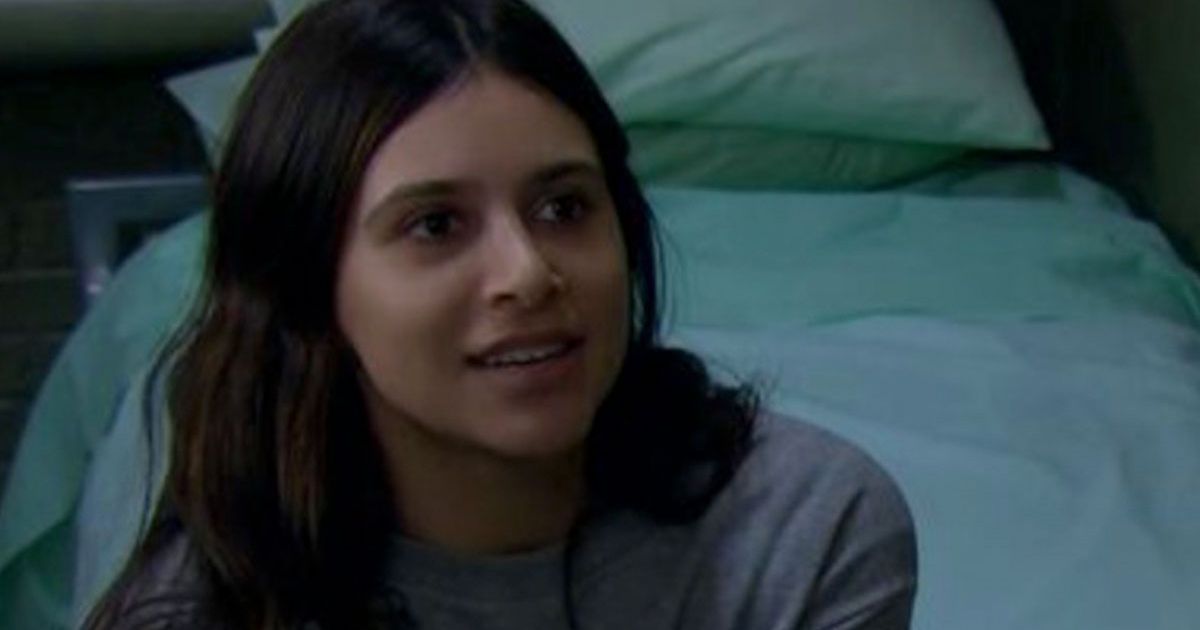 Emmerdale fans have predicted a possible escape twist for serial killer Meena Jutla as her murder trial begins on the ITV soap this week.

The ITV soap teased an enigmatic spoiler clip ahead of the dramatic week on the Dales, giving fans a first look at upcoming scenes in which the murderous nurse turns the charm on for her prison guard Ian.

In the spoiler video, Meena (Paige Sandhu) gives Ian a coy smile as she asks how she should wear her hair to the trial, prompting him to tell the Emmerdale villain to leave her locks loose.

As the duo discuss her impending trial, Ian says: “Let’s hope it goes your way, hey?” with Meena adding: “We’re team Meena, unbeatable. I can’t think of anyone I’d rather share my handcuffs with…”

Emmerdale fans have taken the flirty clip as indication of a possible escape twist on the ITV soap, as the prison guard could fall for Meena’s charm offensice and help her make an escape amid the murder trial.

Taking to Twitter, one fan wrote: “That prison guard has eyes for her. He’s not going to let her escape, is he????”

A fellow fan replied: “Was thinking the same!!”

Another fan chimed: “Would not be surprised if that prison guard helps Meena escape after she is set down for life.”

Another soap viewer predicted that Meena could kill Ian and steal his keys to escape the prison: “Maybe he is her next victim?”

This comes as Meena is set to trigger trial chaos on the ITV soap next week, as she finally has her day in court after a rampant killing spree.

Meena takes to the theatre stage next week on the soap and basks in the spotlight, as she stands trial soon for her huge list of crimes, including the murders of Leanna Cavanagh, Ben Tucker and Andrea Tate.

Meena holds nothing back next week as she turns on Liam (Jonny McPherson), leaving him shocked when her team tells the jury that they were having an affair.

Fighting back the tears as he begins his testimony and talks about his daughter, the jury are sympathetic towards Liam, but everything changes when the defence accuse him of having an affair with Meena – provoking an outraged Liam to lash out at her.

This Morning ’s soap expert Sharon Marshall appeared on Tuesday’s programme alongside Dermot O’Leary and Alison Hammond to chat over the upcoming drama on the Dales next week, teasing: “It’s going to be good. One last final act. It’s just been a warm-up so far.”