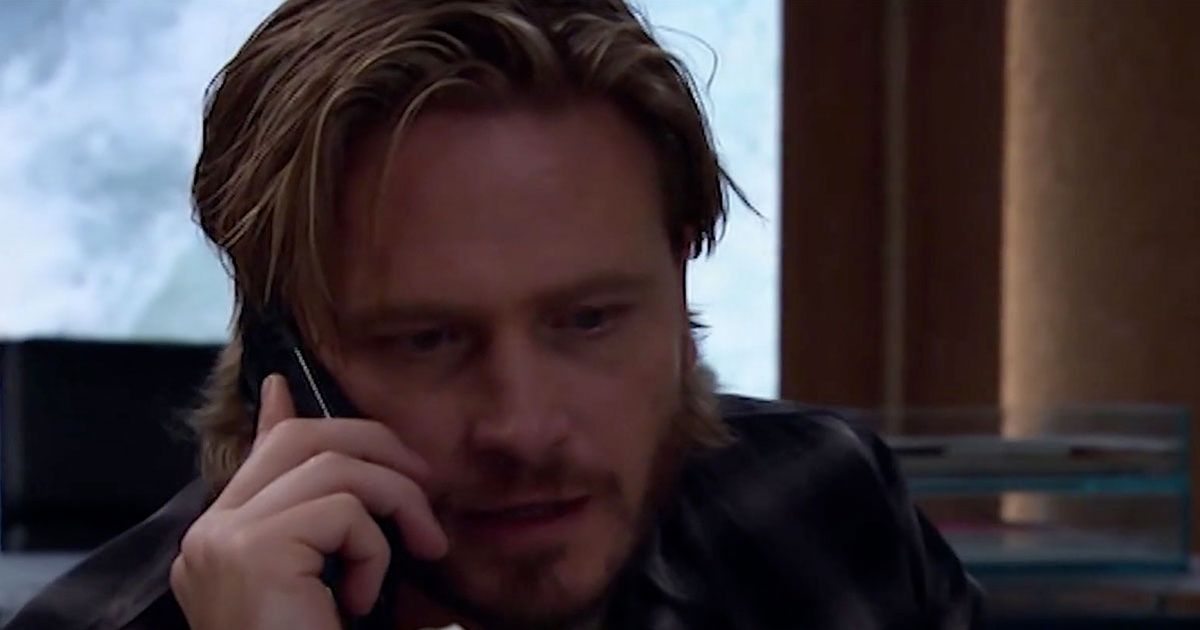 Fans of Emmerdale were glued to their screens on Thursday night as David, Wendy and Victoria were held at gunpoint by Russ.

Russ had demanded that £50,000 left to Harry after he was cut out of his mum’s will was returned to what he thought was the rightful owner.

Currently, Victoria is the one with access to the cash, and Russ nearly conned his way to get the money after telling her he needed it to pay off his mortgage.

But his real reasons were revealed to Victoria by Wendy earlier in the week, much to Russ’ disgust as he barged in on their conversation.

And he decided that he would have to take desperate measures to get his hands on the dough and brandished a gun on the pair, threatening to shoot them if the money wasn’t transferred to him immediately.

On Thursday night’s edition of the hit soap, viewers eagerly watched on as Russ made Victoria enter the office to give him the goods from the safe.

But David found himself in the thick of it and quickly had to hide under the desk as the pair entered. His cover was blown though as his phone rang, alerting David to his presence and David quickly told his son Jacob to call the cops.

Whispering to his son, he said: “Jacob, I need you to call the police. There’s a guy in the hide and he’s got a gun.

A frantic Jacob then gets off the phone to his dad to hurriedly make the call.

But it was this moment that confused fans, who called David’s actions into question and wondered why he didn’t just ring the police himself.

One fan wrote on Twitter : “Why didn’t David ring the police?”

Another seemingly agreed and commented: “David phones Jake not the police wtf.”

And a third appeared just as frustrated, writing: “Someone let David know it’s ok to call the police …gawwwwd.”

It’s not the first blunder fans have spotted on the soap this week. On Wednesday, fans watched on as Wendy came clean about her job in the NHS>

Wendy was forced to tell the truth while Russ held her hostage.

Looking ashamed, Wendy revealed to Victoria that she’s not actually a qualified nurse – despite working at the GP surgery in the village.

But viewers were quick to point out the likelihood of Wendy being able to get a job without producing any qualifications or references.

Once again fans took to social media to voice their confusion over the scenes.