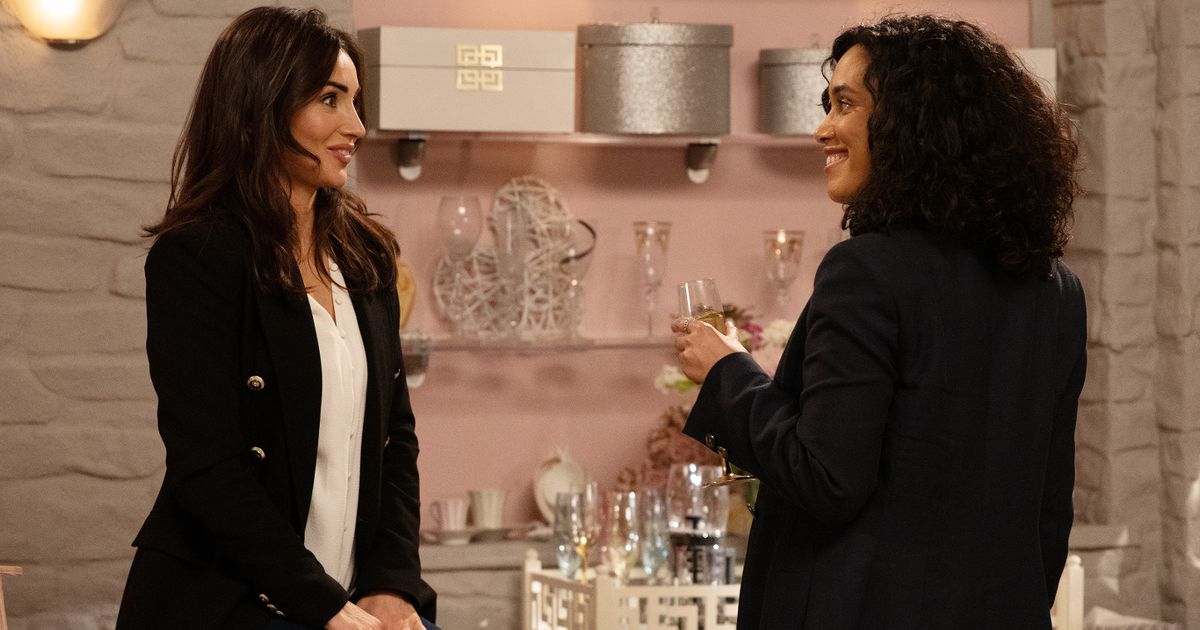 There are some huge moments happening across Emmerdale, EastEnders and Coronation Street this week, and it’s definitely not to be missed

Soap fans have a lot to focus on this week, with Emmerdale, Coronation Street and EastEnders all airing key moments across ITV and BBC One.

Corrie airs a devastating diagnosis for one character, as another resident’s fate is revealed following an accident.

Over in Emmerdale, a shocking secret is confirmed after weeks of speculation, while the soap’s stalking plot takes a worrying turn.

In Walford, EastEnders fans will see the fallout to Jean Slater’s near-drowning horror.

With big scenes coming up in Emmerdale very soon, it’s definitely one to prioritise as the upcoming events will be linked to what goes down during the huge flashforward week…

Coronation Street’s Faye Windass will be in for a devastating shock this week on the ITV soap, as she receives an upsetting health diagnosis.

The character, aged 20, will be told she is suffering from early menopause by a doctor after recent health tests at the hospital.

Faye had thought she was pregnant, and after experiencing pains she feared she was having a miscarriage.

But Faye and partner Craig Tinker were stunned and confused to learn Faye had never been pregnant, and it was instead a false positive.

Next week, Faye attends a hospital appointment alone as she the results come back, and she learns devastating news.

At the medical centre, her doctor tells her she’s suffering from an early menopause and will never be able to have anymore children.

Max was injured after trying to run away

Elsewhere, new spoilers for this week confirm Max Turner survives his brush with death, while it seems he’s in a bad way initially.

Max was injured after trying to run away, with him cutting his leg on a smashed window.

He was rushed to hospital, and this week Max has to undergo emergency surgery, and soon his dad David and stepmother Shona are assured by the surgeon that the operation has gone well, and he’s in a stable condition.

Emmerdale fans will finally find out what Leyla Harding has been hiding on the ITV soap, with her secret exposed this week.

It’s confirmed Leyla is secretly taking drugs, as is newcomer Suzy, with the resident living a whole different life away from the village and her husband.

Viewers had speculated all sorts after Leyla began acting out of character and making cryptic phone calls, before she was stunned to see Suzy in the village.

Now, spoilers for this week reveal Leyla’s drug habit will be exposed as she goes into business with Suzy.

Despite not being keen to have Suzy around, the pair are soon thrilled when their meeting with a rich client goes really well.

After securing his business as a client for their events and wedding planning companies, the pair meet up in secret and all is revealed as the two women prepare to take drugs.

Suzy holds up a bag of white powder which is revealed to be cocaine, and Leyla eagerly grabs it to take some behind The HOP.

Leyla and Suzy soon celebrate the deal with Eddie, before heading back to the office.

With Leyla on a coke-fuelled roll, her and Suzy are at risk of being caught out as Vanessa walks in unannounced – with drugs visibly on the desk.

Elsewhere, and Noah goes to extreme lengths to track Chloe’s movements as he continues to stalk her.

Noah has grown obsessed with Chloe despite their romance being over, and despite her telling him they won’t be more than friends.

Ahead of things reaching a “crescendo”, spoilers confirm Noah has placed a tracker on her phone, but he’s soon alarmed to see her in a different location to where her phone says she is.

When Chloe reveals her phone is missing, Noah manages to find it due to the tracker leaving her thrilled – with her unaware of the fact he is monitoring her.

But things take an even darker turn when Noah buys himself a flashy new drone and is soon hovering it outside her bedroom window, recording an oblivious Chloe.

Later in the week Noah manages to steal her house keys, and sneaks into her bedroom where he’s soon having a snoop around at her things.

Following Jean Slater’s near-drowning last week and her finally seeking help for her mental health crisis, Stacey is struggling in the fallout.

She asks ex Martin for support as she prepares to tell her daughter Lily what happened in Southend.

Stacey goes to the hospital to visit Jean, and later Lily hears exactly what happened during a row between her mother and Martin.

Got any theories or thoughts on the current storylines? Let us know in the comments section below