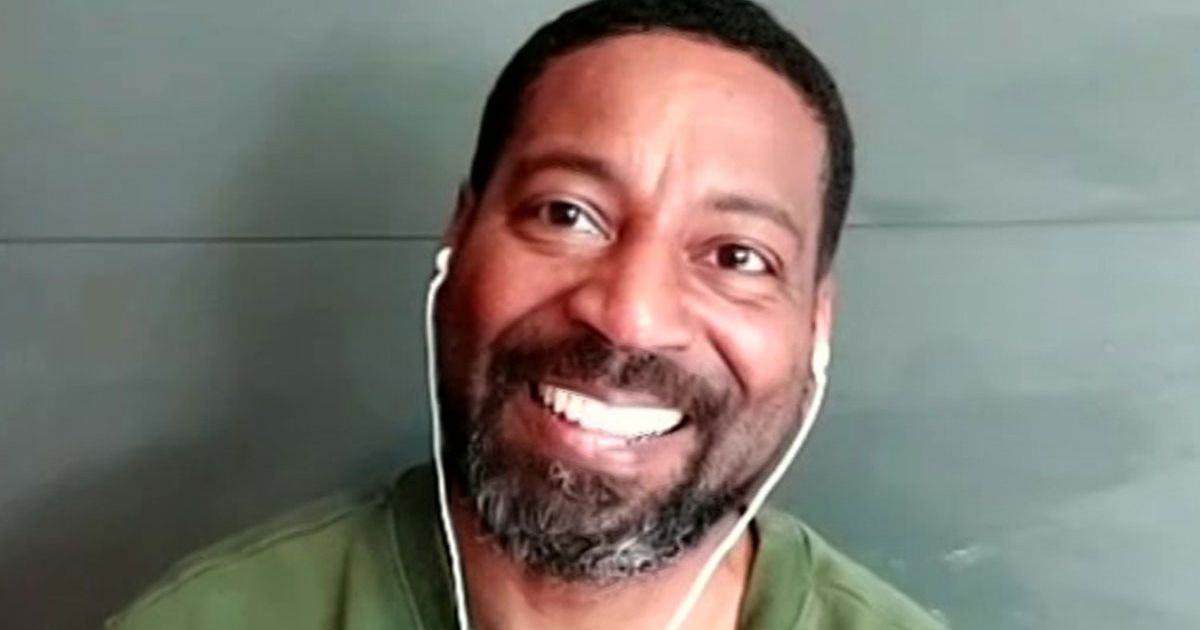 Emmerdale actor Kevin Mathurin has teased that fans of the soap will be satisfied with Meena Julta’s comeuppance.

Asked by Linda Robson if “murdering Meena gets her comeuppance”, Kevin suddenly suffered a technical glitch as the panel accused him of “avoiding the question”.

“No I don’t think I can answer that, but the pay off will be amazing. I guarantee that,” Kevin revealed with a grin on his face.

Emmerdale’s dramatic stunt week is well underway, with Charles and Manpreet taking part in the epic survival challenge – which is going to end tragically.

Speaking about filming the water scenes, Kevin said: “At the end of the evening, I didn’t even want to look at a bath. I was so sick of being in water all day!

“But it was an amazing experience, but yeah we were wet constantly,” he continued.

“We were looked after really well, every time we were out of the water we did have costume changes, we did dry up and then we were back in again and carried on filming. Everyone was troopers, it was amazing,” Kevin added.

He also praised his stunt double named Leon who was the person viewers saw fall into the water from the bridge.

Coleen Nolan then asked actress Rebecca if she can give them a snippet of what’s going to happen.

“You’ve obviously seen Manpreet and Charles have sort of dragged themselves out of the rapids,” Rebecca replied.

Loose Women then showed an exclusive clip of Wednesday night’s episode which shows Manpreet and Charles having a heart-to-heart.

“Of course I love you, I never stopped,” Charles tells Manpreet as she replies: “So now what? I understand you can’t hurt Andrea.”

But Charles then tells his ex: “You wrecked everything when you walked away.”

The ITV soap opera kicked off its Super Soap Week in style on Monday after the bridge collapsed, plunging Charles and Manpreet into the raging river below, while Victoria Sugden and David Metcalfe clung to the bridge for dear life.

Serial killer Meena had earlier sabotaged love rival Victoria’s harness for abseiling down a mountain but Victoria backed out of the activity.

However, despite the fact that Meena’s own boyfriend David is in danger, Victoria could still perish in the new disaster.

Witnessing the terrifying scenes happening on the bridge, Meena looked shocked but fascinated and said: “Wow.”

Yet Meena then resolved to find her older sister Manpreet but not in a particularly panicked fashion.

“I need to find my sister,” she said as she stood watching the scene from the cliffside.

Meanwhile, both David and Victoria went on to fall into the raging waters below and their lives are now in danger with the drama continuing tonight.