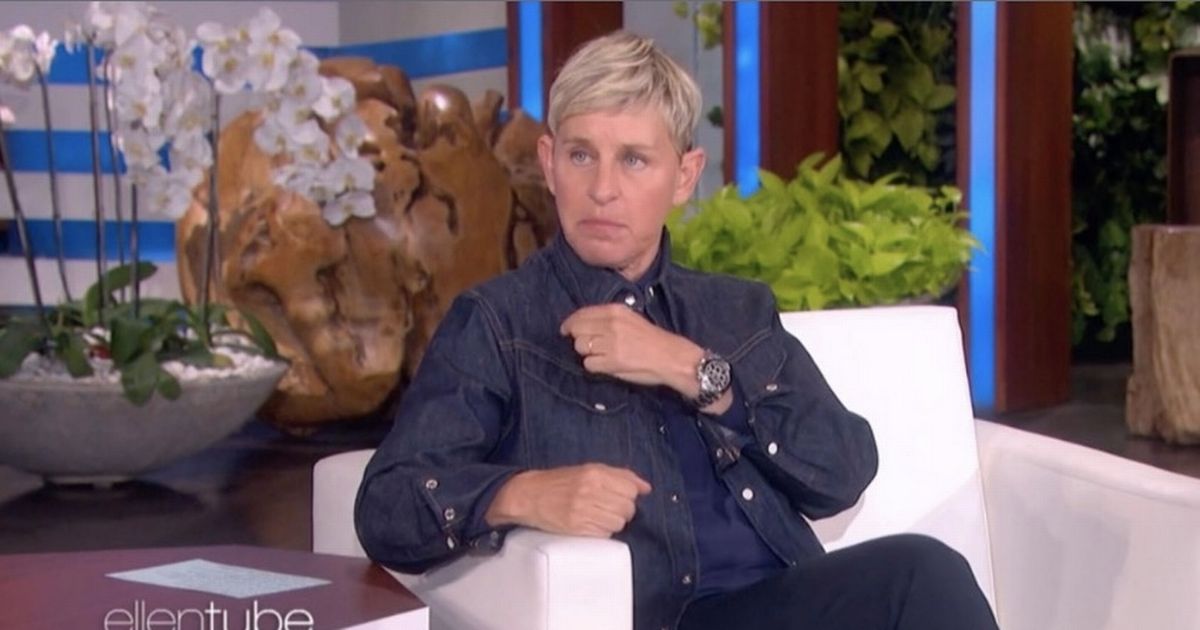 Kim Kardashian reveals Pete has a ‘branding’ of her name

The popular talk show has been running since 2003 and is set to come to an end in May with the final episode to air on May 26.

And it’s been reported that Ellen, 64, wants to make sure all workers on the show are “taken care of”.

A source told New York Post : “Ellen and [production company] Warner Bros. worked together to make sure every person was taken care of.

“It was not even a question for Ellen to cover bonuses … That was very important to her.”

While the exact figure wasn’t revealed, the source claimed Ellen had been “incredibly generous” throughout her time on the show despite allegations of a toxic culture.

The Ellen DeGeneres Show is coming to an end

Two years ago, the star was rocked by the claims and also provided an on-air apology after several former employees hit out at how they were treated on the show.

It’s reported that Ellen has been gifting her employees throughout the final series of the show – the 18th series – with presents including trips, watches and cars.

Deadline reported that as well as the gifts, Warner Bros. revealed plans to extend the health-care coverage of members of staff for up to six months after the show ends.

In a bid to aid further employment prospects, the show’s creators have also reportedly set up résumé-building and networking workshops for all staff.

The last series of the show is set to welcome a host of A-list celebs, with the likes of Michelle Obama and Channing Tatum set to appear.

Other stars including Serena Williams, Zac Efron and Adam Levine are also set to sit on the sofa for a chat.

Last month, Ellen appeared to accidentally let slip that another Kardashian was pregnant during her interview with pal Kris Jenner.

It followed the birth of Kylie Jenner’s new son, Wolf, on February 2.

The final episode will air in May

Kris revealed that she had been at the birth of her grandson, branding it “amazing” and said that she was shocked at how much he looked like his older sister Stormi.

When Ellen quizzed who would be next to give her a grandchild, Kris responded: “I think it would be nice if it was Kendall, right? She’s the only one who hasn’t had a baby.”

Ellen went on to suggest that another of Kris’ children was already pregnant as she said: “I think she’s not gonna be the 12th though.”