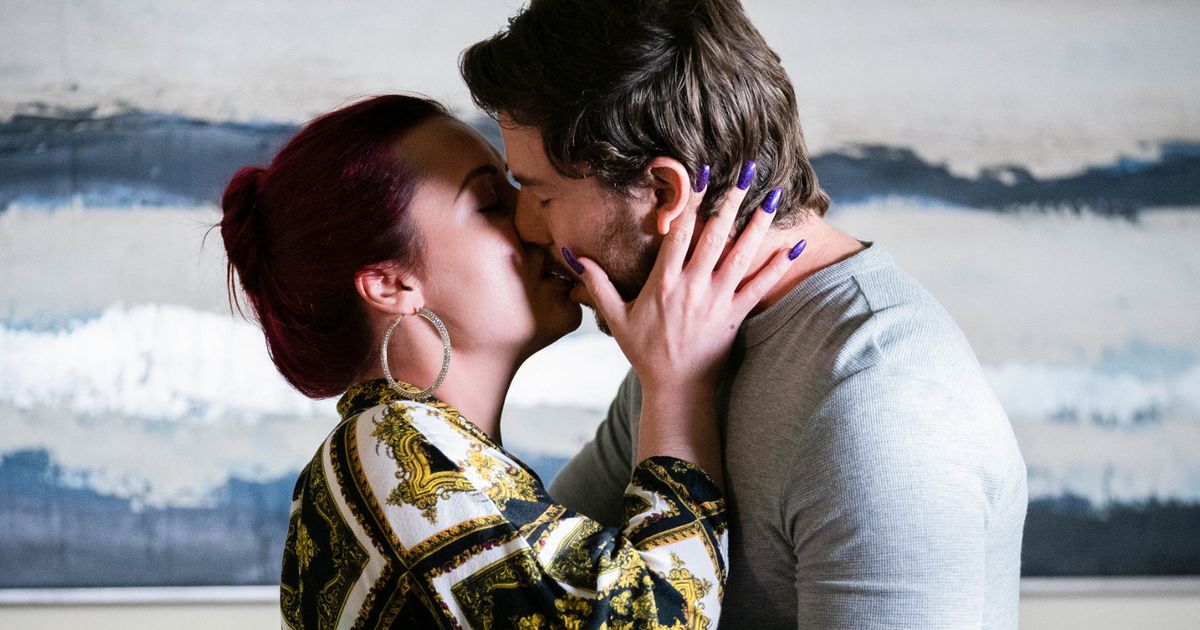 Whitney Dean ends up being seduced by her boyfriend’s killer Gray Atkins as he breaks down over a confession to the fledgling singer on EastEnders.

Earlier this year, Gray claimed his third victim after discovering the object of his obsession – Whitney – was going to run off with boyfriend Kush.

After discovering Kush on the platform, Gray pushed the Walford favourite in front of a train, leaving fans devastated.

But in an upcoming episode, Whitney kisses her former lawyer after he confides in her about the death of his father.

Whitney Dean ends up being seduced by killer Gray Atkins
(

Gray, played by Toby-Alexander Smith, tells her about his dad dying and is shocked when he is overcome with emotion about his childhood memories.

As the pair get close, they end up sharing a kiss…

After she revealed that she was leaving him, a furious Gray let rip and lashed out – pushing her backwards onto an open dishwasher tray and leaving her to die skewered on knives.

The pair end up kissing after Gray’s confession
(

Tina Carter discovered what he had done but, when she confronted him, he killed her in the run-up to the new year and hid her body in a carpet.

Since then, Gray has been trying to cover his tracks by claiming that Tina fled the Square after being framed for Ian Beale’s attack.

The Carters still believe that Tina is in hiding and have – ironically – been trying to get Gray to help find her.

How will they all react when they discover the truth about Gray? And what will Whitney do when she realises that Kush’s death wasn’t a tragic accident but murder?

*EastEnders airs Mondays, Tuesdays, Thursdays and Fridays on BBC One