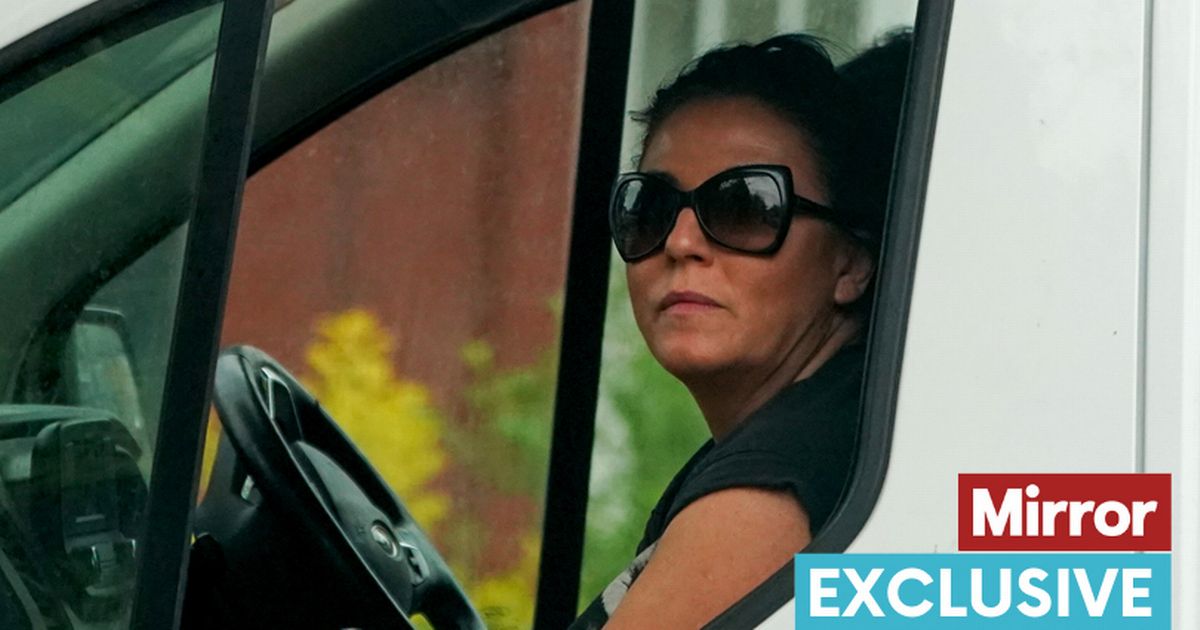 Jessie Wallace – Kat Slater – is ‘over the moon’ after suffering numerous relationships to have been struck by disaster just like her character on the soap.

Jessie Wallace is dating her builder (

Smitten soap star Jessie Wallace has cemented a new relationship… with her builder.

The unlucky-in-love actress – EastEnders ’ Kat Slater – is dating a handsome labourer she booked for a job.

And friends say the tradesman has laid the foundations for a long-term union by moving in after just a matter of weeks, following a romantic holiday abroad.

A source said: “It’s like a plotline from the soap – a classic Kat escapade. Jessie seems to be over the moon.”

The pair have been spotted getting close in Muswell Hill, the leafy north London suburb where Jessie lives.

Our snaps show her man wearing a body warmer with the yellow logo of drill maker DeWalt, and paint-spattered ­trousers with utility pockets.

The couple went on a romantic holiday
(

Jessie, 50, donned a pair of designer shades to enjoy a ride in the mystery man’s white Transit – complete with ladders fitted to the roof.

And in turn, the builder has been seen taking a spin in Jessie’s Range Rover Evoque.

The soap star usually posts regular updates about her life on social media but has so far made no mention of her handyman.

News of the surprise union comes just a fortnight after the Jessie was pictured sipping champagne in the spring sunshine before being helped into a car in London.

There was no sign of her new fella on that occasion.

Sources suggest the soap favourite will be hoping she has finally hit the romantic nail on the head after a string of bodge jobs.

Jessie was dating Majorca-based millionaire Paul Whitworth – once jailed for fraud – when she was cast in the BBC soap in 2000.

The couple are believed to be living together already
(

The pair split as she rose to fame and she went on to have a fling with American Andy Burton.

He later embarrassed her with kiss-and-tell revelations.

Jessie also dated policeman Dave Morgan, who she met after being arrested for drink-driving in 2003.

They moved in together but split shortly after their daughter Tallulah, now 17, was born.

But she called off their reported £300,000 wedding just hours before they were due to tie the knot after finding out he had sent explicit photos of her to his ex-girlfriend.

And in 2016, Jessie split from musician Tim Arnold after a four-year romance.

Her most recent known boyfriend was father-of-five Paul Kempin, but the pair called it a day in 2019 after two years together.

On screen, Kat has had just as many affairs. She was famously married to Alfie Moon, played by Shane Richie, and is now with Phil Mitchell, alias actor Steve McFadden.