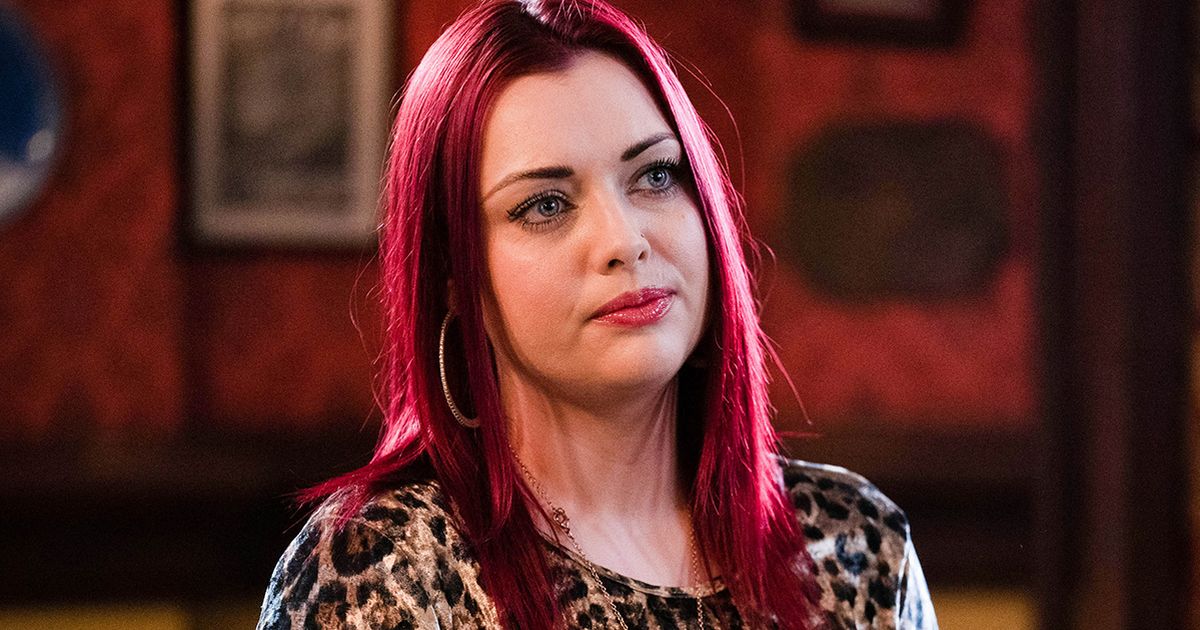 Shona McGarty is known for playing Whitney Dean in EastEnders. The actress turned 30 this week and says she is ‘lucky’ to work on the soap after some ups and downs

EastEnders: McGarty on whether Whitney will get ‘happy ending’

Shona McGarty turned 30 this week and the milestone was celebrated by her EastEnders co-star Maisie Smith.

Maisie took to TikTok to showcase their dance skills in a routine set to Doja Cat’s song Woman.

She also shared the video to her Instagram Stories and wrote as the caption: “Happy birthday to my big sista. @shonabmx 30 is just the beginning baby girl.”

Shona has been an EastEnders favourite for years since joining the soap as Whitney Dean in 2008.

Her character has had to grapple with many dramatic storylines and her personal life in the real world has also had some ups and downs.

In 2012, EastEnders bosses told Shona, who was 20 at the time, that she faced the sack if she did not become better at timekeeping.

She was given a month unpaid suspension from the soap after repeatedly turning up to set late.

The Borehamwood native was also fined about £3,000 to cover the crew’s overtime costs when scenes ran late.

However, she seemed to learn her lesson and upon her return to work, she said she would be curbing her nights out.

Shone McGarty is famed for playing Whitney Dean on EastEnders
(

“I realise how lucky I am,” she said following the suspension.

“I’m just going to stay in now. I’m ­going to try and be good. It’s like a big family on EastEnders.”

“And I am going to buy one of those big old-fashioned alarm clocks with the bells on it!”

And last year the actress surprised fans when she shared that she and her electrician beau Ryan Harris secretly split.

She confessed that they grew apart when chatting to the Daily Star in 2020 and explained that they were not meant to be.

Shona told the outlet “Nothing bad happened, it was all very amicable. We were together for a long time, but it just wasn’t meant to be.”

She secretly split from her fiance Rya Harris
(

The talented star also revealed that although she split from Ryan in 2019, she was not – at the time – ready to move on.

She added: “I’m not ready to date anyone else at the moment and I think it’s really important to have some time by yourself.

“As I’ve got older it’s refreshing because I no longer care what people think of me any more. I’m definitely older and wiser.”

The actress, who has been playing troubled Whitney since 2008, said she feels “lucky” to have been able to grow up around so many wonderful people while working on EastEnders.

Shona and Ryan announced their engagement back in January 2018.

In 2012, she was handed a month-long suspension from her soap role
(

At that point, they had been together for five years after meeting through mutual friends in 2013.

Ryan popped the question to her during her surprise birthday party.

“I turned around and Ryan was down on one knee and I started crying,” she said at the time.

He added to OK! magazine : “As soon as I knew she was ready [for marriage] I was throwing her off the scent!”

They also spoke about how they met through friends, and how Ryan had no idea who she was despite her soap fame.

“It took a bit of getting used to Shona being in the public eye and it was a shock at the time as a lot of people would come over to Shona when we were out,” Ryan said.