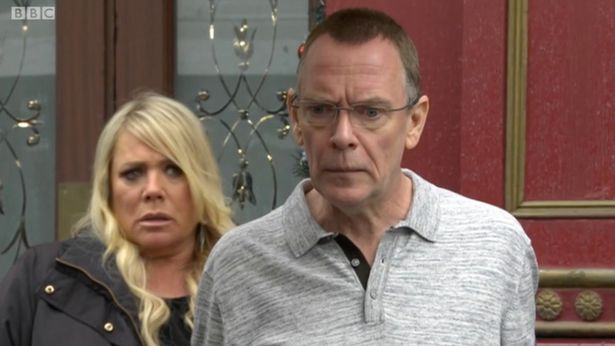 EastEnders aired a flashback scene on Monday night, that placed Ben Michell at the scene of the crime when Ian Beale was attacked.

Ian was hit over the head and left for dead in The Queen Vic, with a number of suspects on the list.

Some characters who appear to have been ruled out are Tina Carter and Bobby Beale – as both have been questioned by police, with Tina vowing to clear her name.

Other suspects include Max Branning, Peter Beale and even Sharon – with the truth set to be revealed on Christmas Day it seems.

But Monday’s episode may have ruled out another suspect, after a shock arrest.

This was echoed by another viewer who said: “Ben did not attack Ian! I reckon he came in and found Ian on the floor and ‘You had it coming’ was reference to someone getting there before him. “

EastEnders airs Mondays and Fridays at 8.05pm and Tuesdays and Thursdays at 7.35pm on BBC One.