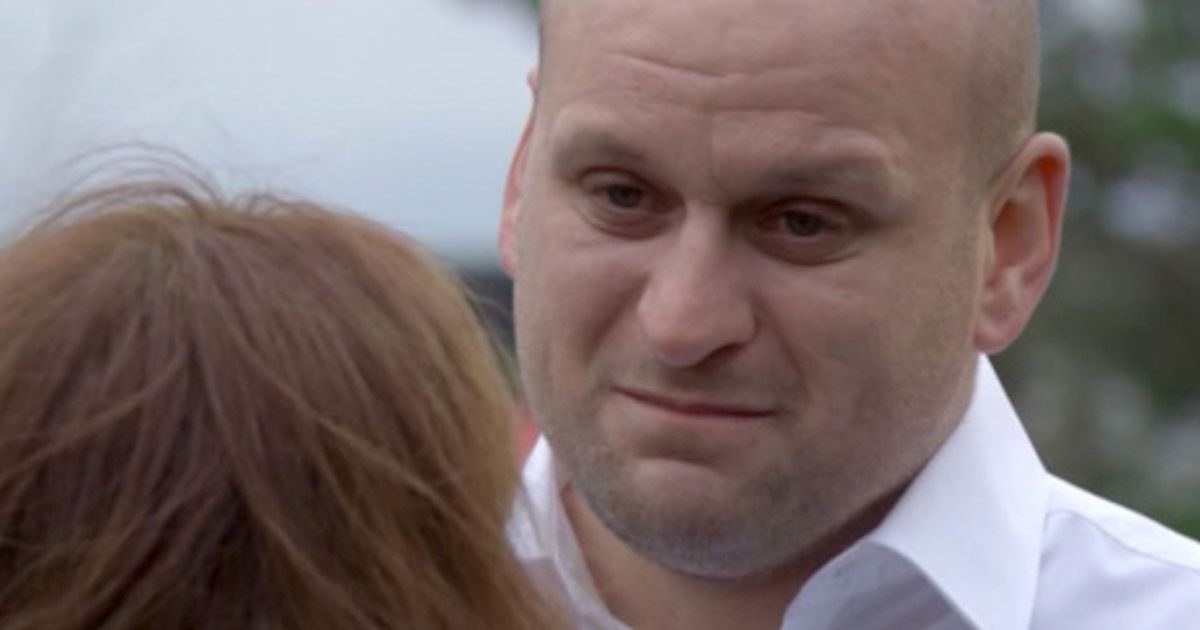 Viewers tuning into the BBC One soap were heartbroken as they watched Stuart overcome with emotion as he told Rainie all about his secret cancer diagnosis after a blazing row.

Stuart hit Mick Carter (Danny Dyer) in the pub after accusing him of having an affair with Rainie, but she was left equally fuming after she heard his accusations and she rushed out the Queen Vic.

Rainie was followed out by Stuart and Sonia, who urged him to tell her the truth about his health battle.

Stuart broke down as he told Rainie the truth
(

In heartbreaking scenes, he finally opened up about the secret he was keeping: “I’m so sorry, darling. I think I thought, if I didn’t, maybe it’d stop it from happening. I just don’t want to leave you and I don’t want you to leave me.”

The pair were in tears as they embraced as Rainie struggled to take in the news.

Fans on the BBC One soap were equally devastated for the couple and took to Twitter to share their thoughts.

He has been keeping his cancer diagnosis a secret
(

“Rainie and Stuart broke my heart. @TanyaFranksRuns and @RickyChamp1 was brilliant tonight! #EastEnders,” one wrote.

A second added: “that scene just broke me! i love Stuart and Rainie ! I’m so glad he’s finally told her though #EastEnders,” as a third shared: “Outstanding performances from @RickyChamp1 & @TanyaFranksRuns tonight.

“Stuart & Rainie have grown into one of #EastEnders ‘ most iconic couples.”

A fourth wrote: “I love Stuart and Rainie so much. Please keep them safe and keep them together always. #EastEnders.”

Stuart has been keeping a huge secret
(

Actor Ricky Champ previously spoke of the importance of the storyline.

“I feel honoured to be trusted with such an important storyline. We will see Stuart really struggle with the fact he has cancer, and to learn that it’s breast cancer is really difficult for him to understand,” he said.

“I hope by shedding a light on male breast cancer, more men will be aware of it and seek out a doctor if they notice anything wrong.”