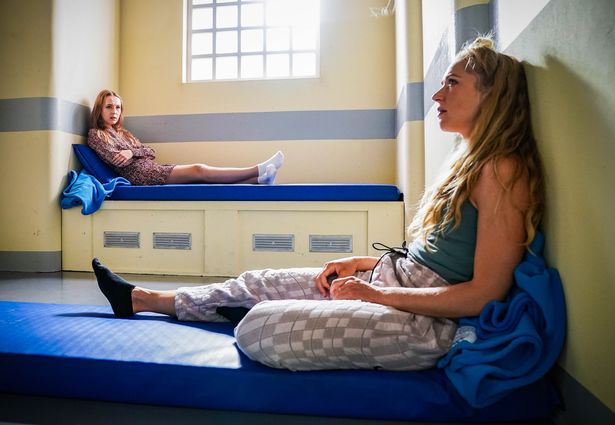 EastEnders’ Nancy Carter is forced to share her true feelings over her recent drama with Zack Hudson next week.

Scenes lead to her and sister Frankie Lewis spending the night in a police cell after a brawl at a bar.

A fight breaks out at The Albert, leading to the pair getting arrested – with officer Callum Highway left to deal with them.

At the start of the week, Nancy is feeling down and decides to go on holiday with a group of girls she has met.

Her boss Sharon is annoyed about this, given the short notice, but she quickly suspects it has something to do with her brother Zack.

The morning after, and both sisters wake up in a police cell after being arrested over the violent brawl.

Sharing a cell, the siblings are forced to spend time with each other and talk about recent goings on.

As they talk through the situation with Zack, Nancy opens up to her sister.

Officer Callum soon arrives to tell them that they’re being released, with no further action being taken against them.

Do you enjoy reading about the soaps? Sign up for all the best soap news from the Mirror here .

So how will the girls explain there absence all night, and will Nancy and Zack find a way past everything that’s gone on?

She’s still yet to uncover the truth about her accident, which threatens to blow the Carters apart.