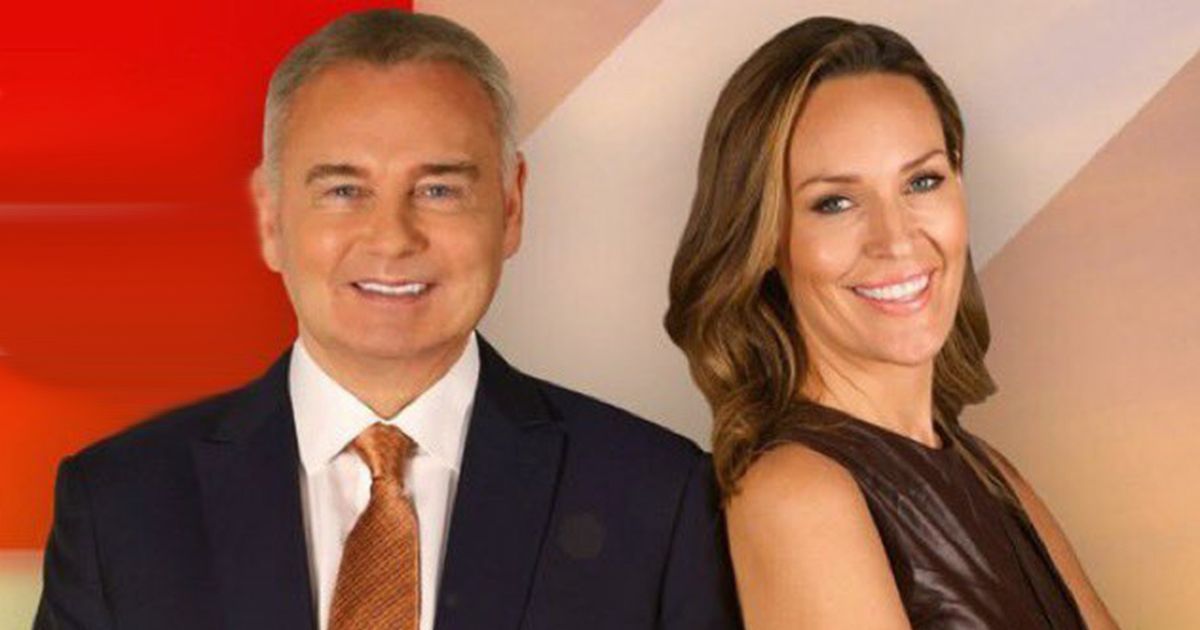 In 2021, Eamonn Holmes quit This Morning and ITV – who he has worked for since joining GMTV in 1993 – in favour of joining rival GB News

Last year, Eamonn quit This Morning and ITV – who he has worked for since joining GMTV in 1993 – in favour of joining rival GB News.

It came after Eamonn and wife Ruth Langsford’s role on This Morning was reduced after their usual presenting slot on Fridays was replaced and covered by Alison Hammond and Dermot O’Leary.

While Ruth is still working for ITV as she presents Loose Women, Eamonn has moved over to GB news and made his debut this week.

Eamonn Holmes appeared to take aim at GMB this morning
(

A follower replied: “About as badly as #GMB viewing figures now you best jump ship Andrew go over to @EamonnHolmes new morning show on #GBNews.”

Eamonn retweeted the commented with four grinning emojis and a thumbs up emoji.

It comes after Eamonn vowed to to do things differently at GB News as he made his debut on the controversial channel on Monday morning.

Presenting his new breakfast show alongside Isabel Webster, he said: “I’m having some lovely messages from people all around the country who are looking forward to whatever we’re going to do differently. Hopefully we are going to do lots of things differently.

The reaction to the show on Twitter was divided, with one viewer claiming that Eamonn looked tired.

“Accidentally clicked on #gbnews this morning and poor old Eamonn Holmes looks half asleep, he’s not keeping up with what’s going on at all,” one person tweeted.

Another posted: “What a great start for Eamonn and isabel’s new breakfast show – and that other broadcasting legend, Jenni Murray, talked such good sense, reviewing the newspapers. #GBNews #Eamonn.”

Someone else said: “@EamonnHolmes it’s so good to have you back on morning tv, Eamonn! Loving you and @IsabelWebster_ on #GBNews.”