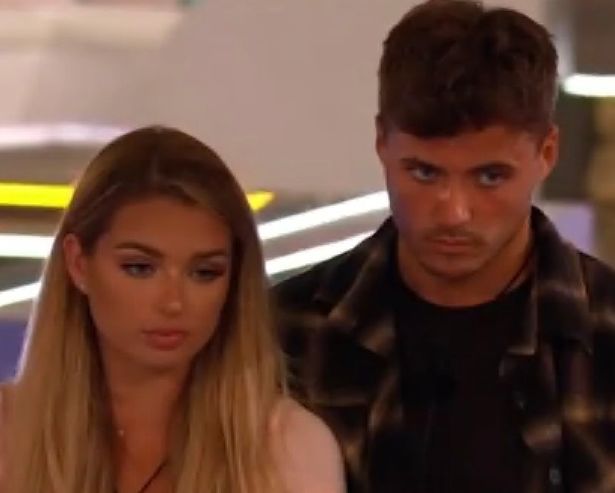 The latest Love Island contestant to be dumped from the villa has already packed up and left – as fans of the show eagerly await to discover if it is a Brad McClelland or Lucinda Strafford shaped hole that will be left on the show.

Producers of the hit ITV2 reality romance show introduced an epic twist on Tuesday night as the pubic voted which of the couples were most compatible after three weeks of the show.

The couple to receive the least votes would then be deemed the least convincing couple – with 26-year-old Brad and 21-year-old Lucinda receiving the unfortunate title in scenes that aired on Tuesday.

But what is yet to be revealed is which of the two would be told to pack their bags and leave the villa for good – with a brutal twist stating that the pair had to decide between themselves which would be sent home.

Chuggs told Simon Gross on his weekly Love Island Extra Instagram Show: “Brad And Lucinda are least compatible after he sold the dream to Rachel and ditched her – the public may think he is selling the dream also to Lucinda!”

Chuggs went on to accuse his former fellow Islander of playing games in the villa – and speculate that Brad would merrily thrown Lucinda away if his head was turned by someone else.

He said: “Brad is not stupid he was playing a game with Rachel he told me he wasn’t interested in her.

“He genuinely does fancy Lucinda- I mean who wouldn’t. It would be interesting to see if another girl better looking than Lucinda walked if he would jump ship and again?”

Love Island continues on ITV2 and via the ITV Hub tonight at 9pm.