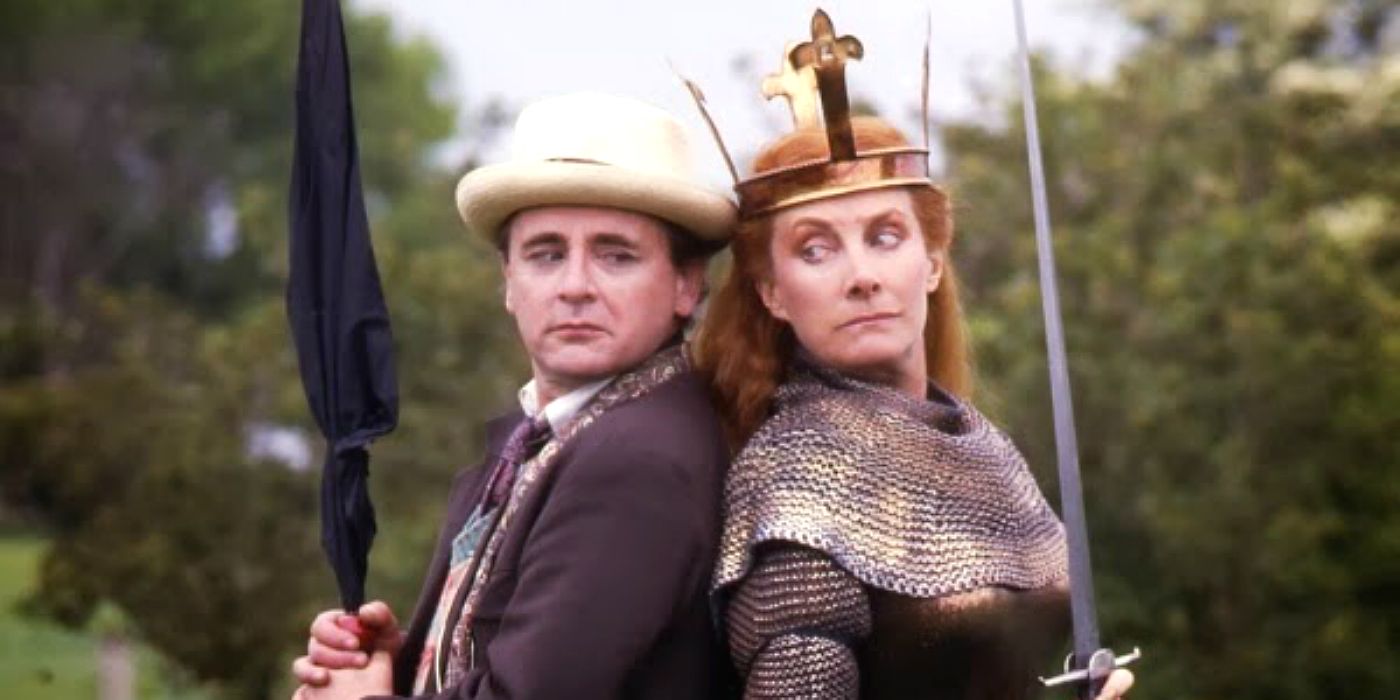 It’s a fascinating way to explain the Doctor Merlin, and the parallels between this reality and the normal Doctor Who universe are particularly entertaining. The Merlin Doctor is clearly the equivalent of Jon Pertwee’s Third Doctor, who was also exiled to Earth; in that case, Brigadier Lethbridge-Stewart of UNIT becomes our reality’s Arthur. Appropriately enough, Lethbridge-Stewart was the first to meet Morgaine after her arrival on Earth, and he immediately earned her respect as a warrior. What’s more, in Arthurian folklore the King of Camelot is destined to return in Britain’s hour of greatest need; Lethbridge-Stewart’s body was resurrected after a fashion by Cyber-technology in the Peter Capaldi story “Death in Heaven,” and he proved of material assistance to the Doctor. “Of course,” the Doctor observed after figuring out who this lone Cyberman really was. “The Earth’s darkest hour and mine. Where else would you be?“

The barriers between the different dimensions became almost impenetrable as a consequence of the Time War, meaning this reality is unlikely to ever intersect with our own again. Now this has been clarified, hopefully Doctor Who tie-ins will decide to explore the Merlin Doctor, revealing just what this mysterious dimension is really like.