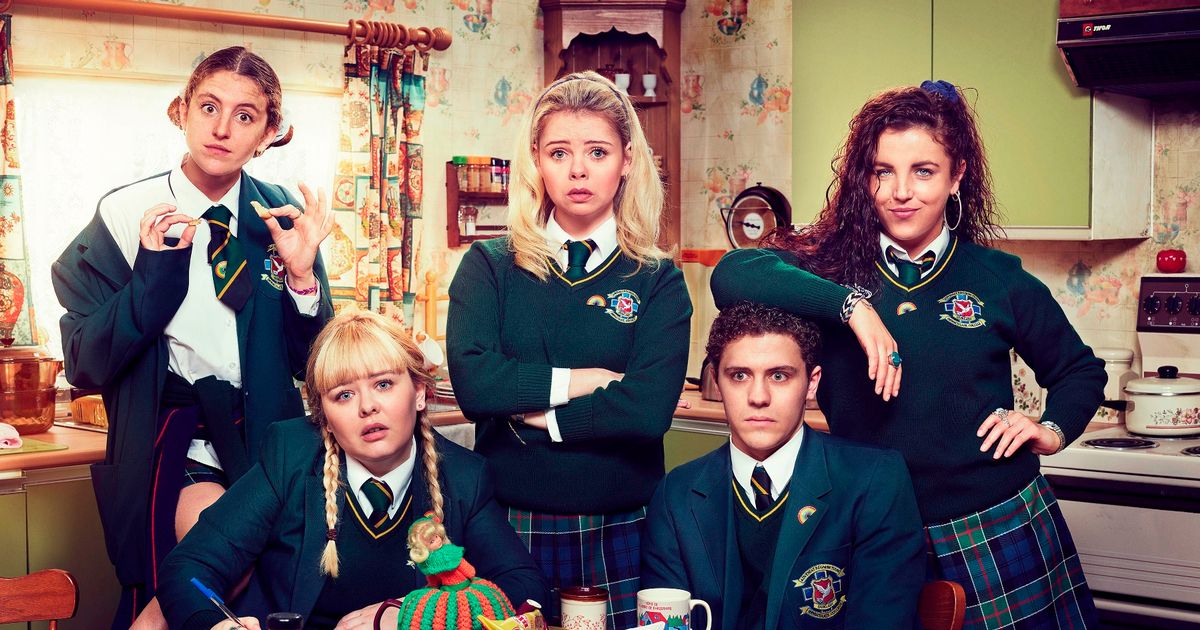 Fans have been eagerly awaiting the return of Derry Girls and they don’t have long to wait, as Channel 4 has announced the start date of the final series and it’s very soon

Derry Girls fans have eagerly been awaiting the comedy series’ return and they don’t have long to wait, because it will be back on our screens in the next couple of weeks.

The return of the Channel 4 show, created and written by Lisa McGee, has been teased in recent weeks, though a start date for its third season hadn’t yet been revealed.

It has however now been confirmed that the new season – which will be its last – will begin on April 12, so fans don’t have very long to wait until it’s back.

The upcoming final season is therefore less than two weeks away, which was announced by its broadcaster and its creator on social media yesterday amid anticipation.

Channel 4 revealed the start date on its Twitter account, alongside a first look which teased yet more comedic antics by the five teenagers at the heart of the show.

The characters have become beloved by viewers who have observed the adventures of Erin Quinn (played by Saoirse-Monica Jackson, 28) and her friends since 2018.

The show, which is set in Derry during the mid 1990s, debuted in 2018 and has become one of Channel 4’s most popular comedy shows over the years since it premiered.

Teasing the upcoming third season, creator McGee warned viewers to “buckle up,” with many fans disappointed that the new instalment will be the last of the show.

Cast member Coughlan, 35 – who is now also known for her role as Penelope Featherington on Bridgerton – recently opened up about filming the final season of Derry Girls.

She told Radio Times recently that because it was filmed during the pandemic and was “really stressful,” she wasn’t sure if the cast “really processed” that it was the end.

Coughlan added: “It was weird. I think it’s a show that now it really feels like it belongs to the fans, if that make sense.” She said that the experience had been a bit of a “blur.”

Derry Girls returns for its third and final season April 12 on Channel 4. You can catch-up through All4 now.