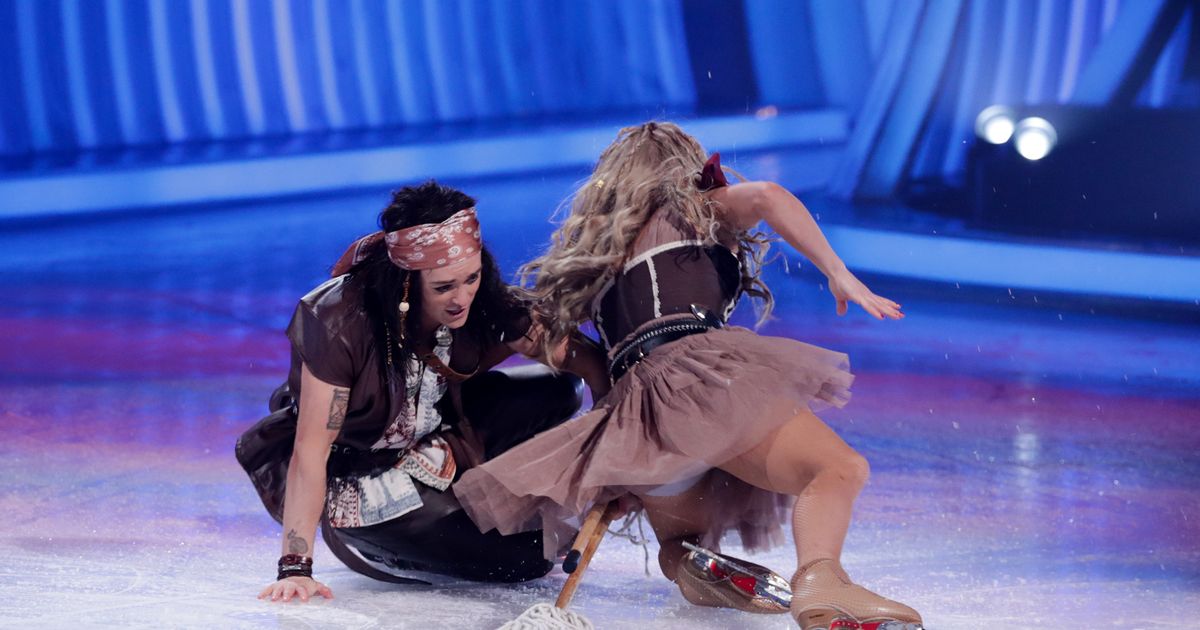 The Vamps star, 25, injured himself during props week on the hit ITV show and told hosts Holly Willoughby and Phillip Schofield during his post-dance chat that he was actually bleeding from the fall.

And Connor took to social media himself shortly after confirming he needed stitches in the nasty wound.

The musician posted a video of doctors getting to work on the wound on his Instagram Stories, before also posting an update on Twitter.

He wrote: “Guys I’m okay, currently getting my leg stitched up but thank you so so so much for voting me through once again, you guys are actually incredible i’m too lucky honestly.”

His comment led to fans frantically sharing their concern for his wellbeing, with one user writing: “Thank god you are ok was really worried could see the colour go in your face and it looked so painful.

“Please rest up and take care and don’t worry. You did so amazing to continue with it and you are fantastic!! i didn’t know who you were before this competition but I love you!”

Another penned: “King stop falling you’re sending me into shock every week we can’t keep doing this man.”

And a third said: “You did incredible! So glad you’re through to next week you deserved it even with the fall! You bring so much energy to the ice! Hope your injury isn’t too bad so you can come back fighting for next week!.

However, some did attempt to make light of the incident, with one fan joking: “When we said break a leg this isn’t what we were thinking of. “

Another quipped: “Think you are definitely leading the stitches count on this year’s show !! In all seriousness, well done for the skate and carrying on after the injury #dancingonice.”

He was using a mop as part of their routine and when he attempted to jump he took a tumble, resulting in a cut.

Connor uploaded a video of him getting stitched to Instagram
(

While the jump didn’t go unnoticed by the judging panel, he still posted a score of 34 and progressed to next week’s show.

Corrie star Sally Dynevor was the unfortunate skater to get sent home after she went up against Kye Whyte in the dreaded skate off.

Unfortunately for Sally all four judges decided to save Kye – which means Sally and her partner Matt Evers had to leave the competition.