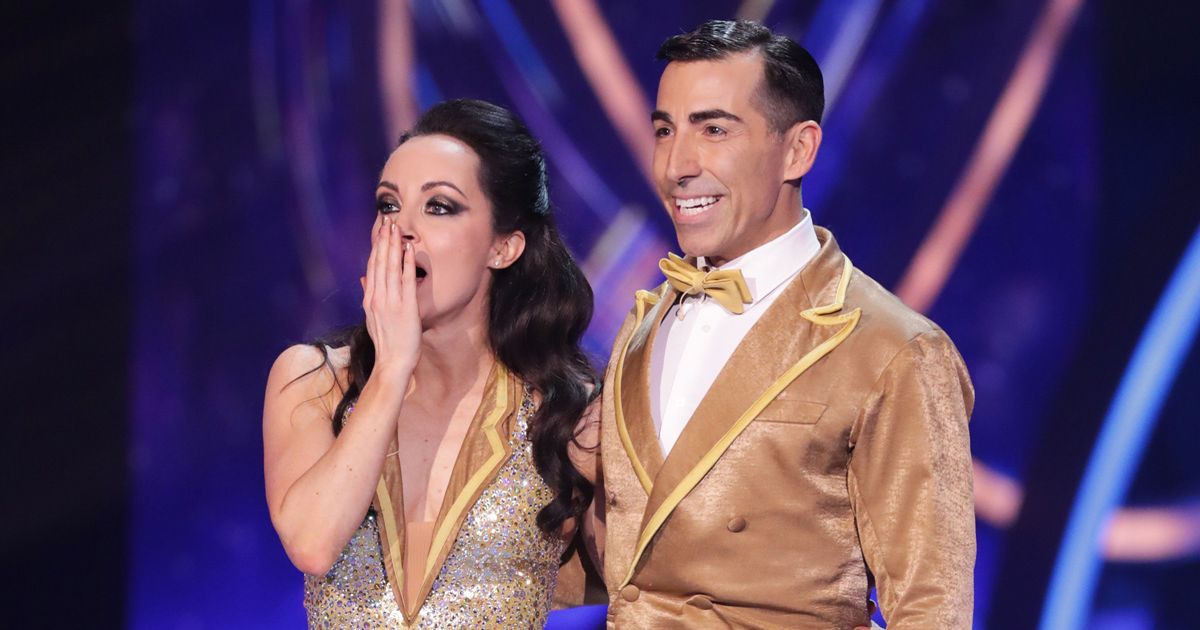 Dancing on Ice contestant Stef Reid sadly didn’t make it to the semi-final as she bowed out of the competition tonight.

Stef and her professional skating partner Andy Buchanan found themselves in the dreaded skate-off against Kye Whyte and his partner Tippy Packard.

And it was Olympic BMX racer Kye who the judging panel chose to save and send through to next week’s semi-final.

Paralympian Stef, 37, took it on the chin and smiled as she hugged Andy and thanked him for her time on the ITV show.

One person said: “Doesn’t seem fair that Kye can perfect a routine about 6 times and Stef goes on the first time she performs her skate off routine #dancingonice.”

Another joked: “Kai survives his 50th dance off of the season #doi #dancingonice.”

A third person tweeted: “These judges are definitely not watching what I’m watching #DancingOnIce.”

However, other fans of the show were keen to show their support for Kye.

One tweeted: “Feel for Kye. He’s such a good skater…fearless…but just not getting the votes #skateoff #DancingOnIce.”

And another wrote: “Yessssssssssss come on Kye #DancingOnIce.”

Kye will now perform in the semi-final of this year’s series alongside Brendan Cole, Kimberly Wyatt, Connor Ball and Regan Gascoigne.

Host Phillip Schofield also confirmed that there will be a double elimination next Sunday, meaning that only three pairs will skate in the Dancing on Ice final on Sunday 20 March.