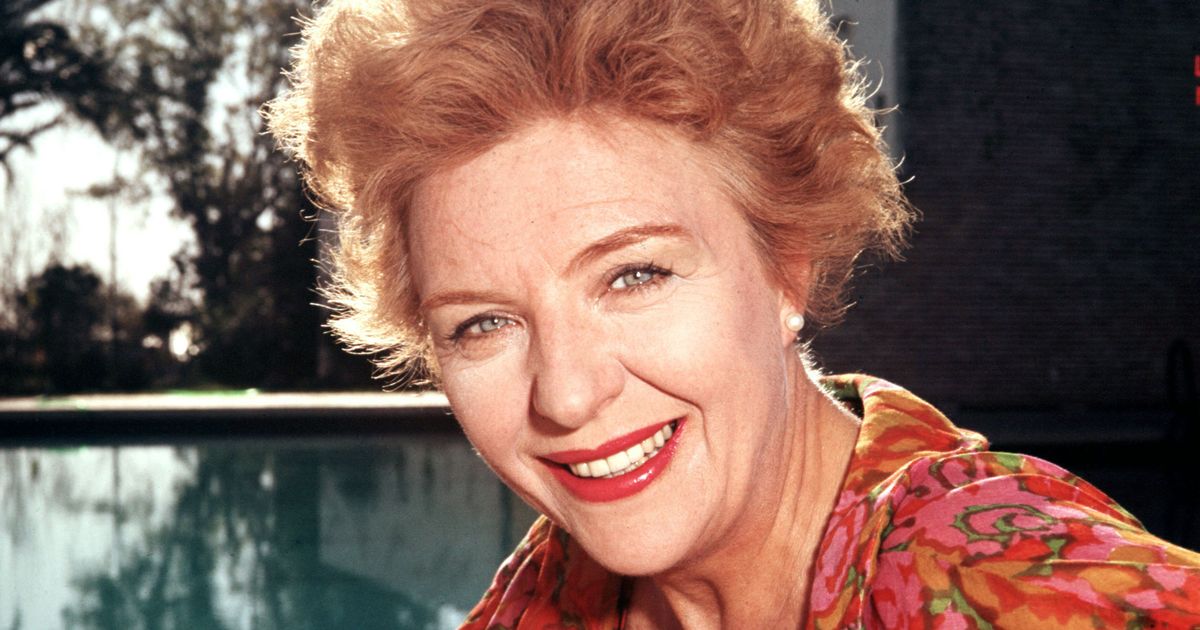 Fans adored her, stars loved her and for a generation of viewers she was the big name in TV.

At 6.35pm on weekdays, 18 million tuned in to see Noele Gordon play Meg Richardson – the matriarchal boss of the Crossroads Motel.

The fictional hotel in Birmingham was famed for its wobbling scenery and in many ways, felt like a UK forerunner to Aussie soap Neighbours.

That’s not surprising, though – Noele and pal Reg Watson helped create ATV, which produced Crossroads, before Watson went on to launch Neighbours in his native Australia.

Noele played Meg from 1964 to 1981 before she was axed, with bosses telling her: “All good things must come to an end.”

Now, as a three-part drama on Noele’s life is being filmed for ITV, fans wonder how she will be portrayed – and whether her dismissal will accurately reflect their interpretation of events.

Noele died in 1985 aged 65, just four years after leaving Crossroads – though she did film a special in Venice in 1983.

Crossroads, which ran until 1988, was a TV juggernaut and made stars out of others too – such as Paul Henry, now 75, who starred as woollyhatted Benny.

He says: “People say when she was sacked, the drinking went up, the smoking went up and then it wasn’t too long before the illness. The sad thing is, of course, she was being sent a contract asking her to come back so her timing was just short.

“She didn’t have children, she didn’t have a family. Her mother had died just a couple of years earlier, so she was on her own and she made the show her sort of baby, if you like. It was her life and then that’s just whipped away.

“She had been offered Hollywood movies and things in 1975 but said, ‘Oh, I can’t do these because it’s my programme… I can’t take that much time off’.

“But she should have because being loyal to it was, well, just the awful outcome.”

Helena Bonham-Carter will play Noele in the new show
(

Nolly has been written by Russell T Davies and is described by show insiders as a “love letter to a legend of television” and “a sharp, affectionate and heartbreaking portrait of a forgotten icon”.

Its star Helena, 55, said: “Noele was a fascinating, complex, brilliant and gutsy woman – none of which I knew before I read Russell’s script.

“I’m so thrilled to help tell Nolly’s long overdue and largely forgotten story. Russell’s screenplay is a work of brilliance and I hope I’ll do him and Nolly justice.”

The show will be out next year. Russell said: “One of my first jobs was a trial script for Crossroads and I’ve wanted to write the story of behind the scenes on that show for 40 years. At last, the truth can be told!”

Fan club chief Mike remains somewhat cautious, however. He said: “They’re spending millions on this. I know they’ve really worked hard on getting everything accurate, set-wise and costume- wise, so it’ll look good.

“I don’t know whether the content will be accurate, but the look definitely will. Nolly had a very distinctive voice. Very deep.

Noele at the Baftas with Kenny Everett
(

“If Helena can get the voice, I think she’s probably gonna crack it. People usually can be convinced by someone if they sound right. It’s all about the voice.”

Mike says fans supplied some of the original props – such as a painting from Meg’s sitting room – but did not get much explanation from the show makers.

He says: “I don’t know why they’re so secretive. We’ve worked with lots of people and never had anything like this.”

Of Noele’s sacking, Mike believes the crunch came when a new producer came in. He said: “They’re probably gonna blame ATV. But in reality, it was a case of she’d had several rows with the producer and he got sick of it.

“He saw it as his programme and she saw it as her programme so that was the tension and the build-up to what obviously happened a bit later on. That’s the true story. But are we going to get that?”

Noele, who hailed from East Ham, East London, had a long romance with married TV chief Vic Parnell, but he left her.

According to Mike, she was too busy with Crossroads to have a life of her own.

Instead, she stayed close to her gay male friends and was something of a trailblazer for gay women’s rights.

Mike recalls an encounter in Nottingham which typified Noele.

He said: “There was a gay bar that didn’t let women in until Noele rolled up and said, ‘I want to come in’.

“She wouldn’t go until they’d let all women in and, after that, all women were allowed in. So she sort of trailblazed for the lesbians in Nottingham.

“I think after all the disappointment of the men who didn’t marry her or left her, she always found with gay men that sense of security.

“They weren’t going to do anything that she didn’t like or leave her. So I think she always loved that community because they were loyal to her and she adored them.”

At her peak, Noele lived a millionaire lifestyle, drove a Rolls-Royce and in her 70s heyday even enjoyed tea at No10 with Mary Wilson – wife of then PM Harold. But she was never snooty.

Mike said: “She could be incredibly down-to-earth. You’d find her in the shopping centre or on the bus. She’d pop to the chippie in the Rolls-Royce.

“I don’t think there’s anyone now who’s got that kind of star power – Dame Barbara Windsor was probably the only one. Noele was a true soap queen.”