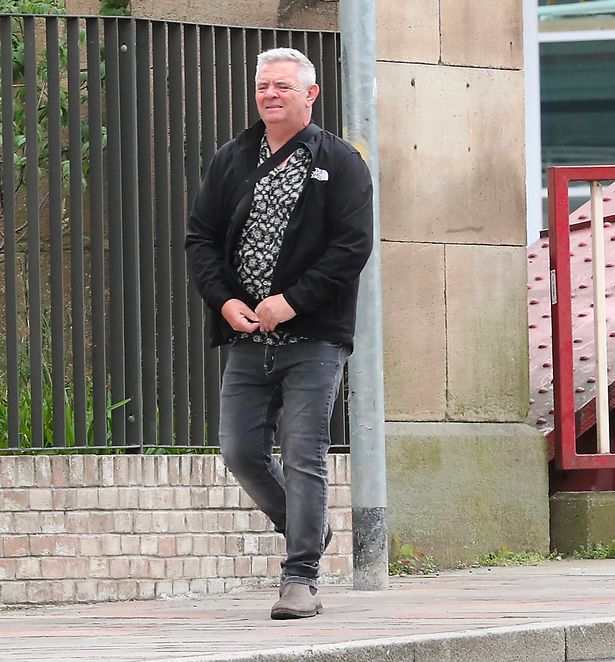 The actor, 58, showed off a head of thick grey hair – and could give Philip Schofield a run for his money in the silver fox stakes.

He was seen walking near the Coronation Street studios in a pair of faded grey jeans, a black jacket and a snazzy monochrome shirt.

Rounding off his greyscale look were a pair of suede boots.

Phil is best known for playing bookie Des Barnes in Corrie in the 1990s.

He joined the ITV soap in 1990 and his character was quickly established as a ladies man.

Do you remember watching Des Barnes in Corrie? Tell us in the comments below!

He told the Manchester Evening News : “It was partly-funded by myself but I didn’t have the money to fund the rest of the film.

“Filming came to a grinding halt. It was nearly three-quarters of the way along the line.

“It has been a difficult time. Three-and-a-half years is a long time to fund myself without any income. I have had to get money from family and friends.”