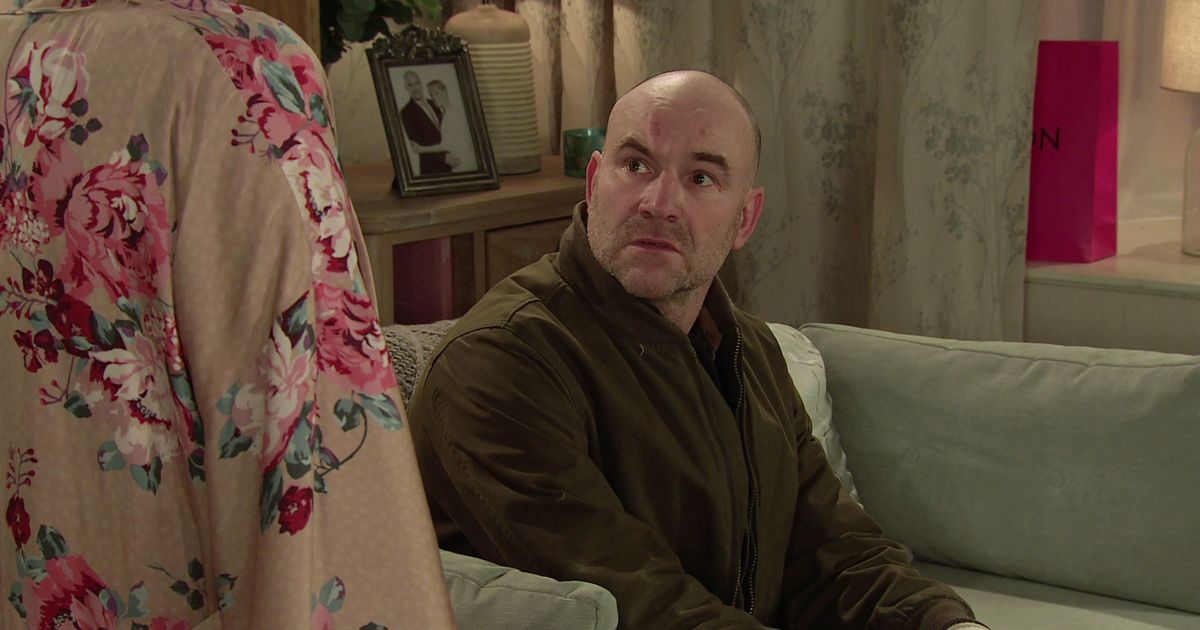 The New Year will be a rather rocky one for Coronation Street couple Tim Metcalfe and Sally Webster due to a frightening health diagnosis.

ITV spoilers reveal that Tim (Joe Duttine) will receive some shocking news from his doctor, but decides to keep it a secret from his wife.

It all kicks off on January 3 when Sally (Sally Dynevor) and Tim decide to start 2022 with a smoothie as part of their new healthy regime.

Tim tells Peter that he’s booked both he and Sally in for health checks with Dr Gaddas as they attempt to start the New Year off on the right foot.

Having successfully passed their health checks, Sally reckons they deserve a treat, but Tim’s reluctant and it’s clear he’s hiding something from her.

Later that day, as a furtive Tim takes a call confirming an appointment, Sally is clearly none the wiser.

But the following day, she’s left disappointed when Tim refuses to join her for a run, making out that he has to work.

Meanwhile, he gets a text confirming his cardiology appointment at 3.00pm, but when Sally finds out from Peter that Tim lied about having to work, she’s left feeling troubled.

A nervous Tim attends his appointment with the cardiology consultant, who explains that that he’ll need an angiogram.

Tim rushes out of the hospital and ends up dropping his wallet, which is later found by Aggie Bailey (Lorna Laidlaw).

Tim is shocked when the consultant tells him he needs a triple heart bypass and without an operation, his next heart attack could be fatal

When Aggie returns it to the house, he asks her not to tell Sally about the appointment as he doesn’t want to worry her.

Sally, meanwhile, thinks that Tim is embarrassed to be seen out with her – especially when he refuses to go for a run with her again.

Worried about his heart, Tim is scared to go running and ends up going to his next appointment with Aggie by his side.

Poor Tim is shocked when the consultant tells him he needs a triple heart bypass and without an operation, his next heart attack could be fatal.

Understandably, Tim struggles to cope with the diagnosis and remains in denial despite Aggie imploring him to listen to what the consultant has said.

Sally is still completely in the dark about it all and feels hurt when he refuses her suggestion of a sexy night in together.

Will Tim decide to go ahead with the operation behind Sally’s back? And how will his wife feels if she finds out that Aggie knew about it and she didn’t?