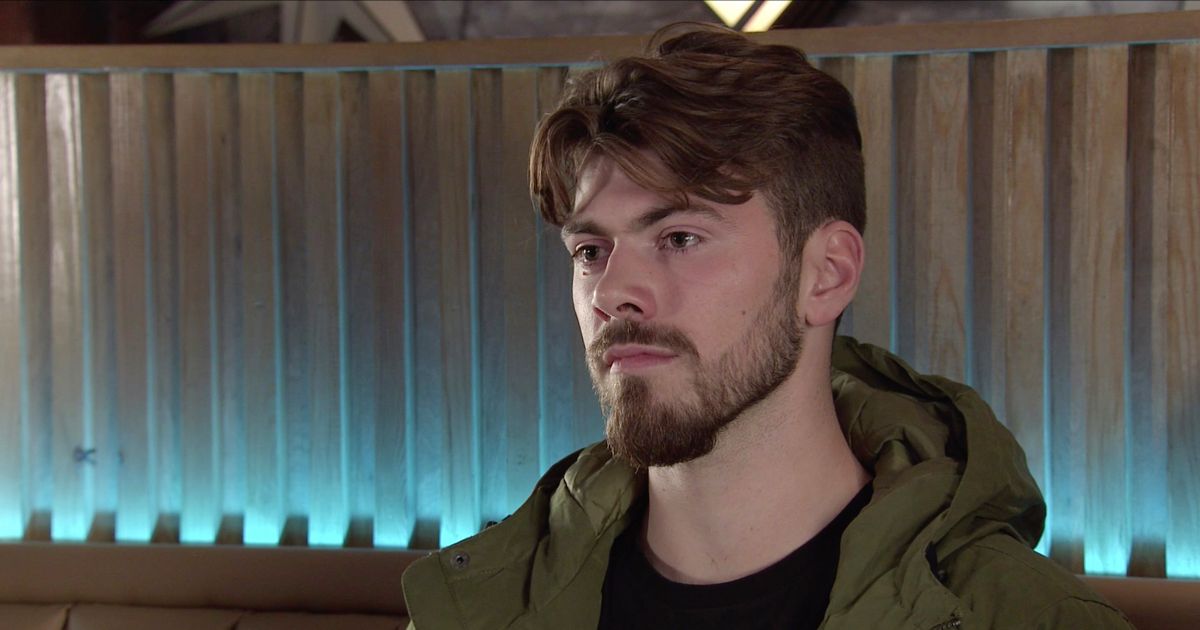 Curtis risks his secret past being exposed on Coronation Street, as a new arrival on the cobbles shocks his wife-to-be Emma to the core

Curtis risks his secret past being exposed on Coronation Street, as a new arrival on the cobbles shocks his wife-to-be Emma to the core

Emma is dealt a big shock when Curtis’ past is revealed on Coronation Street next week.

The couple are busy planning their wedding after Curtis got down on one knee and asked for her hand in marriage, but Curtis is keen to make it a small affair as he doesn’t get on with his family.

As Emma and Curtis discuss wedding venues together with Debbie, Curtis expresses his desire to have a small wedding, as he says his only friends are abroad and he isn’t close with his relatives. Emma wants to surprise her husband-to-be and tells Steve how she is going to secretly invite his family to his wedding.

Curtis and Emma are discussing plans for their wedding

She makes the decision after Curtis admits his hospital treatment will be expensive and so he thinks it is is wise to cut down on the size of the wedding.

Later on, Curtis finds out that Emma has been in contact with his family and is less than happy by the news.

Emma reveals to Aggie that Curtis has decided to drop out of medical school and when she quizzes him about his decision, he won’t discuss it and instead said his focus is on his appointment with the specialist. He leaves Emma in the waiting room as he heads into see his doctor and get an update on his health.

Following the appointment, Curtis talks about the appointment and his condition with Emma, explaining it is very serious. However, he says the consultant is confident they will be able to manage it.

He is then dealt a huge shock when Neville arrives – and reveals he is Curtis’ father.

Emma is completely shocked as she believed Curtis’ dad was dead but Curtis quickly covers claims that Neville is his stepdad.

Neville goes along with it, but feels pained that Curtis has told his future wife that his dad is dead.

Neville arrives on the street – and reveals he is Curtis’ dad, who Emma thought had died

Later, Emma suggests she speaks to Curtis mum and suggests she could ask her if she’d like to come to the wedding, but Curtis is fully against the idea and snaps at Emma for the suggestion.

Earlier this month, I TV teased all was not as it seems with Emma and Curtis’ Christmas wedding.

Teasers about the upcoming Christmas episodes revealed: “A Christmas wedding has everyone excited, but as Emma prepares to marry her dream man she discovers Curtis is not all he seems. Her heart set on a big white wedding, will Emma be able to forgive the unforgivable or will Curtis be leaving Coronation Street without saying: ‘I do?'”

Corrie spoilers: Yasmeen in danger as Speed Daal goes up in flames after Zeedan’s dodgy dealings