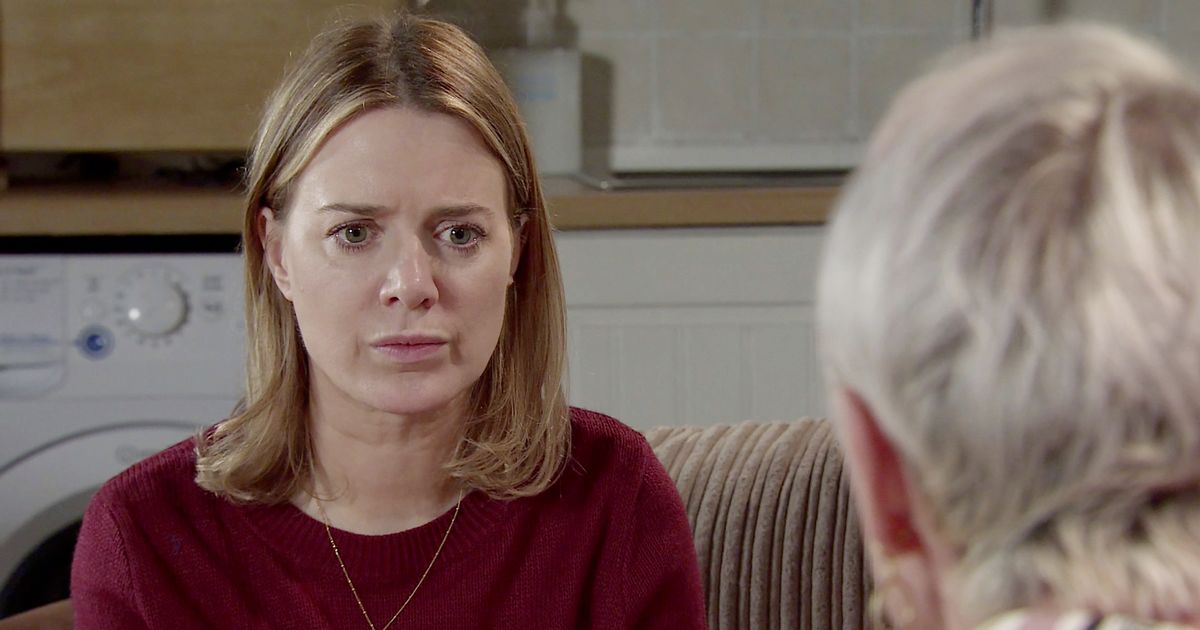 Coronation Street’s Abi Franklin will be issued an ultimatum next week when the consequences of her actions come back to bite her.

Last week saw Abi (Sally Carman) come face-to-face with her son’s killer, Corey Brent, in dramatic scenes where she pulled a gun out on him.

New ITV spoilers reveal that Debbie Webster (Sue Devaney) will confront Abi about her actions after Jack confides in her and says he’s worried Abi is out to kill Corey (Maximus Evans).

During Monday’s episode, Abi returns home and is confronted by Debbie and her future stepson Jack.

Showing her the letter, Debbie demands an explanation but Abi begs Debbie and Jack not to breathe a word to her fiancé Kevin Webster.

But not feeling very sympathetic, Debbie gives Abi an ultimatum – either walk away from Kevin and her wedding, or she’ll tell him all about the gun and the letter.

A couple of days later, Abi assures Debbie that she’s going to tell Kevin the truth and then she’ll be out of their lives for good.

Kevin returns home to find Abi packing her bags and she explains how she stole his money and bought a gun, intent on killing Corey, but Nina Lucas talked her out of it.

Debbie gives Abi an ultimatum – either walk away from Kevin and her wedding, or she’ll tell him all about the gun and the letter

Kevin later finds Abi in Seb’s memorial garden and tells her how much he loves her, begs her to meet him at the hotel where he’ll be waiting to marry her. But what will she decide to do?

When Kevin and Jack wait at the wedding venue, they’re suddenly interrupted by Nina, who reveals that she’s had a call from DS Swain, who’s confirmed they’re reopening the case and going to arrest Corey.

In Friday’s episode, Abi persuades Gary Windass to help her track down Corey and Stefan.

She also suggests they try and track down Eli’s Dad as Stefan may well have gone to him for help.

Gary sets off for Stefan’s office in search of Christian, but will he find him in time?

Meanwhile Stefan orders Corey to pack his things as Christian is on his way with a van and some cash. Christian pulls up at the house in his van.

Will Gary make it in time? Or will Corey flee the country and escape justice for the murder of Seb for good? And if so, how will Abi cope knowing that she may never see her son’s killer behind bars?

Coronation Street airs from 7.30pm on Mondays, Wednesdays and Fridays on ITV with previous episodes available on ITV Hub.

What do you think will happen to Corey Brent on Coronation Street? Let us know in the comments below.