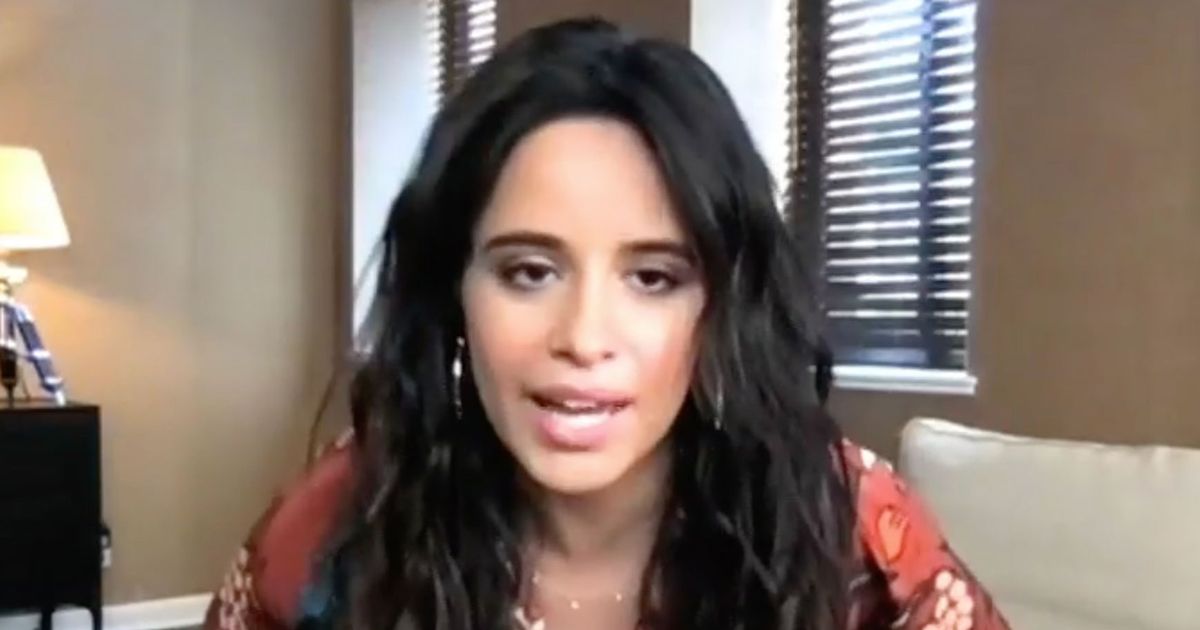 Singer Camila Cabello accidentally exposed her nipple on live TV on Monday night, as she danced via video link on The One Show. BBC viewers quickly took to social media to comment on how well the star handled the awkward moment

The One Show: Camilla Cabello has unfortunate ‘nip slip’

The Havana singer, 25, was chatting on The One Show via video link when she exposed a little more than she planned.

As she showed off some dance moves to guest Alan Carr and presenters Alex Jones and Jermaine Jenas, Camilla’s shirt opened up and exposed some of her chest to BBC viewers.

Those watching at home quickly took to Twitter to sympathise with the singer – reminding others the female body is nothing to be ashamed of.

Camilla appeared on the BBC show on Monday night to chat about her latest musical offering, a collaboration with Ed Sheeran.

At one point during her chat, the Work From Home singer stood up to bust a move for the studio, when she accidentally pulled her shirt to the side and exposed her right nipple.

As Alex, Jermaine and Alan gasped in the studio, the singer continued to finished off her impromptu dance performance.

“I hope you didn’t see nipple,” Camila asked, after sitting down once again.

“You know what, there was a bit of a wardrobe malfunction,” Alex quickly replied.

“I don’t know what I saw there was a flash of something!”

“Cyber flashing, I’ve just been a victim of cyber flashing,” Alan jokingly added, referring to a segment from earlier in the show.

Camilla then went on to joke that her mum was probably next door ‘freaking out’ about her wardrobe malfunction.

Viewers watching at home weren’t offended by the nip slip – instead rushing to send love to Camilla following her awkward moment.

“Proper felt for Camilo Cabelo on @TheOneShowShow but handled it like an absolute boss. Remember people, it’s just a nipple – we all got them [winky face emoji] @Camila_Cabello,” one viewer watching at home to Twitter to state after the awkward clip aired.

Guest Alan Carr laughed it off in the studio

Another added: “I just fell in love with @Camila_Cabello that little bit more (i said bit not tit!) what a lovely lady, natural beauty with a lovely personality- refreshing to see !! So what if she flashed a nipple! #TheOneShow.”

“It’s a nipple and we all have them. 99.999% anyway,” a third added after several people uploaded screengrabs of the accidental flash to Twitter.

Another sympathetic viewer wrote: “@Camila_Cabello could not have played out that nip slip any cooler, imagine your full on nipple popping out during an interview on @BBCTheOneShow.”

Towards the end of the show, presenter Alex noted the moment had begun to start a conversation online.

Referring to the “excitement on Twitter” the Welsh star apologised to viewers watching at home for Camilla’s unintentional nip slip.

“Sorry one again for Camila’s wardrobe malfunction,” she told The One Show viewers on Monday night.

“Happens to the best of us. Bless her.”