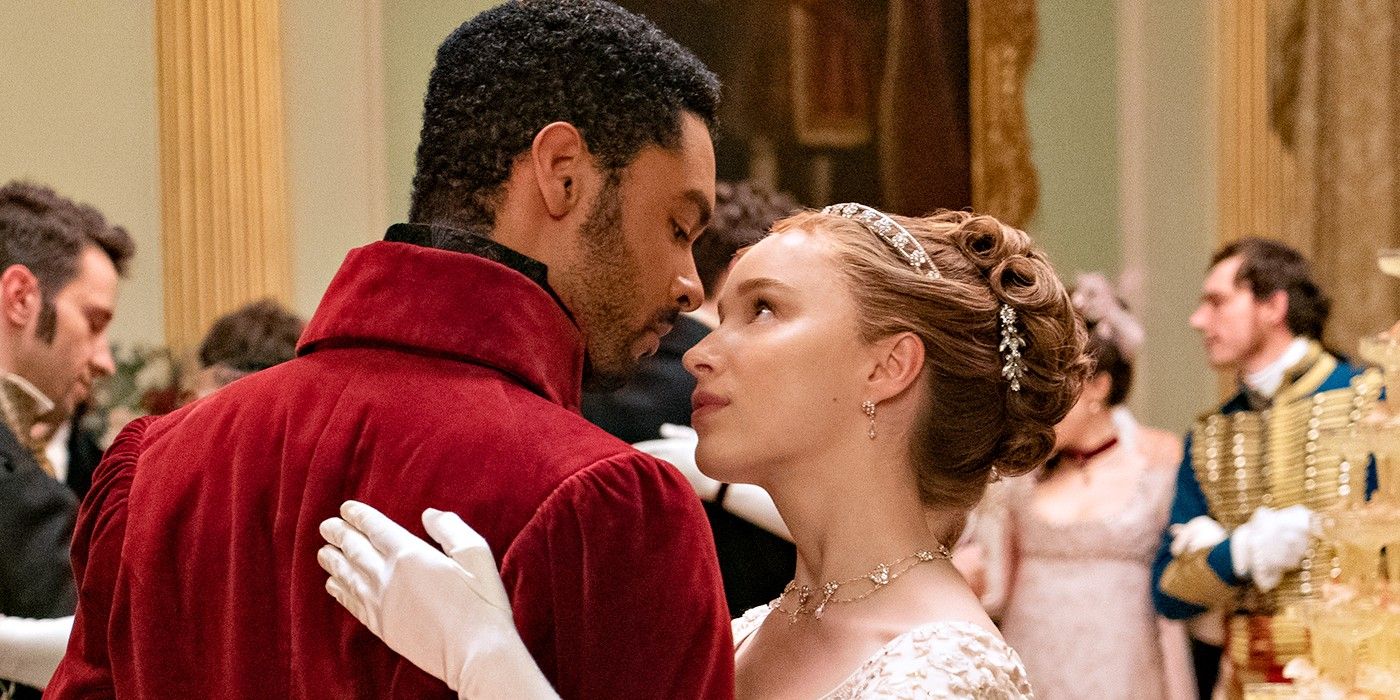 Netflix’s new original series Bridgerton was trending on Twitter not because of its steamy sex scenes or its diverse cast, but for the toxic romance between the two central characters. The show is based on the series of best-selling romance novels by Julia Quinn of the same name and its debut season hit Netflix on December 25. The period drama follows Daphne Bridgerton (Phoebe Dynevor), the oldest daughter of the influential Bridgerton family, as she sets off on the all-important and surprisingly competitive search for a husband. But when the rebellious Simon Basset (Regé-Jean Page) rides into town, a fake but also not-so-fake courtship begins to unfold.

The show was created by Chris Van Dusen and produced by Shonda Rhimes, well known for her engrossing drama series like How to Get Away With Murder, Scandal, and Grey’s Anatomy. Julie Andrews, Claudia Jessie, Jonathan Bailey, Nicola Coughlan, Luke Newton, and Ruby Barker are just a few of the major players in the cast. But the real stars are Dynevor and Page, the show’s central lovers who exude chemistry as their characters learn to navigate the pressures of Regency London high society.

Twitter fans have been quick to point out the toxicity of Simon and Daphne’s relationship, however. In fact, the show was trending on Twitter for that very reason, with a large percentage of users specifically pointing to a controversial sexual assault scene as evidence of their toxic romance. But many of those same users who are calling out Daphne and Simon’s harmful relationship are admittedly fans of the show regardless.

One of the other major problems with Daphne and Simon’s relationship is that they’re on completely different pages regarding children: Daphne wants them and Simon does not. They, therefore, enter the relationship in the hopes of trying to change each other’s core values, which is never a good way to start a romance. The show runs the risk of glorifying toxic relationships and downplaying rape, both of which could dangerously impact viewers’ (especially young viewers’) ideas of sex and romance. But the fact that fans are at least noticing the toxic aspects of Simon and Daphne’s relationship implies that their own views of relationships won’t be negatively altered.

Hopefully, the show will address the toxicity further in Bridgerton‘s upcoming seasons. The glowing reaction to season 1 combined with people’s love for drama and deceit, however, may suggest otherwise. If anything, fans of Bridgerton should continue to criticize its portrayal of Simon and Daphne’s romance in the hopes of educating people about what a healthy relationship actually looks like.