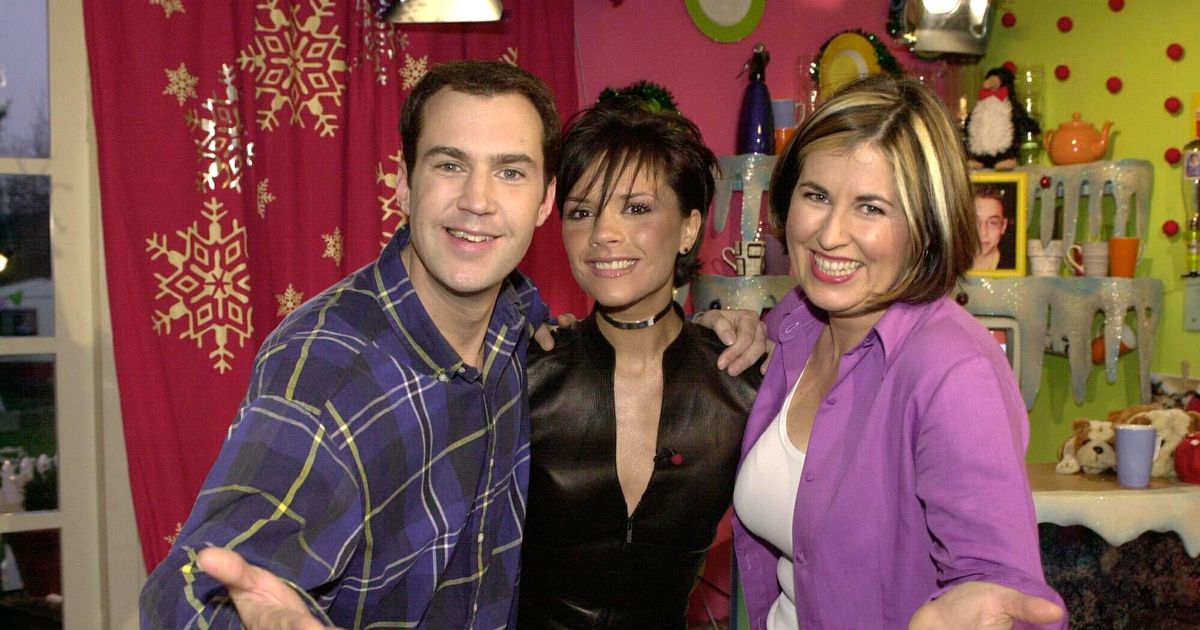 When you reminisce on The Big Breakfast, you’re bound to think about all the banter that occurred, and the endless flirting and chaos, which made the Channel 4 show the perfect home for innuendo-packed On The Bed interviews.

The cheeky show was first broadcast in September 1992, and in ran for ten hugely successful years before it was eventually axed in 2002.

For ten full-filled years, hosts including Paula Yates, Denise Van Outen, Jenny McCarthy, Sara Cox, Paul O’Grady, and Johnny Vaughan encapsulated viewers as they charmed and chatted-up some of the most famous faces on the globe at the time.

With cheeky innuendos, sexy confessions, and downright chaotic moments, the show made for television gold as viewers were kept entertained with the unpredictable format.

As The Big Breakfast makes its epic return to Channel 4 for the first time in 19-years, The Mirror takes a look back at some of the most outrageous and unforgettable moments that the show had to offer.

From Victoria Beckham’s knickers confession, to Kate Moss flirting up a storm with Johnny Depp, there are some incredible TV gems to be found from the show.

Their scandalous chat is arguably the most talked about moment in the ten-year span of Big Breakfast.

After the pair lay down on the famous bed for an intimate chat, they immediately wrapped their legs around one another and joked about Paula’s skirt ‘riding up’.

Despite asking questions about Michael’s then-girlfriend Helena Christensen – Paula made her intentions clear.

The intense interview sparked an affair between the two and ended Paula’s marriage to Bob Geldof – whose company produced The Big Breakfast at the time.

At one point she giggled, “My dress rode up there,” to which Michael seductively replied, “not far to go.”

On a very memorable episode of Big Breakfast back in 2000, Victoria Beckham proved that she wasn’t just brimming with musical talents as she made audiences howl with her quick-witted dry humour.

The former Spice Girl, who has since turned her hand to fashion design, threw David Beckham under the bus when she revealed that the former football star loved to wear her knickers.

“The only thing that has changed with David’s dress sense since I met him is the fact that now he’s more expressionate.

“He likes to borrow my knickers,” she giggled.

Sara’s dreams came true when producers decided they wanted Will to snog her.

Admitting that aside from Bros, the actor was her only celebrity crush, she recalled, “The Big Breakfast helped me get him out of my system by putting me on a big double bed and filming us together.

“So, he was on the bed upstairs, me and Will Smith, and he demonstrated a screen kiss.”

The moment caused chaos among viewers, who couldn’t quite believe that Sara was lucky enough to have kissed one of the biggest stars in Hollywood at the time.

Tom Hardy and Denise Van Outen get their flirt on

In an attempt to find Britain’s next top male model, the Big Breakfast unknowingly helped to launch the career of future Hollywood A-lister Tom Hardy.

Many years before making his film debut in Black Hawk Down, an unrecognisable Tom was crowned the winner of The Big Breakfast’s Find Me A Supermodel.

And the young hunk immediately caught the attention of host Denise.

The TV star practically sat herself in a very young Tom Hardy’s lap at the time.

Talking through his outfit, the stylist remarked, “Unfortunately Tom today is wearing clothes,” before Denise got sidetracked by a tattoo on his back.

But while the ladies were getting seriously hot under the collar, Tom looked rather unimpressed by the whole thing.

Jenny sparked panic with her behaviour
(

Jenny sparked panic with her behaviour when she blindfolded Vinnie Jones and made him grope her behind.

The pair were supposed to be playing a game called Squeeze My Balls, in which Vinnie had to feel a selection of balls and guess which sport they were from.

But Jenny instead clambered onto all fours and put his hand on her bum, which he then awkwardly guessed was her shoulder.

Although everyone in the studio found the joke hysterical, the majority of the nation was outraged that such ‘smut’ had been shown while kids were getting ready for school.

A furious Dr Margaret White, of Family and Youth Concern, told the Daily Record: “The type of people who thrive on these smutty performances are usually sexually inadequate themselves.

“It is sickening this type of show should be broadcast in the early morning and we really need an investigation into what is going wrong with breakfast television.

“There is no place for this disgraceful smut on our screens, especially at this time of day.”

Appearing on The Big Breakfast, a young Kate joined the show’s hosts to talk about her modelling career.

The rare interview captured Kate in the prime of her career, when her natural look redefined beauty standards across the globe.

The juicy part of the interview came when she was questioned about her then boyfriend, actor Johnny Depp.

The pair, who were together for four years from 1994 to 1998, quickly became the ‘It couple’ of the decade.

Kate made a cheeky dig when asked whether she and Johnny would tie the knot.