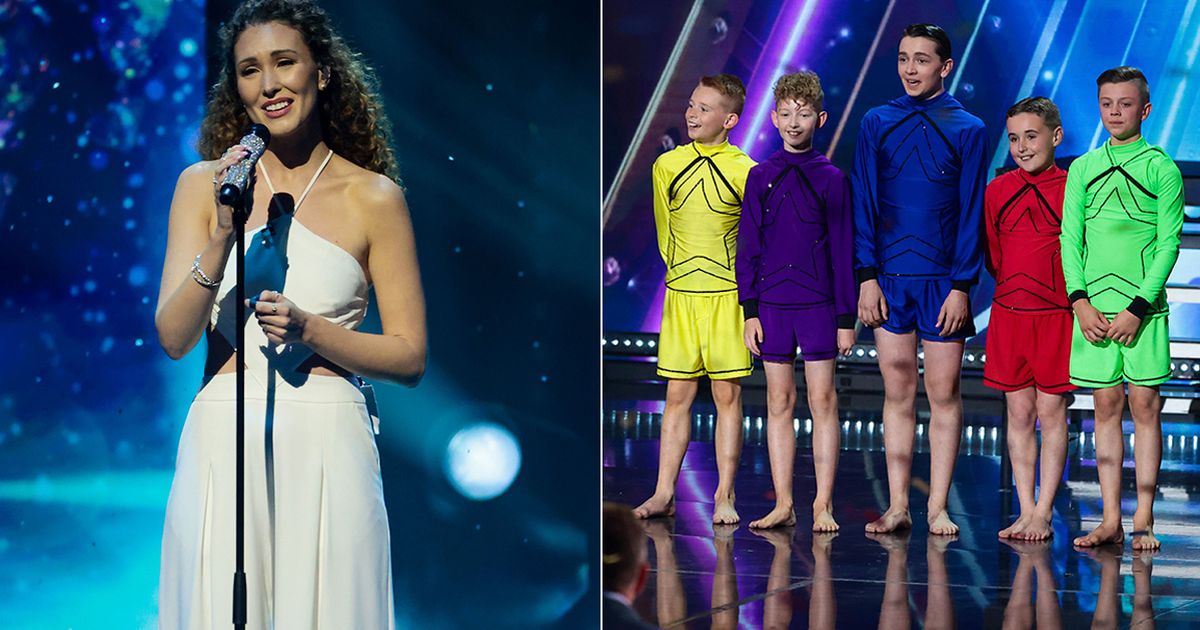 Only two acts were allowed to go through to Sunday’s grand final, and this time it was singer Loren Allred who received the most public votes.

The Phantom and Five Star Boys were the other two acts in the top three, and all four judges decided to choose the inspirational dance act.

It appeared to be a no-brainer for David, who had previously praised the five young men for their semi-final performance and said it had reminded him of being that age.

“This is actually very easy for me because this act really made me feel something and really made me think about my own life, my own childhood and everything,” David said as he cast his vote.

“You know what I’m gonna say… for me, the night belonged to this group, it’s Five Star Boys,” he added as the crowd cheered.

It was then Alesha’s turn to vote as she said of The Phantom: “Sorry, I know this is a serious moment but I’m finding it very funny that I’m looking at a chair!”

She then added: “The act that I would like to see in Sunday night’s final is Five Star Boys!”

Amanda also opted to save the dance act as she told hosts Ant and Dec: “Well I’m gonna say that I have had enough of being the Debbie McGee of BGT so I’m voting for Five Star Boys.”

Head judge Simon then admitted that he would have voted for Five Star Boys too but apologised to The Phantom and said they would be “considered as a wild card”.

Ant and Dec then turned their attention to the two finalists and asked Five Star Boys if they already know what they will be doing on Sunday.

“You never know. Maybe, maybe not,” one of the boys replied as Ant and Dec jokingly compared them to The Phantom’s mysterious ways.

Loren then said her final performance is a “big deal” but she wants to keep it secret ahead of Sunday’s live show.

The Britain’s Got Talent final airs Sunday 5 June at 7:30pm on ITV and ITV Hub.