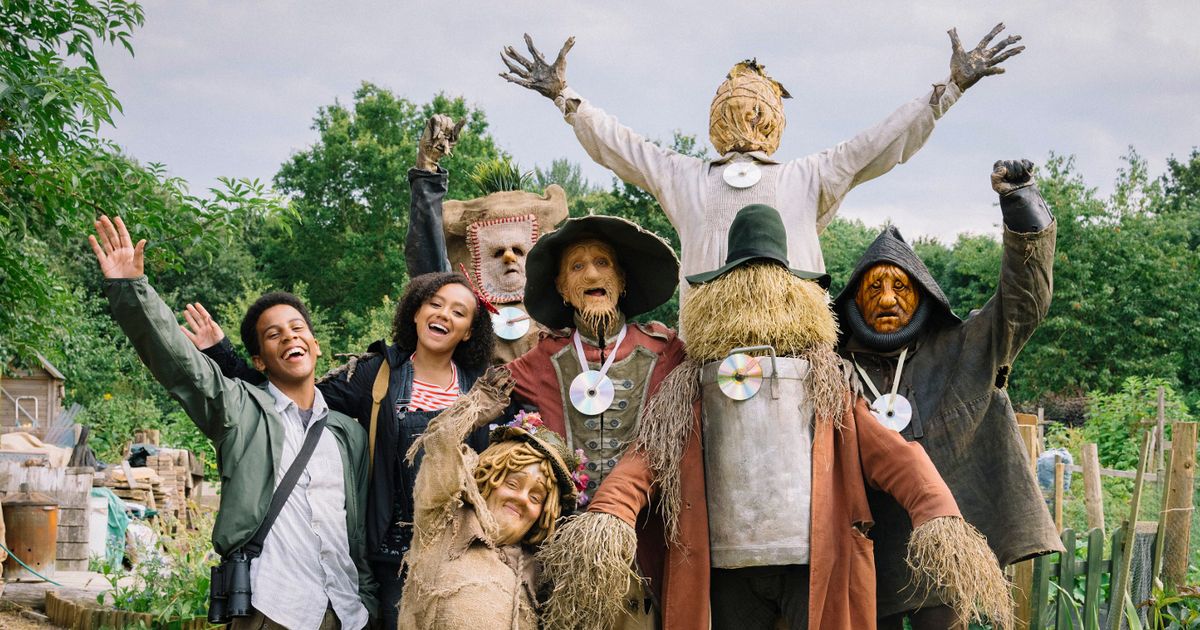 The highly anticipated new episode of the rebooted series, called ‘Twitchers’, was released on BBCiPlayer on Tuesday – but some eagle-eyed viewers were left horrified when they spotted at least four hidden crude sex jokes.

In one scene actor Steve Pemberton, who plays grumpy farmer Henry Braithwaite, is telling his foster children about his past hobby as a bird-watcher.

He says he lost out to his rival twitcher, who spotted a ‘red-knobbed coot’ leaving siblings Susan and John in hysterics.

In another scene, fellow twitcher Lee Dangerman tells a fictional news reporter he ‘travelled 350 miles to see a blue-footed booby’.

Minutes later, during an interview for the evening TV news, Lee stares into the camera and asks the female reporter: ‘Have you ever seen a penduline tit?’

The embarrassed news reporter quickly ends the interview, saying: ‘We’ll cut there’, while Lee boasts that he has seen one.

More viewers even claimed the T-shirts worn in the background of the shots alluded to sexual innuendos.

The garments were marked with the slogan: ‘I was choughed at Scatterbook’ – which some viewers took as sexual slang.

Furious parents were outraged by the sexual jokes
(

Meanwhile, others slammed Worzel star Mackenzie Crook, who wrote and directed the new series as they accused him of ‘going for cheap laughs’.

One furious parent hit out at the show when she said: “I usually love watching the new Worzel Gummidge episodes and my kids do too but I was a bit surprised about the Twitchers one.

“They littered it with far too much sexual innuendo for my liking. I counted at least three rude gags which is a lot for a family programme. My youngest is only seven and he kept asking me why Susan and John were laughing when Mr Braitwaite said ‘red-knobbed coot – I didn’t really have an answer.”

Another unimpressed dad complained: “Worzel is a Christmas tradition in our house but the bird-watching episode was a bit too rude for a young audience. I felt the writers were going for cheap laughs on this one although I did find the ‘red-knobbed coot’ line amusing but then anything Steve Pemberton does is funny.”

Meanwhile, another Twitter user said: “Almost choked on my mince pie after watching the new Gummidge with my family. Two boob gags, a knob reference and T-shirts proudly declaring ‘I got choughed in Scatterbook’.

And someone else pointed out: ““My 20-year-old nephew tells me ‘choughed’ is youth parlance for ‘sex’. I imagine a savvy student will make a killing flogging ‘I got choughed by Worzel’ T-shirts soon’.