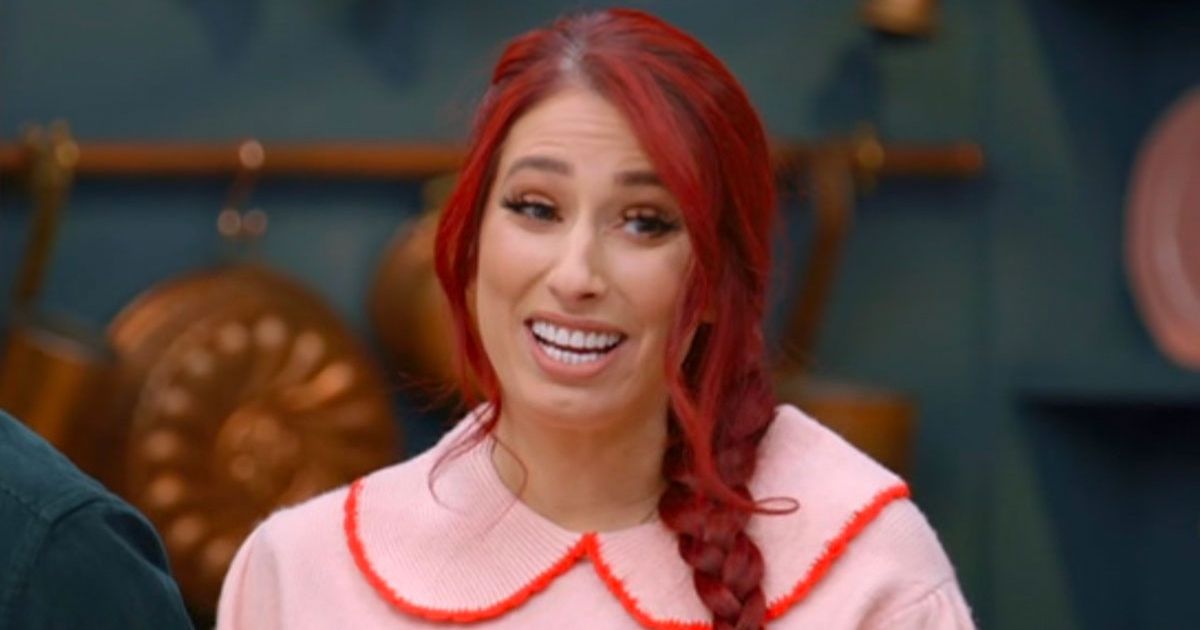 Stacey Solomon has stepped into Tom Allen’s shoes on Bake Off: The Professionals after the Channel 4 presenter quit the show

Bake Off viewers ‘switch off’ in droves as Stacey Solomon hosts

Bake Off: The Professionals returned to Channel 4 on Tuesday evening, with new presenter Stacey Solomon helming the show after beloved presenter Tom Allen announced his exit.

Liam Charles was joined by the 32-year-old Loose Women star as the search for Britain’s best patisserie team began for its latest series.

But Channel 4 viewers were quickly left complaining about the Tom-sized hole in the show’s presenting line-up.

As the show got underway, fans took to Twitter to react to Stacey’s replacement of Tom as the co-host of Bake Off The Professionals.

One wrote: “I am so sorry and I really like Stacey, but it’s a no from me. I will be recording and using fast forward a lot. So gutted as I LOVE this show.”

Another posted: “No no no what have you done I can’t watch this with Stacey to me her voice is like nails on a chalkboard.”

A third chimed: “Oh no. New presenter on Bake Off The Professionals. Turned it off already.”

A fellow tongue in cheek fan wrote: “Pourquoi le Solomon ? Je suis not appy!” before another wrote: “I like Stacey but I don’t think bake off professionals is right for her.”

Several fans were left calling for Tom’s return to the show, with one writing: “Wait what WHERE’S TOM this is not ok.”

Another tweeted: “You swapped the wrong presenter! Bring back Tom Allen!”

Another wrote: “Um hello where is Tom on Bake Off The Professionals nothing against Stacey Solomon but love Tom Allen.”

A fellow fan tweeted: “Seriously? You keep Liam and add Stacey Solomon? This is going to be a tough watch.”

Another wrote at the start of the show: “Time for Bake Off The Professionals. I miss Tom Allen already but good luck Stacy.”

“My wife has absolutely no idea who Stacey is. I tried you explain to her, but realised I’ve know idea either. And why is Liam still there? Really is it that hard to find people to host a fantastic show?” one fan explained.

But a number of viewers praised the choice of Stacey as host, with one writing: “Love Stacey. I’m so happy GBBO is back.”

Another concluded: “Such a refreshing change to have Stacey Solomon presenting.”

Tom Allen announced his departure from Bake Off: The Professionals in February, saying it was “time to move on”.

He said: “I’ve had the best time co-hosting The Professionals down in Sussex with my wonderful friend Lam but now is the time to move on.

“It was my first TV presenting job back in 2018 and it has taught me so much – thanks to the amazing team with whom I’ve loved working, all the incredible chefs and most of all Benoit, Cherish and of course the brilliant Liam. Have a great series, you guys!! X”

As patisserie teams from establishments in Manchester, Cumbria, Wiltshire, Birmingham, and London competed for the coveted Bake Off crown, judges Benoit Blin and Cherish Finden tasked the pastry chefs on Tuesday night to create 36 individual strawberry cakes and a chocolate sculpture, with no recipe to work from.

They were then challenged to transform an ordinary treacle tart into a fine dining experience.

The X Factor scouted me, told me how to dress and picked my song, claims former contestant