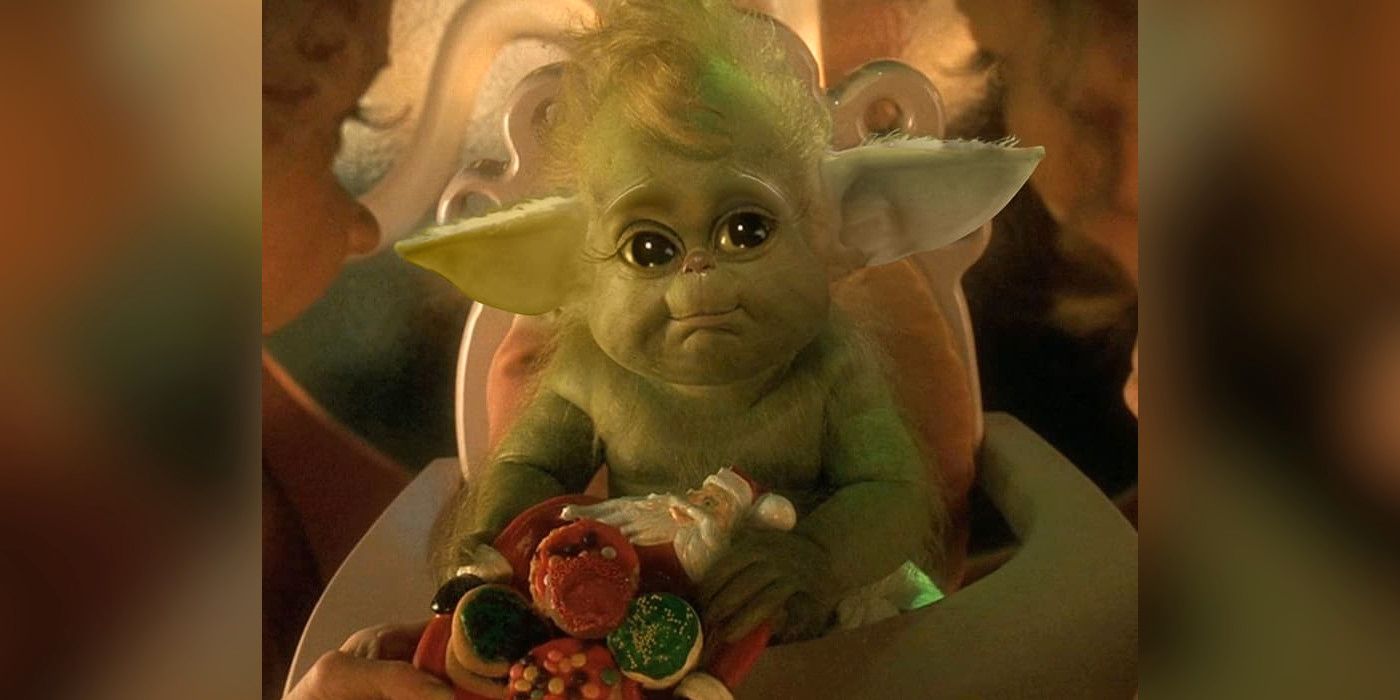 The Mandalorian’s Baby Yoda is mashed up with Baby Grinch in truly horrifying fan art. An internet and merchandising sensation from the first moment he arrived in season 1 of The Mandalorian, the little green alien dubbed Baby Yoda went on a true journey in season 2, as the show revealed not only his real name but his real destiny.

Fans of course were not ready for how Baby Yoda’s story would wrap up in the finale of The Mandalorian, as a very familiar character from Star Wars lore arrived to take the Force-sensitive being off Din Djarin’s hands. It remains to be seen what’s in store for Djarin and the other central characters on The Mandalorian in season 3, but it seems reasonably certain that Grogu aka Baby Yoda’s time on the show has wrapped up. Whether the show’s popularity will be sustained without its most marketable character is another open question.

Whatever the future holds for The Mandalorian and Baby Yoda, there’s no denying the character was a huge boon to the Star Wars brand. As one last Christmas tribute to the gift of Baby Yoda, fan artist Boss Logic combined Grogu with another well-known green character from fiction to create a mash-up that can only be described as hideous beyond words. See the art in the space below:

Needless to say had Baby Yoda resembled the character envisioned above, fans would not have taken to him the way they did (thankfully the design people on The Mandalorian were able to achieve the right level of cuteness). The Dr. Seuss character the Grinch of course himself remains a popular figure around Christmastime, thanks in large part to the enduring appeal of the original How the Grinch Stole Christmas animated special starring Boris Karloff as the voice of the Grinch. The story of the Grinch and how he stole Christmas, and eventually learned a valuable lesson about not being such a grinch, of course later became a live action movie starring Jim Carrey and featuring the Baby Grinch character that was so horrifyingly mashed up with Baby Yoda in the above artwork.

It’s safe to say that when it comes to baby versions of weird green creatures, Baby Yoda has Baby Grinch beaten in almost every department. Indeed, the Jim Carrey live-action Grinch movie is mostly seen as a bad mistake today, even though at the time it made $363 million at the box office. Of course, Hollywood continues trying to make the Grinch a thing, releasing a computer animated film centered on the character in 2018. When it comes to the Grinch, the movies should probably take a lesson from The Mandalorian and its handling of Baby Yoda by learning when to walk away from a character.