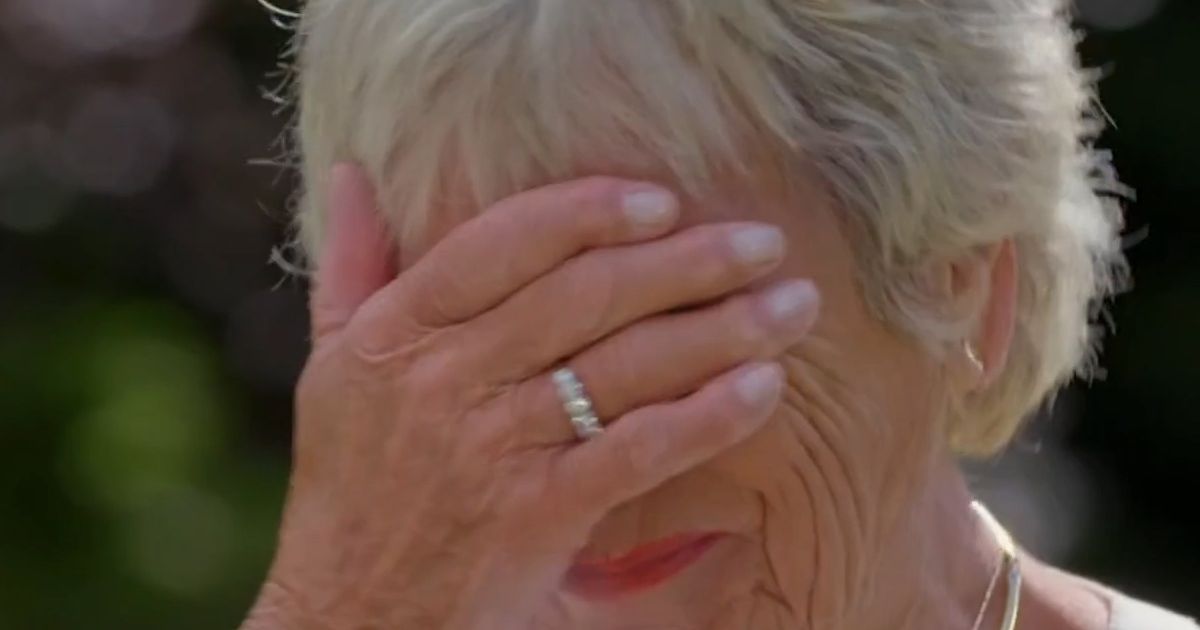 Former tennis player Liz James brought a selection of dresses to Dyffryn Gardens near Cardiff, South Wales to be valued by experts, but she was left in floods of tears as she recalled wearing them in the 1960s

An emotional guest on Antiques Roadshow was in tears over a Wimbledon tennis dress inspired by Prince Charles.

Former tennis player Liz James brought a selection of dresses she wore in the 1960s to Dyffryn Gardens near Cardiff, South Wales, and was overcome as she tried to talk about her career.

Expert Hilary Kay quizzed Liz on the inspiration behind the chic tennis dresses, and she revealed she had played at Wimbledon in the late 1960s and early 1970s, alongside partner Anne Jones.

“I feel very blessed that I had a wonderful time,” she said, as she recalled the first time she appeared at Wimbledon.

Attention then turned to her tennis dresses, as she told Hilary some belonged to her, and others were gifted to her by Anne.

The Antiques Roadshow expert told those gathered around her that the dresses were designed by Teddy Tinling, whose name was synonymous with dressing female tennis players.

“He rose to fame in a rather flamboyant way in the late ’40s when he created a dress for a tennis player which was quite short but had a pair of really frilly lacy knickers under it,” Hilary shared.

“And of course, every time she moved, you could see the knickers, she was known as a gorgeous gussy, wasn’t she?” she quipped.

“And, of course, the paparazzi were taking pictures of her knickers, and I am pleased to say that you have got a pair!” Hilary laughed.

Liz then spoke briefly about the design of one of the dresses, which had the feathers of the Prince of Wales embroidered on it.

The stunning dress was designed in honour of Prince Charles

She recalled meeting with Teddy about the design of her dress when she was accepted into Wimbledon, and he wanted to celebrate Prince Charles being given the royal title.

Overcome with emotion, Liz said she and Anne didn’t pay for any of the dresses, as they were all generous gifts from the designer.

“That is remarkable, when you look at this does it bring it all back?” Hilary asked her, as Liz covered her face.

Liz began to cry as she spoke about her tennis career

While the dresses were valued at £800 to £1,000, Liz was just delighted to be able to talk about her tennis career – and gorgeous dresses – again.

“I am just so thrilled to have seen them and have them all out like this, it has just been a pleasure,” she said.

“They are probably going to be put into frames for my grandchildren, I think that is what I would do,” she sweetly added.