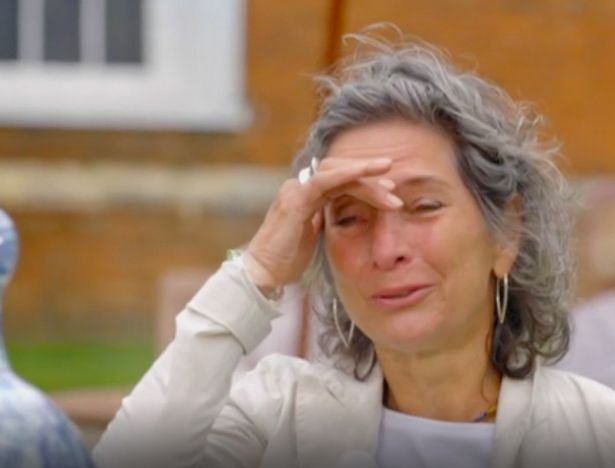 Antiques Roadshow viewers witnessed an antique owner break down in tears on Sunday’s edition of the series.

In heartwarming scenes, aired on BBC, a guest who took a blue and white porcelain vase to the valuation experts was left struggling for words when she found out the true value of the stunning vessel – even though it was damaged.

Antique expert Alexandra Aguilar was thrilled to come across the item during filming of the show at Christchurch Park in Ipswich and told the owner how the piece would have been “rejected” when it was made as it was not being 100 per cent perfect due to having “a few stains and dots.”

Despite the item being flawed, the guru still left the owner – who had inherited the item when her parents died – shocked when she told the price tag for the stunning item decorated with dragons and floral patterns, by revealing that it was worth a staggering £30-50,000.

Fans of the show took to social media to share their disbelief about the true value of the historical vase.

One typed: “A lady just had a Chinese Ming vase valued at £50,000 on the #AntiquesRoadshow. I hope that she doesn’t drop it and that she upgrades her home contents insurance to cover it!”

Another joked about the flaws, as they took to the micro-blogging site and wrote: “Someone painting some bats onto the vase and knocking off a cool £1,950,000 off the value <3 #AntiquesRoadshow.”

A third shocked viewer added: “30-50k on the Antiques Roadshow man, some dough that for a vase sat on your sideboard.”

*Antiques Roadshow airs Sundays at 7pm on BBC One.