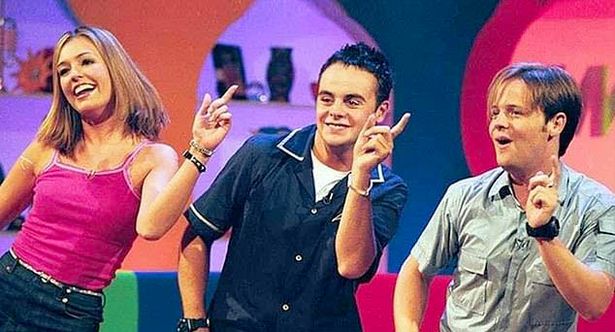 Ant and Dec are reuniting with Cat Deeley for a reboot of SM:TV Live’s cult skit Chums.

The spoof of Friends was a hugely popular part of the trio’s Saturday morning show and fans are set to take a trip down memory lane with its reappearance on the Geordie duo’s Saturday Night Takeaway.

Even better news for eager viewers, many of whom had pinned hopes on its return following airing of The Story of SM:TV Live around Christmas time, is that they won’t have to wait long to watch the remake – the iconic set being built ready for its return on March 20!

A source told The Sun: “This is the reunion SM:TV fans have been calling for. It’s going to be epic.

“After the success of the SM:TV special, Ant & Dec, Cat and bosses thought this would be the perfect opportunity.”

“Producers are already thinking of brilliant things they can do and plan lots of star cameos. It will feature as the End of the Show Show segment.”

SM:TV Live was the I’m A Celebrity presenters’ big break in TV presenting.

Alongside Cat, the show became a staple part of weekend viewing for children all over the country. Other hilarious features included Wonkey Donkey.

The show continued to run for a few years following Ant & Dec’s departure, before eventually being taken off air in 2003.