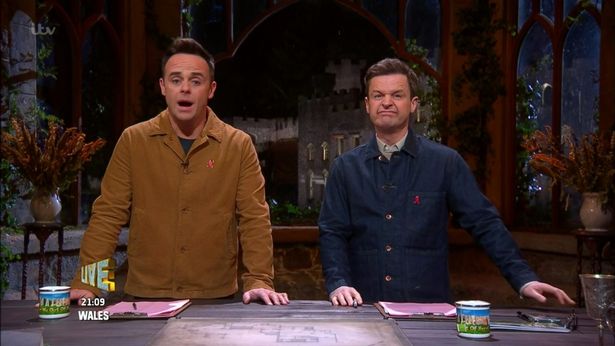 Ant McPartlin and Declan Donnelly joked that Beverley Callard was “too busy” to watch I’m A Celebrity following her reunion her “mega s**g” husband John.

The Coronation Street legend was left cringing last night following her exit after the hosts reminded her of her comments about her hubby.

Beverley admitted that she had forgotten the cameras were there when she boasted that John was a “mega s**g”.

And of course, Ant and Dec couldn’t help make another comment tonight regarding “mega s**g”.

Tonight saw another double elimination as Russell Watson and Jess Plummer became the fifth and sixth stars to leave the show.

*I’m A Celebrity airs tomorrow night at 9pm on ITV