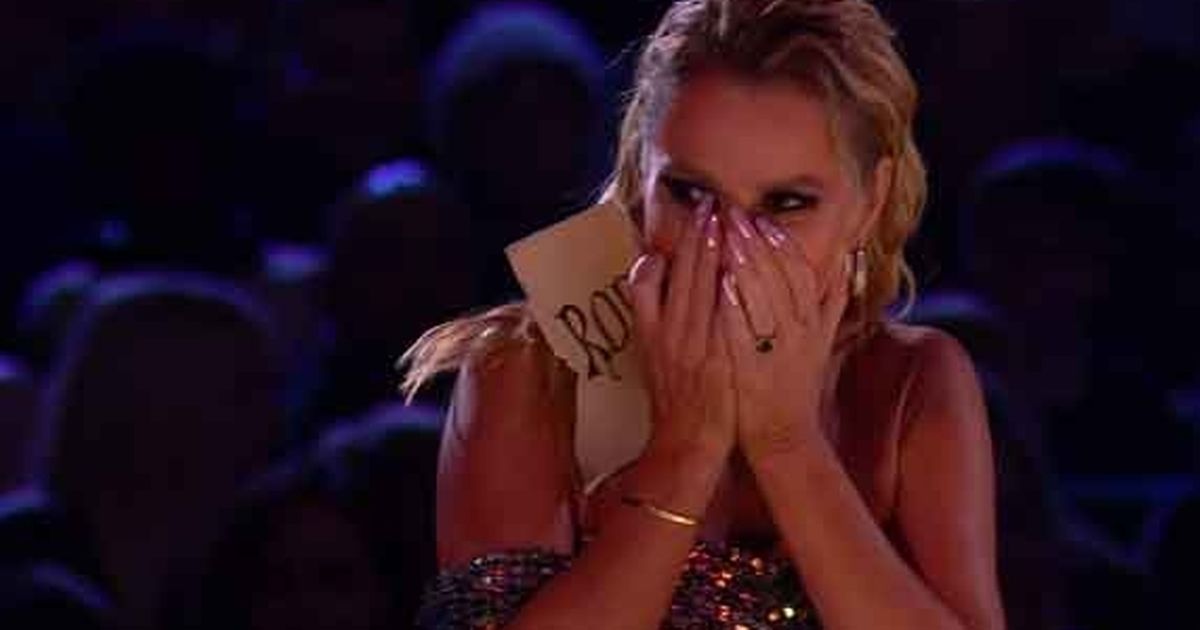 The first Britain’s Got Talent semi-final of the series was held this evening, with the Witch among the acts that returned – with their performance terrifying judge Amanda Holden, who ran away

BGT: Amanda and Alesha terrified by The Witch’s rat

Amanda Holden was seen running away from the Witch on Britain’s Got Talent tonight, as the semi-finalist chased her with a rat during their performance on tonight’s live show.

The myserious act – whose identity is the subject of much speculation – was among the contestants who returned for the first semi-final of the current series this evening.

Their performance in the competition tonight saw them further terrify judge Amanda, 51, as they had done in their audition – though this time through the use of a rodent.

The Witch presented the judges with a box and invited Amanda to place her hand inside, to figure out the contents. A piece of paper given to her teased that it was a rodent.

Fellow judge Alesha Dixon, 43, could be heard saying “no” over the prospect, with Amanda running away from the desk initially – before returning to continue with the act.

She placed her hand inside the box and seemed visibly confused as she attempted to figure out the contents. Things quickly turned to horror for the judge though.

Viewers saw Amanda let out a scream as she appeared to touch something inside the box, with the Witch removing the confines of the box to reveal a rat on the judges desk.

Amanda and Alesha quickly got up from their seats and headed away from the stage area, with the Witch seen picking up the rodent following their reaction.

The act then carried the rat towards fleeing Amanda, asking her: “What’s the matter Amanda? Rat got your tongue?”. She was heard screaming as she ran further away.

Amanda even ran away at one point
(

The latest episode was the first of the live semi-finals of the current series of the ITV show – with the rest set to air over the rest of this week, ahead of the upcoming final.

Britain’s Got Talent continues with its second live semi-final tomorrow night (May 31) on ITV and ITV Hub from 8pm. You can catch-up on previous episodes through the ITV Hub.