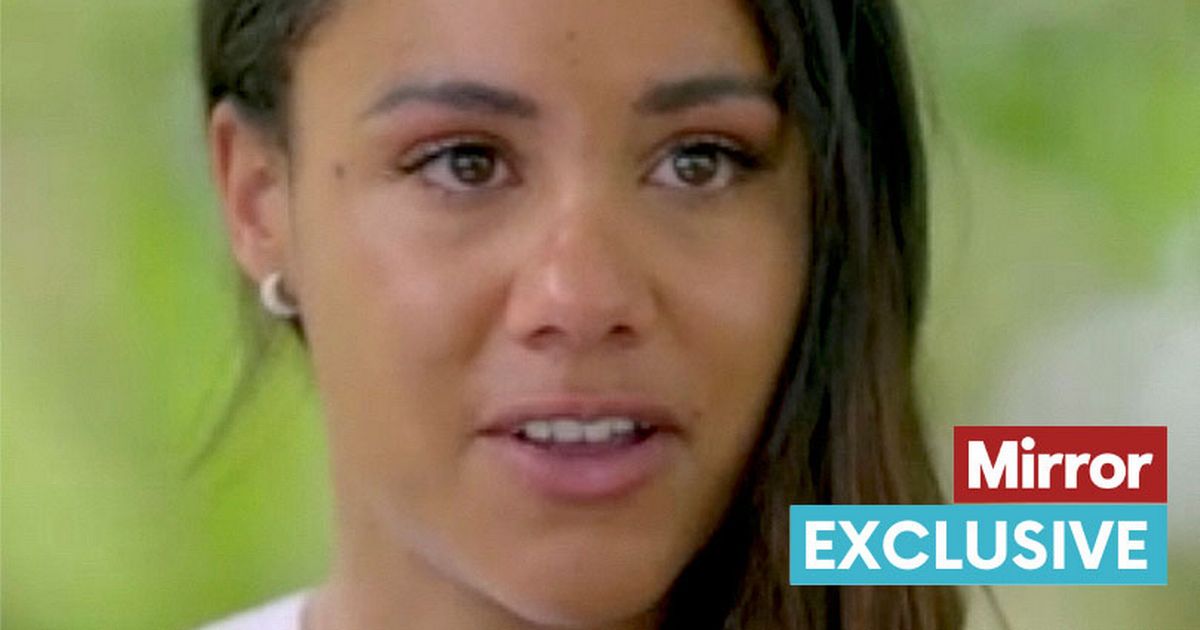 TV presenter Alex Scott makes a shocking discovery about her family on her upcoming episode of BBC show, Who Do You Think You Are?

Who Do You Think You Are? BBC release trailer for 17th series

Alex Scott fights back tears of shock – after discovering her Jamaican ancestor owned 26 slaves in the 1820s.

The BBC star travels to the Caribbean island for the first time in her life, to trace her lineage on her father’s side for Who Do You Think You Are?

But in Jamaica, Alex is horrified to find that her 4x great grandfather Robert Francis Coombs doesn’t just own property, he owns people.

As she is shown records of those enslaved to Robert between 1817 and 1832, Alex, 37, simply cannot believe what she is hearing, asking: “In my family line – this doesn’t sound right coming out of my mouth – but Robert Francis Coombs owned people?”

Presenter Alex Scott makes a shocking discovering on Who Do You Think You Are?

A historian explains that he will have received preferential treatment, allowing him to prosper, for being light-skinned.

She hears it was not unusual at the time for free people of colour to own enslaved people.

Growing tearful, Football Focus host Alex says: “In terms of explaining my emotion behind it, I suppose that goes against everything that I stand for, who I am.”

The star looking at evidence her ancestor once owned slaves
(

And speaking after filming finished, she added: “I was very aware we may be delving into the topic of slavery, but I really did believe I’d be learning about my family as slaves, not the other side, as the slave owners.”

While her dad walked out on the family around the time she signed for Arsenal’s youth team, aged eight, Alex remained extremely close to her nan Philicita, part of the Windrush generation, who lived close by in London’s East End.

She and Alex’s grandfather, John Scott, married in Jamaica in 1946 before moving to the UK.

Alex collecting her MBE award with her grandmother, Philicita
(

The ex-footballer learns that, as well as the relationship Robert had with her great x4 grandmother Frances Tracey, he also had two children with one of the women he owned, Eleanor Frances Henry.

When he died in 1851, well-off Robert left provision for both women and all of his children, ensuring they were well looked after.

Growing emotional again, Alex says: “It was hard to take. That ownership of a human life is so wrong. I don’t think that stories are told a lot about black people owning slaves.”

Despite her shock, Alex insists she is glad to have found out more about her past, for her nan’s sake.

“People hide their past because maybe they see it as something that people will frown upon if they tell true stories.
But I will never be ashamed of my history because it’s made me the person I am today.”

Alex said she’d always had a “special bond” with nan Philicita, who used to cook her Jamaican food and plait her hair.

She said that growing up where she did in London, along with her elder brother Ronnie, had shaped her.

“I am a true East End girl – to me, that council estate was everything.”

While in Jamaica she learns how Robert Coombs’ granddaughter Henrietta – her great, great grandmother – had a tough life, losing her husband, her mother, and two children to “dropsy” within a few years of each other from 1905. Dropsy is a term for oedema, or water retention, and would have been caused by poor diet.

At the start of the film it is clear Alex, who fronted the BBC’s Olympic coverage this summer and is a mental health ambassador, knows very little about her family history.

“I was brought up in a family where you didn’t ask many questions so there wasn’t that free-flowing conversation about where you came from – you just got on with it.”

The Football Focus presenter has no regrets about going on Who Do You Think You Are?
(

“I know what my mum had to go through being a white single mum raising two black kids. When I question how I felt in those times, I felt maybe a little bit lost. I wasn’t black enough to be black, I wasn’t white enough to be white. Who am I? Where do I fit?”

She was devastated when Philicita died in 2017, but happy that she got to accompany her to collect her MBE.

“I knew the importance of having the women around me who have been my inspiration – my mum and my nan. We went to The Ritz for surprise afternoon tea and that’s my last happy memory of my nan, as she passed away soon after. For me, this is a way of connecting with her again.”

After making the documentary, Alex said she had no regrets despite being disturbed by the uncomfortable findings.

“I had put off going to Jamaica because I wanted to wait until I knew more about my family history. This experience gave me the opportunity to do just that. I loved my time there and now feel a deep connection to Jamaica – I cannot wait to go back.”